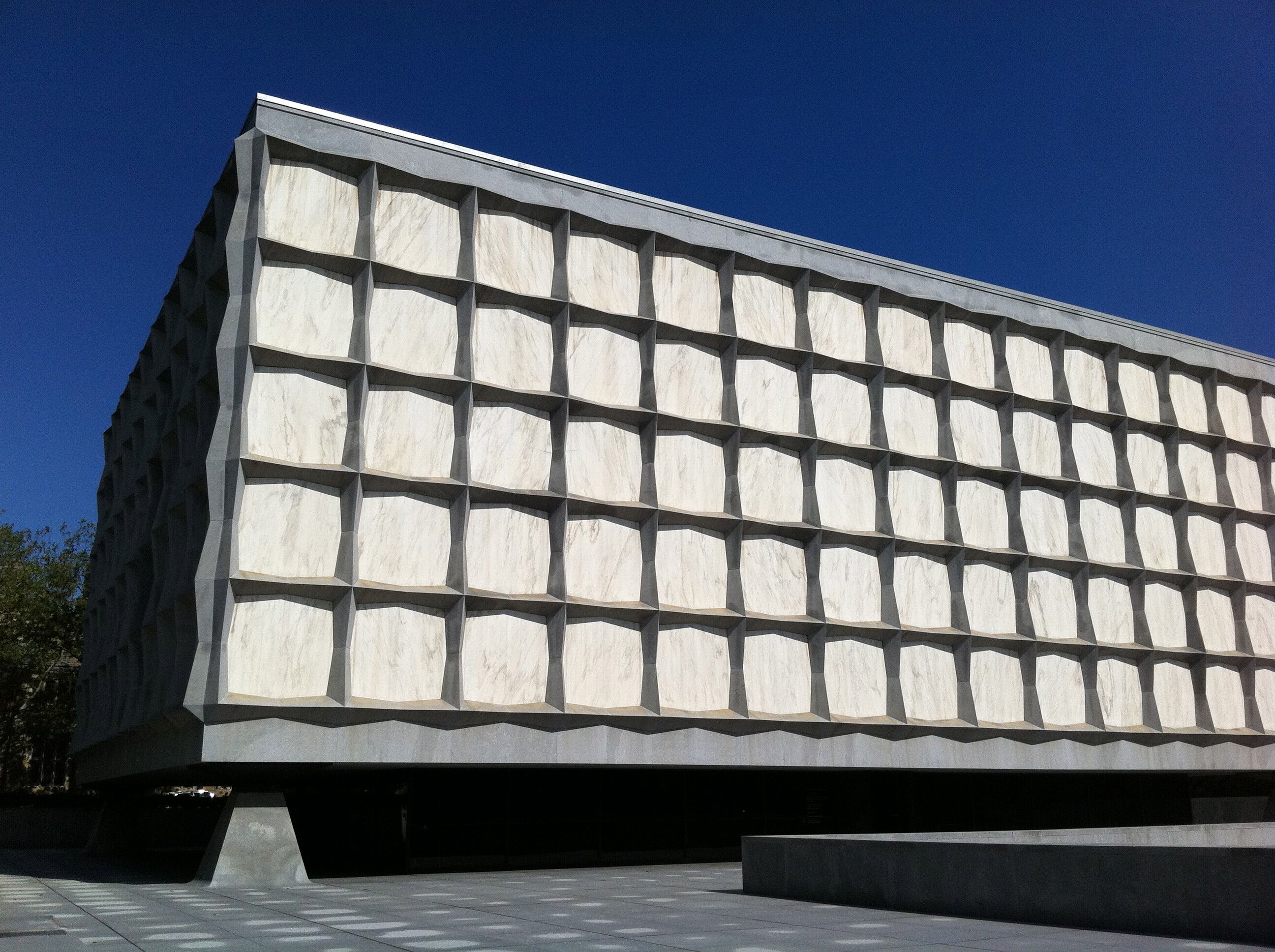 The Beinecke Rare Book & Manuscript Library contains the principal rare books and literary manuscripts of Yale University and serves as a center for research by students, faculty, and other scholars, whether affiliated with Yale or not. Materials do not circulate, but may be used in the Reading Room on the court level after researchers register with the Beinecke.

One of the largest buildings in the world devoted entirely to rare books and manuscripts, the library has room in the central tower for 180,000 volumes and in the underground book stacks for more than a million volumes. Temperature and humidity controls ensure that stored materials are protected for future generations.

The building, of Vermont marble and granite, bronze and glass, was designed by Gordon Bunshaft, of the firm of Skidmore, Owings and Merrill; the George A. Fuller Construction Company was the general contractor. Work began on the building in 1960 and was completed in 1963. The white, gray-veined marble panes of the exterior are one and one-quarter inches thick and are framed by shaped light gray Vermont Woodbury granite. These marble panels filter light so that rare materials can be displayed without damage. From the exterior, however, the building’s powerful stone geometry serves to dominate the space it occupies in Hewitt University Quadrangle, amidst neo-Classical and neo-Gothic neighbors. Also visible across the plaza is Alexander Calder’s “Gallows and Lollipops”.

A revolving glass door provides public entrance to the Beinecke Library. Upon entering, visitors see the glass tower of books that rises through the core of the building. Two stairways ascend on either side to the mezzanine level. Together with the entrance level, the mezzanine functions as a showcase for rotating exhibits that highlight the Beinecke’s rich collections. The Gutenberg Bible, the first Western book printed from movable type, and Audubon’s Birds of America are on permanent exhibition.

END_OF_DOCUMENT_TOKEN_TO_BE_REPLACED

For more information about the Beinecke building, consult: