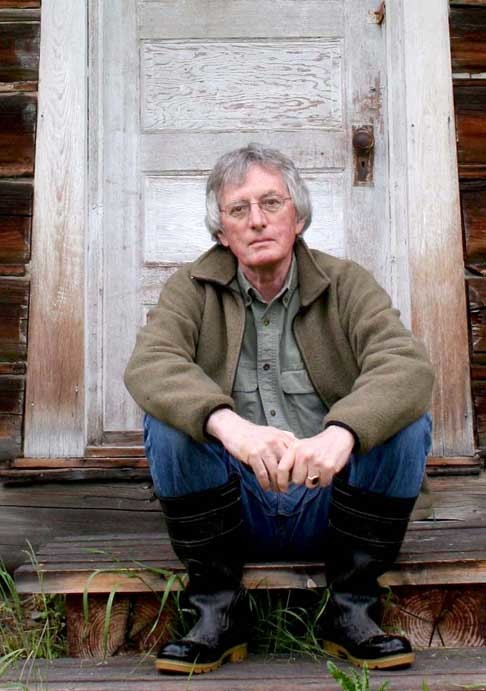 Charles Wright, hailed as one of the leading American poets of his generation, has been named the winner of Yale’s 2013 Bollingen Prize for American Poetry.

The Bollingen Prize in American Poetry is among the most prestigious prizes given to American writers. Established by Paul Mellon in 1949, it is awarded biennially by the Yale University Library to an American poet for the best book published during the previous two years or for lifetime achievement in poetry. The prize includes a cash award of $150,000.

“A poet of remarkable scope and ambition, Wright’s lyrics are like verbal scroll paintings, considering a vast landscape but exploring every aspect in exquisite detail, a stylistic combination that properly figures both the significance and insignificance of the human,” noted the three-member judging committee. “In poems that render the poignancy of moving time, the constancy of the landscape, and the mystery of the invisible, Wright binds the secular and the sacred in language charged with urgency and grace.”

The judges awarded Wright the Bollingen Prize for his 2011 book, “Bye-and-Bye: Selected Late Poems,” describing it as “an extended meditation in which we sense ‘splinters of the divine’ in the phenomena and cyclic changes of the natural world, and in the elusive reaches of memory, myth, and history.

“At the same time,” they noted, “this volume succeeds in capturing the Morandi-like quality that Wright describes as ‘the metaphysics of the quotidian’.”

While stationed in Italy during four years of service in the U.S. Army, Wright discovered the work of Ezra Pound and began to write poetry for the first time. His first collection of poems, “The Grave of the Right Hand,” was published in 1970.

Howe is the author of numerous books of poetry including “The Midnight,” “Souls of the Labadie Tract,” “The Europe of Trusts, Pierce-Arrow,” and “Singularities.” Her most recent book, “That This,” was awarded the Bollingen Prize in 2011. Among O’Brien’s many book titles are “The Fall of the House of Walworth,” “Sonata for Jukebox,” and “Dream Time: Chapters from the Sixties.”  He has published six collections of poetry of which the most recent is “Early Autumn.” A book of his writings on film 2002–2012 will be published later this year. O’Brien is editor and chief of the Library of America.Richardson is professor of English, comparative literature, and American studies at The Graduate Center, CUNY. Author of a two-volume biography of the poet Wallace Stevens, she co-edited, with Frank Kermode, “Wallace Stevens: Collected Poetry and Prose.” Her study “A Natural History of Pragmatism: The Fact of Feeling from Jonathan Edwards to Gertrude Stein” was published in 2007; her book “Pragmatism and American Experience” will be published later this year.