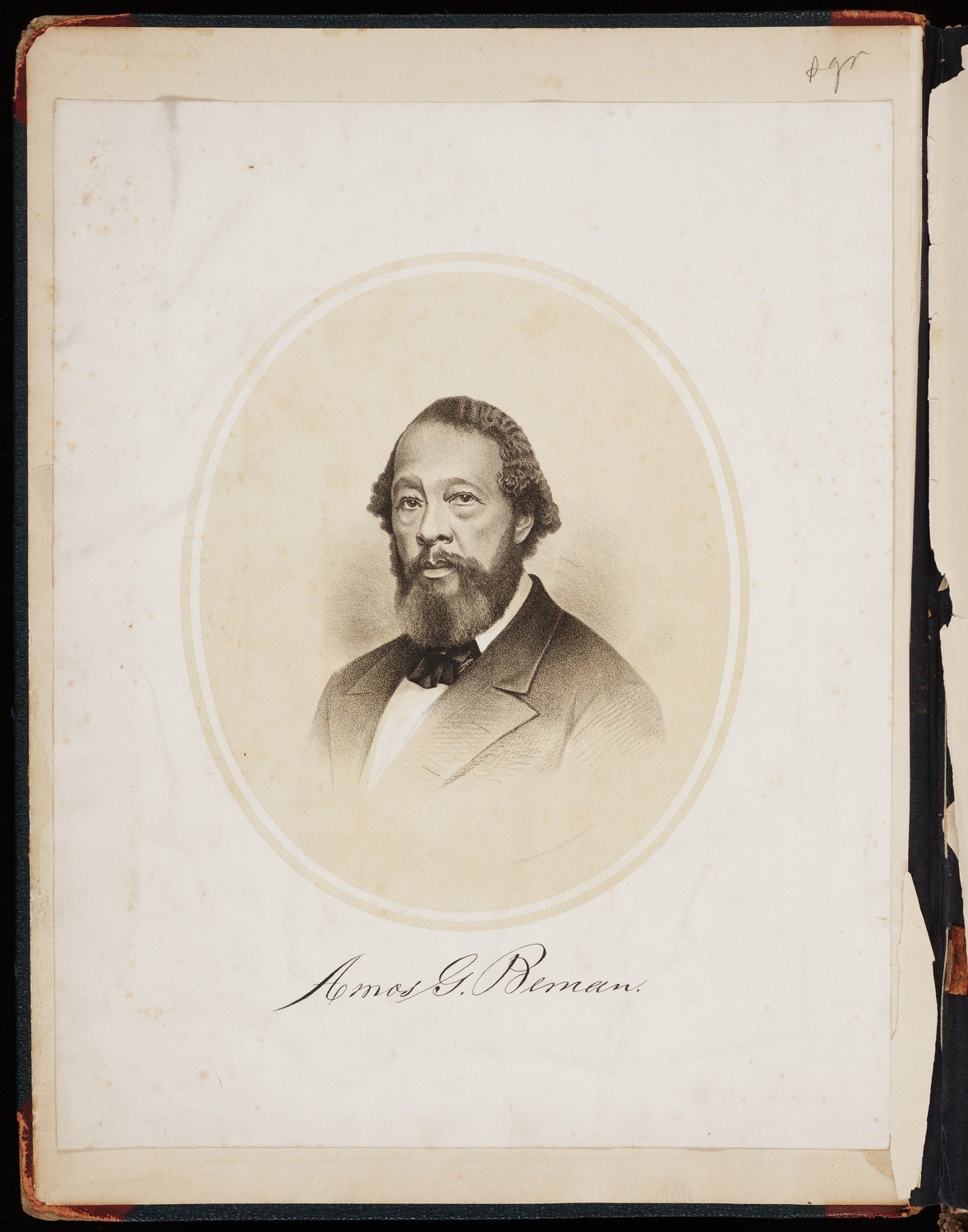 The Amos Beman Scrapbook collection includes news clippings related to and collected by Amos Gerry Beman, a black minister in New Haven, Connecticut. Beman was a national leader during the mid-nineteenth century, a proponent of abolition, suffrage, temperance and educational and moral reform.

Beman grew up in Colchester, Connecticut and later Middletown, Connecticut, where his father, Jehiel Beman, was appointed pastor to the first African American church in Connecticut. Beman’s father had worked tirelessly for emancipation and civil rights, and his grandfather, Caesar Beman, had been manumitted after serving in the Revolutionary War.

The scrapbooks document the parish where Amos Beman served as pastor and the work of other ministers; they include church dedications, announcements of temperance meetings, discussions of education for African-Americans, debates regarding African colonization, published speeches of Frederick Douglass, accounts of Amos Beman’s public appearances and speaking engagements, as well as correspondence, letters to the editor authored by Beman and the Proceedings of the Connecticut State Convention of Colored Men, held in New Haven on September 12-13, 1849 and June 6-7, 1865.