Architectural Fantasies of the “Soviet Piranesi” 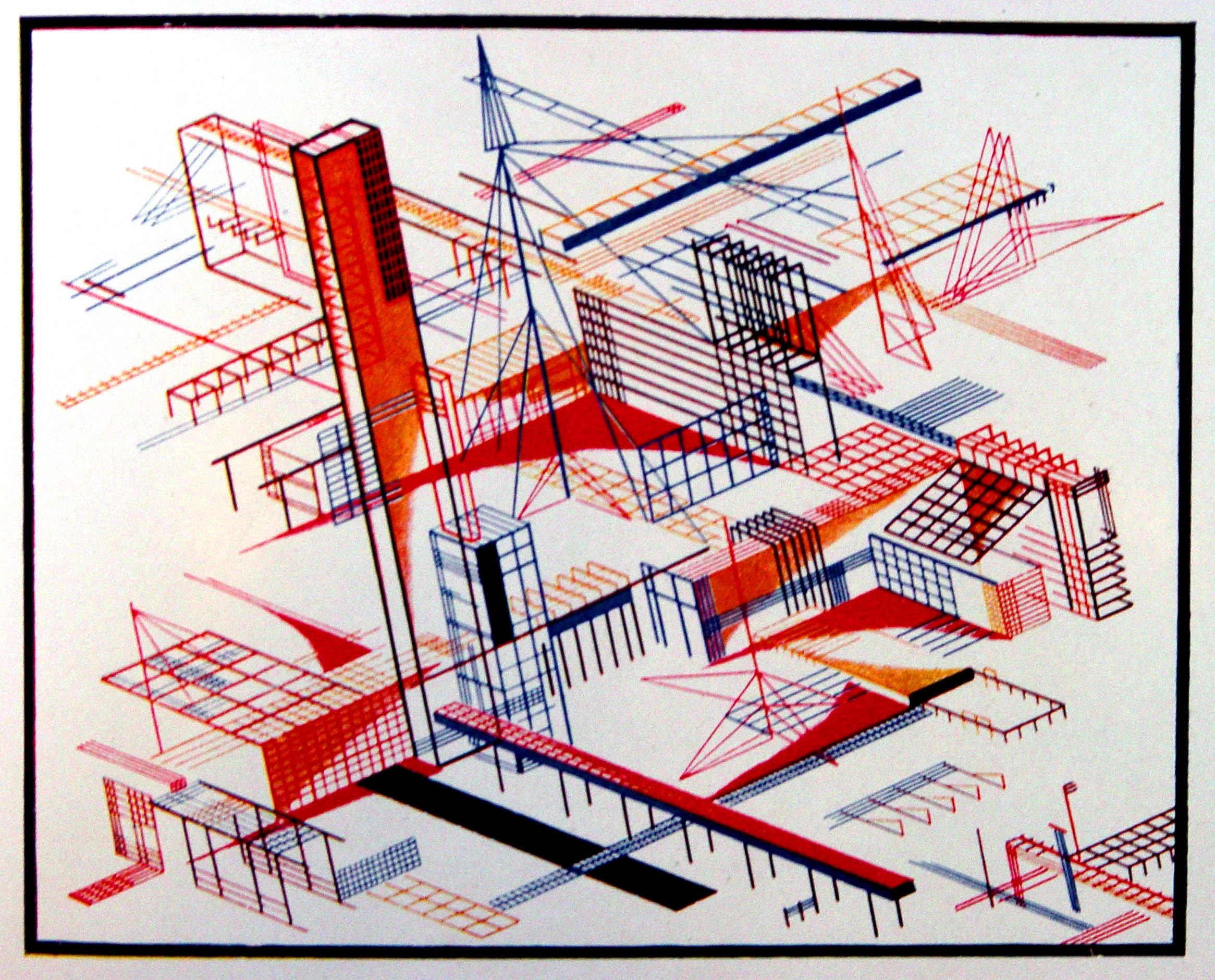 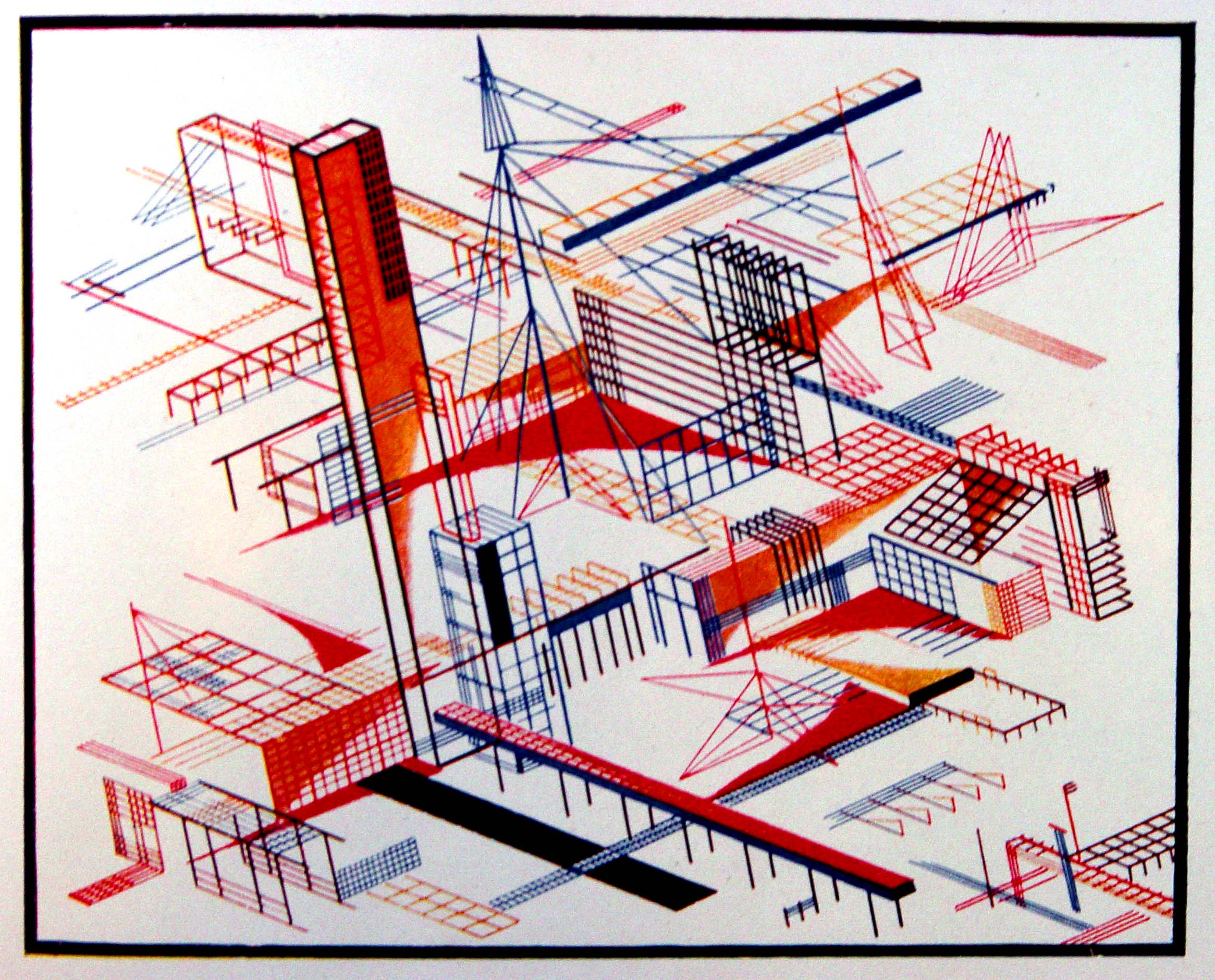 Between 1929 and 1933, Iakov Chernikhov published three major works that together compose a vivid documentation of Constructivist architecture in Soviet Russia. It was above all the last of these, Architektura Fantazii, that earned him the reputation of being “the Soviet Piranesi.” Featured here, the color plates at the back of this volume capture the interplay of architecture, painting, interior and graphic design that was a hallmark not only of Russian Constructivism, but also of many other modernist movements–De Stijl, Bauhaus, Elementarism, to name a few–that likewise strove to integrate the creative arts in a way that would not only reflect the new utopian societies they imagined, but would actually serve as vehicles for their realization as well. 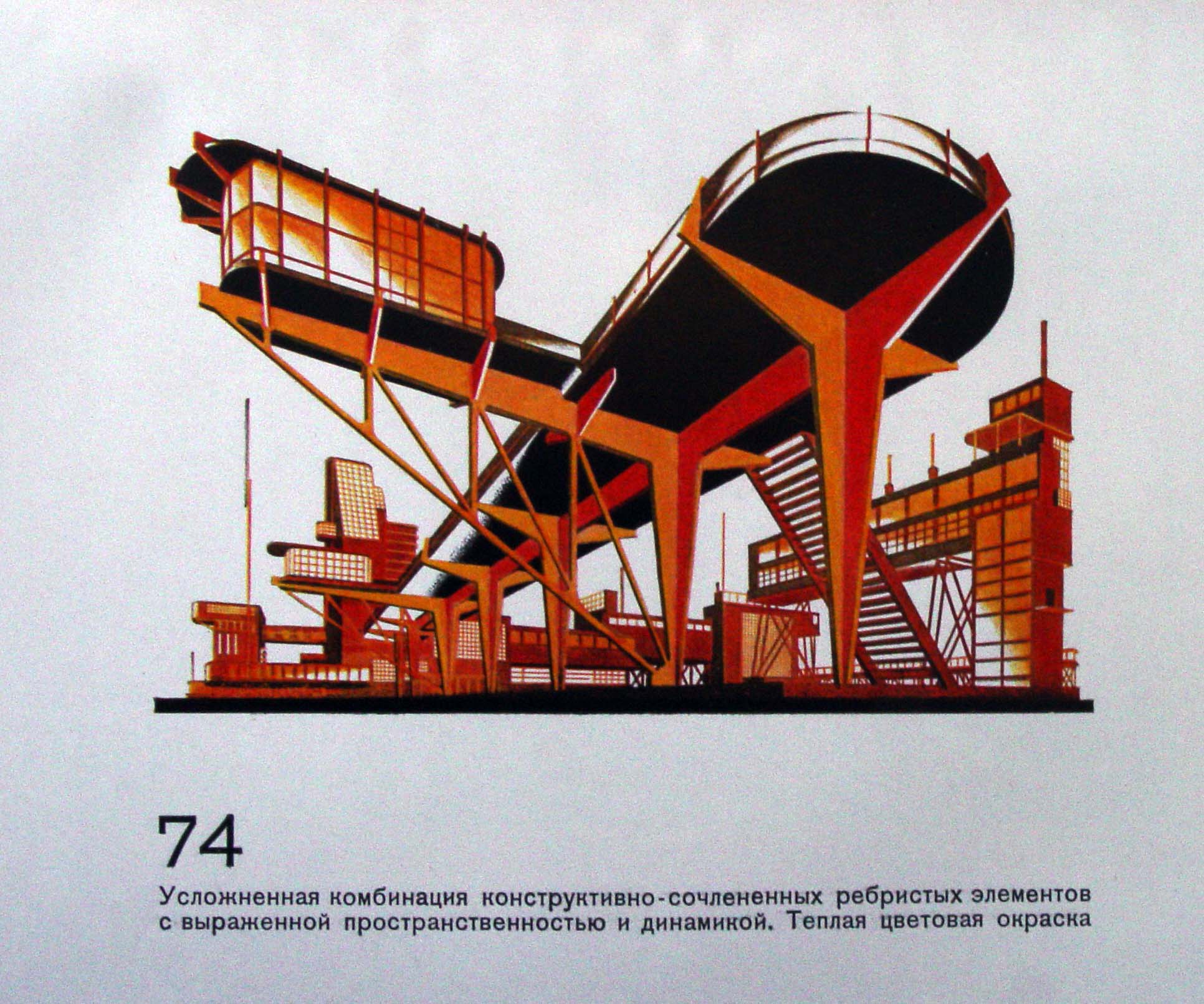 Chernikhov’s bold use of line, color, empty space, and multivalent form seems to blur the distinction between painterly abstraction and  architectural drawing, much as Lissitzky’s prouns had done a decade or so earlier, but from the other direction. A latecomer to Constructivism, Chernikhov had himself long been interested in relations between painting and architecture. After graduating from the Odessa School of Art in 1914, he moved to Petersburg, where he initially continued his studies in painting at the Academy of Arts in St. Petersburg, but in 1916 he switched to architecture and eventually graduated as a certified practicing architect in 1925. During the late 1920s and early 1930s, Chernikhov devoted much time to teaching at various Soviet schools, where he focused on providing his students with a necessary introduction to “graphic literacy,” devising courses on “Methods of Depiction,” ”Projection Sketching” and “Projection Drawing” while simultaneously striving to compile an “Encyclopedia of Geometric Drawing” and “A Course on Curves.” The fruits of these efforts appeared in two large textbooks published at the end of the decade, Osnovy Sovremennoi Arkhitektury (Fundamentals of Modern Architecture, 1929-30) and Konstruktsiya Architekturnykh i Mashinnykh Form (The Construction of Architectural and Machine Forms, 1931). 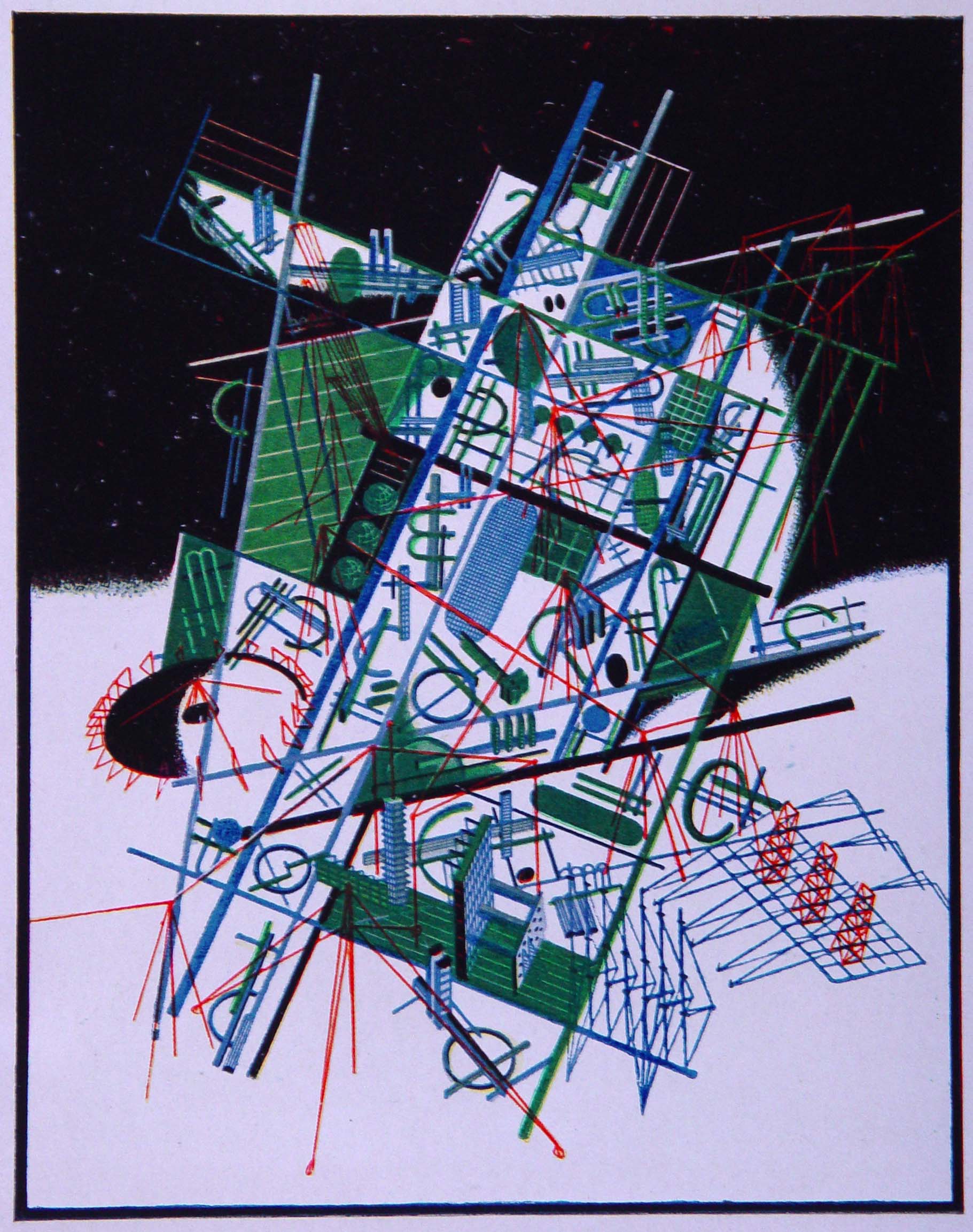 But his Architectural Fantasies remain unrivaled as an expression of his vision, inspiring generations of architects in the later twentieth century and beyond. 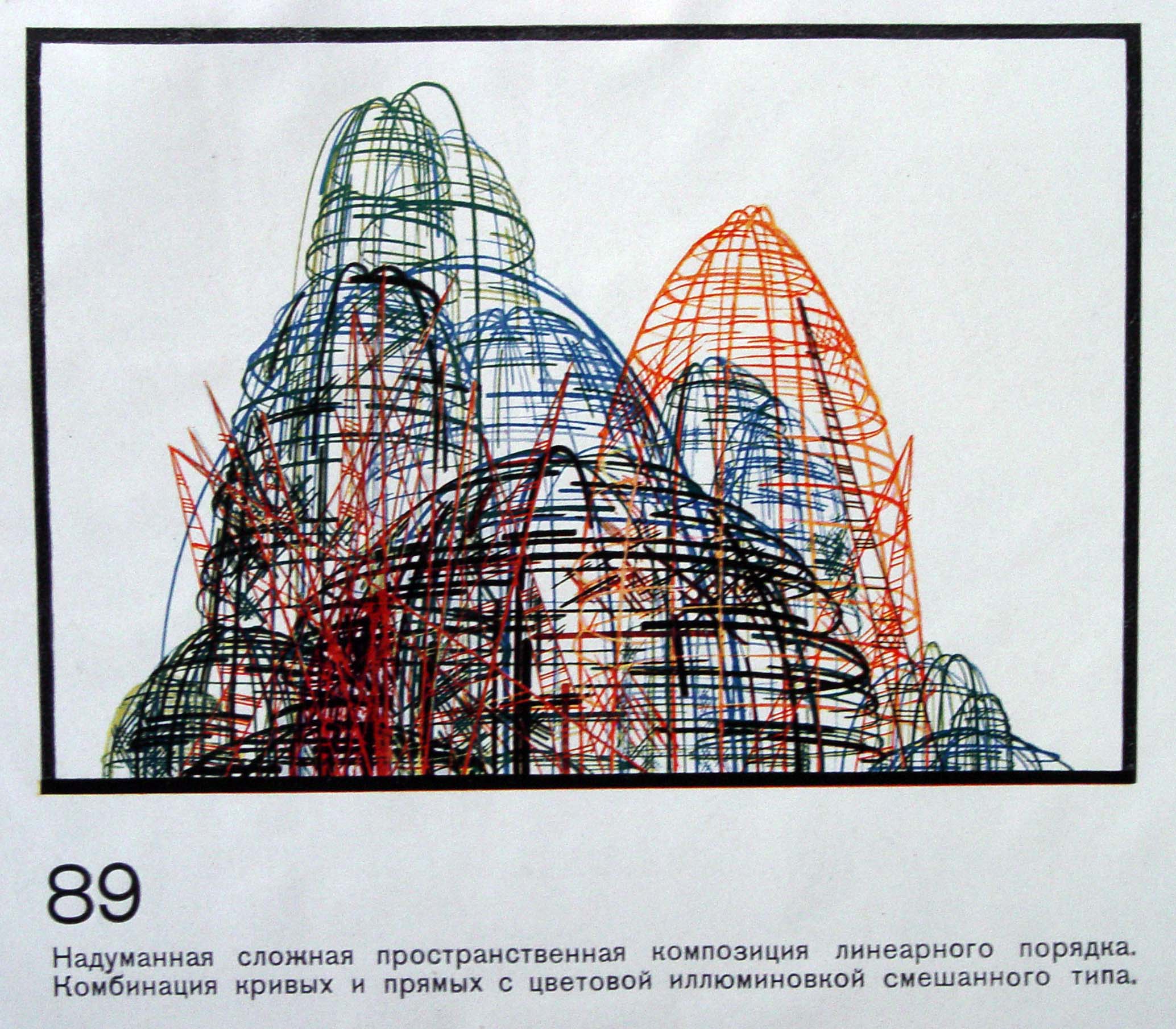 Earlier this year, Beinecke acquired Chernikhov’s first two textbooks (check out the “Uncataloged Acquisitions” search engine on the Beinecke’s homepage), for which the Fantasies now make a fine companion volume as welll as an exquisite addition to the General Modern Collection’s holdings of Russian Constructivism and European avant-garde architecture.