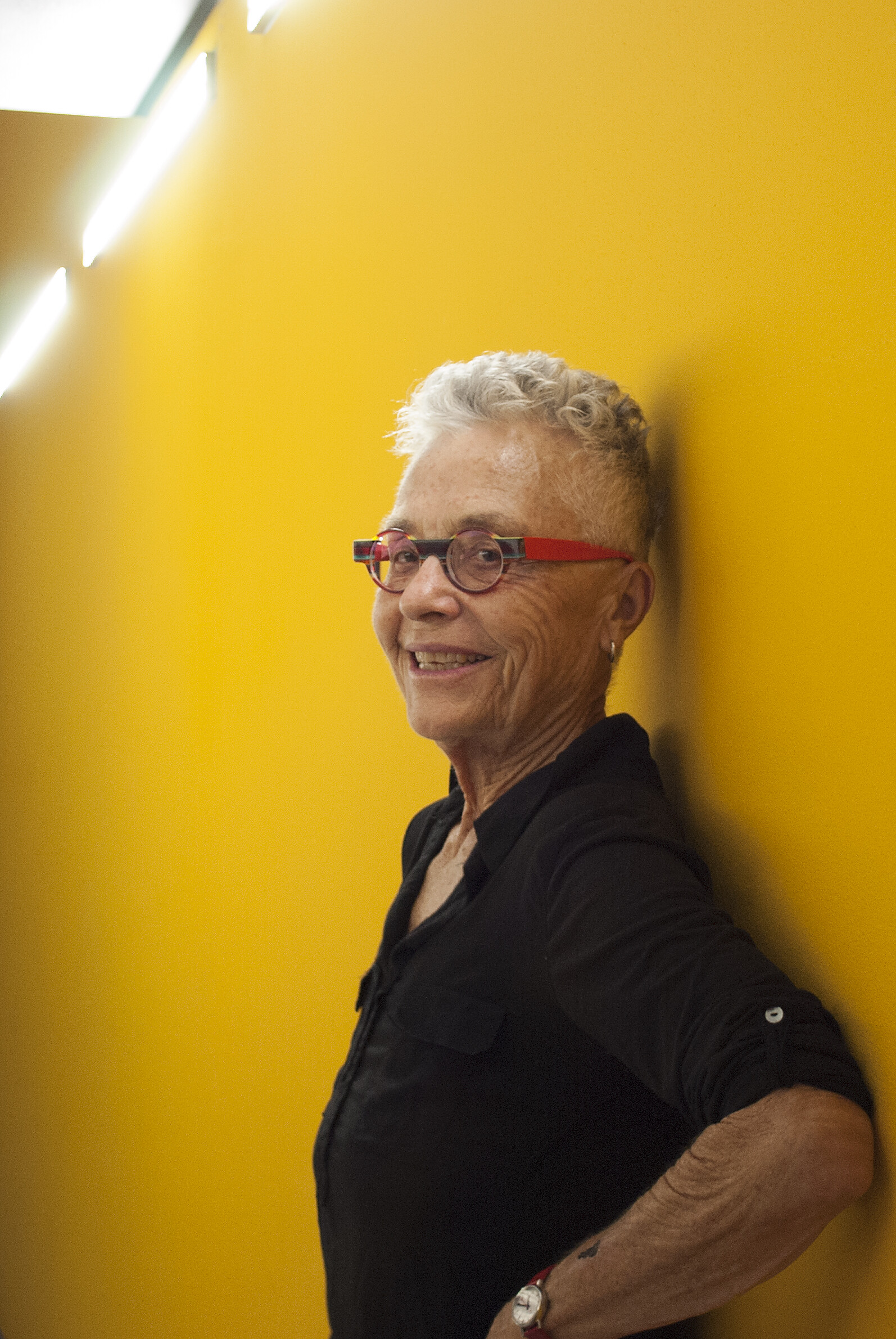 The Beinecke Rare Book and Manuscript Library has acquired the archives of visual artist and filmmaker Barbara Hammer. The archives consist of notebooks, journals, manuscripts, correspondence, and photographs spanning several decades. They will be open for research in 2018 following archival processing.

END_OF_DOCUMENT_TOKEN_TO_BE_REPLACED

A pioneer of queer cinema, Hammer has made over 80 moving image works in a career that spans 40 years.

“Barbara Hammer is an extraordinary innovator and influencer in contemporary culture,” says Timothy Young, Curator of Modern Books and Manuscripts at the Beinecke Library.  “For more than four decades, she has been at the forefront of conversations about sexuality, gender roles, and the body, making art of interest to scholars and students.”

“Our colleagues at the Yale Film Study Center note her as the most influential lesbian filmmaker of the 1970s, and their collections include her early films, including Dyketactics, Women I Love, and Double Strength, on 16mm film, which they screen in their original format,” Young notes. “The addition of her extensive archives will enrich teaching and learning at Yale in many fields, from women’s and gender studies to filmmaking and art, and will draw scholars from beyond campus now and in the future.”

Hammer says, “I am delighted that my archives will live alongside and be in conversation with those of artists such as Georgia O’Keeffe and Gertrude Stein and Alice B. Toklas, among others who experimented in their work, while making important contributions to the social and sexual landscape.”

“Yale’s Beinecke Library is among the foremost centers in the world for lesbian and gay archives,” Hammer notes, “with a strong commitment to making primary source material from both the distant and the recent past accessible in the present to inform the future.”

“The Beinecke Library is a dynamic institution,” Young says, “and we are so pleased to add Barbara Hammer’s to a growing set of collections that include the papers of Stein and Toklas, Mary Ellen Bute, Monique Wittig, and Lisbet Tellefsen.”

Hammer’s work will be showcased in a number of festivals and venues this fall, including the 55th Annual New York Film Festival and the Leslie-Lohman Museum of Gay and Lesbian Art.  To read her full biography and a list of other upcoming screenings and exhibitions of her work, please visit Hammer’s website: http://barbarahammer.com