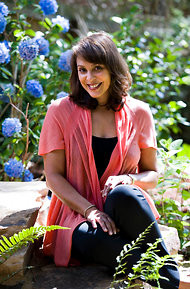 The Library of Congress is to announce Thursday that the next poet laureate is Natasha Trethewey, the Pulitzer Prize-winning author of three collections and a professor of creative writing at Emory University in Atlanta. Ms. Trethewey, 46, was born in Gulfport, Miss., and is the first Southerner to hold the post since Robert Penn Warren, the original laureate, and the first African-American since Rita Dove in 1993.

Unlike the recent laureates W. S. Merwin and her immediate predecessor, Philip Levine, both in their 80s when appointed, Ms. Trethewey, who will officially take up her duties in September, is still in midcareer and not well-known outside poetry circles. Her work combines free verse with more traditional forms like the sonnet and the villanelle to explore memory and the racial legacy of America. Her fourth collection, “Thrall,” is scheduled to appear in the fall. She is also the author of a 2010 nonfiction book, “Beyond Katrina: A Meditation on the Mississippi Gulf Coast.”

“The appointment of Natasha Trethewey is a very welcome event,” said Dana Gioia, a former chairman of the National Endowment for the Arts and an early admirer of her work. “She writes out of the complicated history of the region, and even from her own complicated history.” In a phone interview explaining his choice James Billington, the librarian of Congress, said: “We’re not necessarily on some kick to find a younger poet. The more I read of it, American poetry seems extremely rich in diversity, talent and freedom of expression, and she has a voice that is already original and accomplished. I have an affinity for American individuals who are absolutely unique, and I think that this is one.”

He first became aware of Ms. Trethewey (pronounced TRETH-eh-way) when she gave a reading at the National Book Festival in 2004: “I admired the way she had a certain classical sound but also moved easily from traditional forms to free verse. And then when I began reading her poems for myself, that impression was just confirmed. It seemed very natural, all of a piece.” He added: “I go to a fair number of poetry readings, and I’m not always motivated to go back and read the poems. But in her case I was.”

Ms. Trethewey’s great theme is memory, and in particular the way private recollection and public history sometimes intersect but more often diverge. “The ghost of history lies down beside me,” she writes in one of her poems, “rolls over, pins me beneath a heavy arm.”

She has devoted much of her career to resurrecting or recreating the histories of people who don’t often make it into poetry books. Her first volume, “Domestic Work” (2000), is about just what the title says: black maids, washerwomen, factory workers. One of the poems begins:

“The eyes of eight women

stare out of this photograph

“Bellocq’s Ophelia” (2002) is a sort of epistolary novella in verse, telling the imagined story of one of the mixed-race prostitutes photographed in the early 20th century by E. J. Bellocq in New Orleans. “Native Guard,” which won the Pulitzer in 2007, devotes its central sequence to the Louisiana Native Guards, a black regiment in the Union Army, composed mostly of former slaves who enlisted, that was assigned to guard Confederate prisoners of war. Ms. Trethewey used to visit a memorial to those prisoners as a child, but according to her poem “Elegy for the Native Guards,” their graves have gone unmarked and unrecorded.

In a phone interview from her home in Decatur, Ga., where she lives with her husband, Brett Gadsden, a history professor at Emory, Ms. Trethewey explained that the Civil War has fascinated her since childhood, and that she eventually came to feel that she embodied some of its contradictions. “My birthday is April 26th, Confederate Memorial Day,” she said. “I was born 100 years to the day after that holiday was invented. I don’t think I could have escaped learning about the Civil War and what it represented.”

Robert Penn Warren, who wrote so eloquently and at times conflictedly about the South and its history, is one of her models, and so is Gwendolyn Brooks, the first black laureate. But just as helpful in the writing of “Native Guard,” Ms. Trethewey said, was the example of Seamus Heaney and especially his 1975 book “North,” in which he responds to the violent political history of Ulster. “I read and reread the book to help understand my own relationship to history,” she said.

As one of her poems explains, Ms. Trethewey is the product of a union that was still a crime in Mississippi when her parents married: her mother was black and her father was white. Years later, after her mother’s death, she came across her own birth certificate and saw that the line for the race of her mother says, “colored,” the race of her father, “Canadian.”

“That’s how language works — how we change and rewrite ourselves,” she said.

When Ms. Trethewey was 19 and in college, her mother was murdered by her second husband, an abusive man she had divorced, and the effort of trying to recover her mother’s memory is one of Ms. Trethewey’s other major themes. “But in dreams you live,” she writes in “Native Guard,” “so I try taking, not to let go. You’ll be dead again tomorrow.”

Recalling her mother’s death, she said, “Strangely enough, that was the moment when I both felt that I would become a poet and then immediately afterward felt that I would not. I turned to poetry to make sense of what had happened and started writing what I knew even then were really bad poems. It took me nearly 20 years to find the right language, to write poems that were successful enough to explain my own feelings to me and that might also be meaningful to others.”

Speaking of the laureateship, she said, “One needs to admit it’s something that crosses the mind.” All the same, when the phone rang in early May and she saw the Library of Congress number on caller ID, she thought it might be a prank. “I thought to myself, ‘Really?’ ” she said.