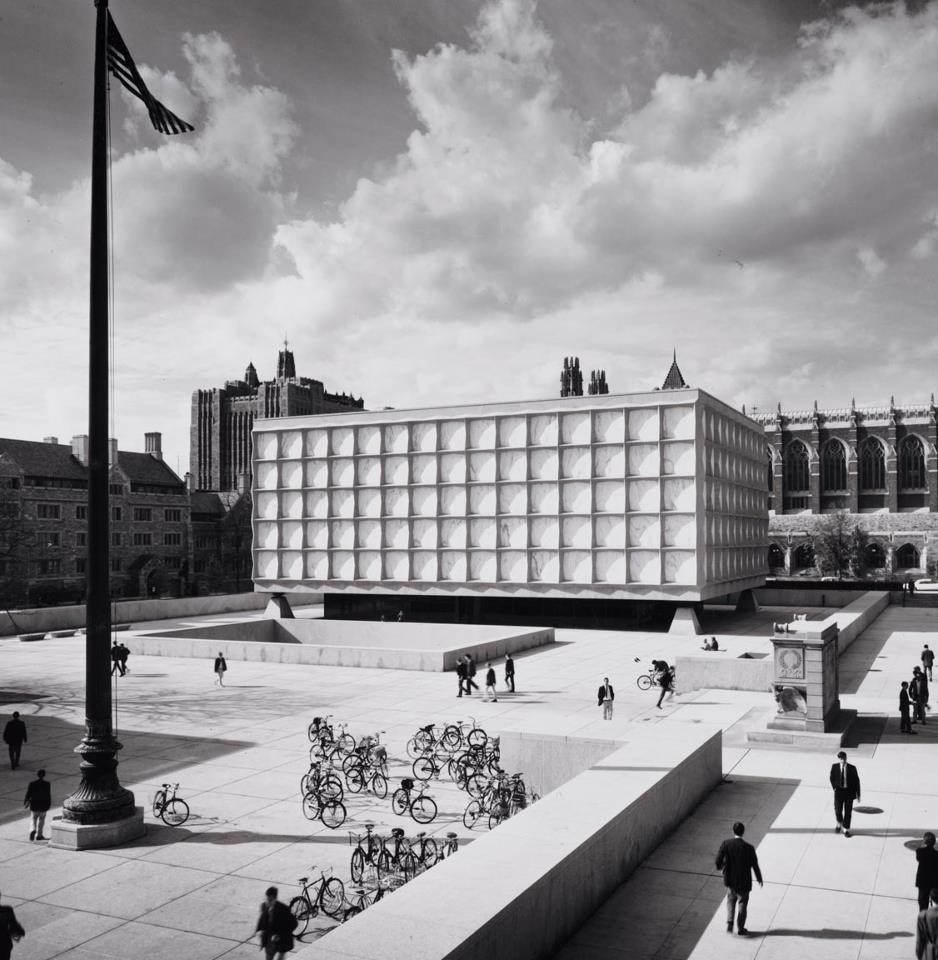 Established in 1963, Yale’s Beinecke Library celebrates its 50th anniversary with a yearlong series of exhibitions and special events, from lectures and conferences to poetry readings and concerts.

Two full-year exhibitions explore the Beinecke’s architecture and its people. In addition, a series of exhibitions showcases rarely-seen manuscripts, printed works, and visual objects from across all curatorial areas.

The Beinecke Rare Book & Manuscript Library is one of the world’s largest buildings devoted entirely to rare books and manuscripts and is Yale’s principal repository for literary archives, early manuscripts, and rare books. The Beinecke Library’s robust collections are used for teaching and the creation of new scholarship by researchers from around the world. Ranging from ancient papyri to great writers and artists of the twenty-first century, the collections are open for research in the Reading Room.

“One of the biggest changes over the past fifty years is a much greater emphasis on outreach,” said Beinecke Director E.C. Schroeder. “The Beinecke has opened up the collections to Yale students through graduate fellowships and more than three hundred classes per year.”

The Library was built as part of a burgeoning of modernist buildings at Yale in the 1950s and 60s and is a living monument to its era. Architect Gordon Bunshaft, sculptor Isamu Noguchi, and the University all won awards for the project. Today, the Beinecke Library is widely regarded as one of the most visually stunning libraries in the world.

The building shields its volumes from damaging sunlight with marble walls while displaying them to the public. Constructed of natural materials, marble “panes,” granite, and bronze, the public space is dominated by a six-story glass tower of books rising through the core of the building. In the sunken courtyard, Isamu Noguchi’s abstract white marble sculpture garden and the expansive plaza cover two floors of underground offices and book stacks, housing millions of volumes.

The mezzanine showcases rotating exhibitions, lectures by preeminent thinkers, and musical performances, all free and open to the public. Permanent displays include the Gutenberg Bible, the first Western book printed from movable type, and Audubon’s Birds of America.

Although the Beinecke’s activities have evolved in its first half-century, the mission remains steady: to collect, describe, preserve, and make available materials for teaching and research. “How we do that has changed,” Schroeder explained. “Almost ten times as many people come to know the Beinecke through our website and Digital Library as come through our front door.”