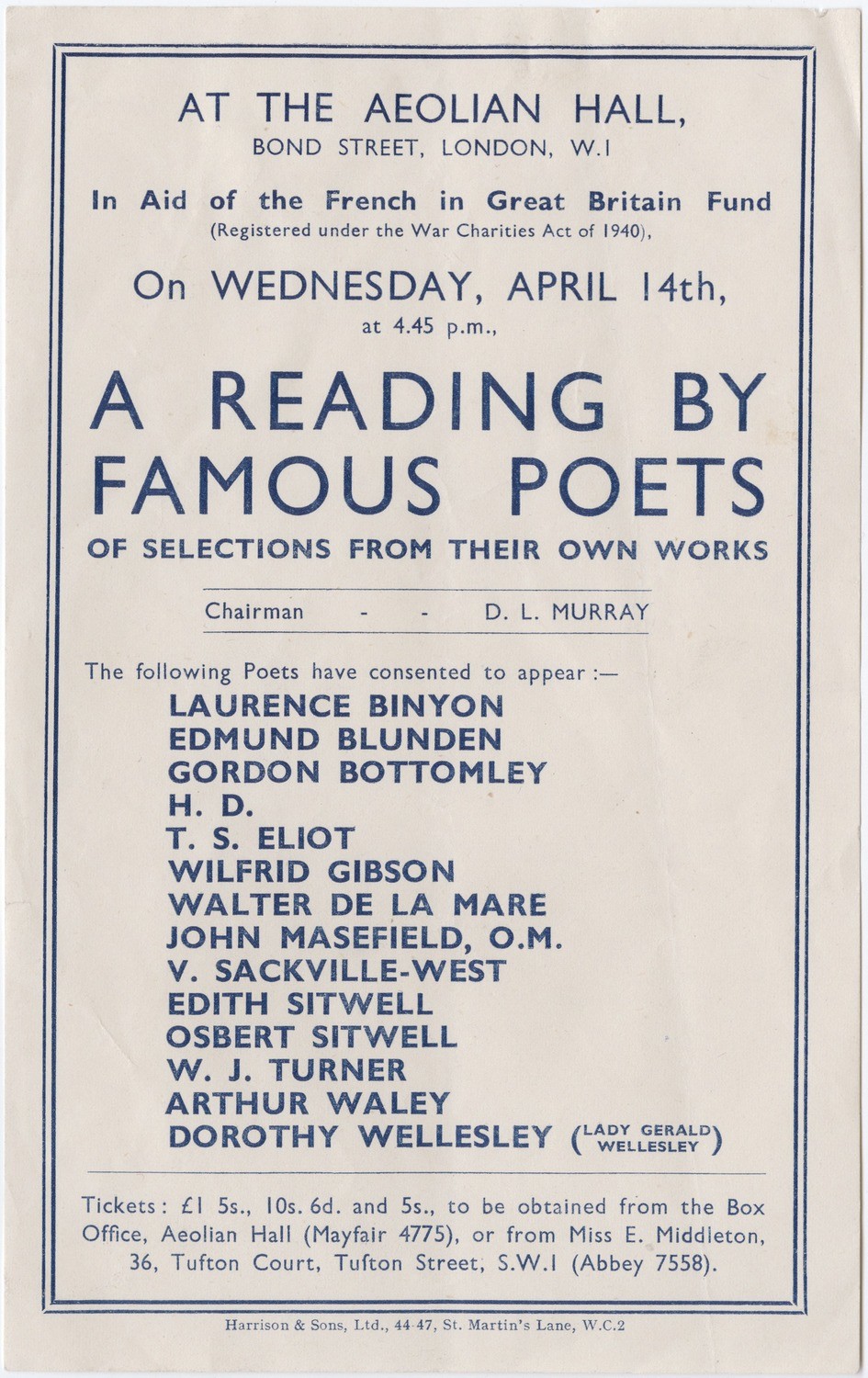 Beginning in fall 2007, recordings of many events in the Yale Collection of American Literature Reading Series will be available as podcasts that can be downloaded as well as streamed directly from the web. The first podcasted event, Charles Bernstein’s October 2007 poetry reading, is now available: Charles Bernstein Reading at the Beinecke Library MP3. New podcasts of recent readings will be added to the following page as soon as they become available: Beinecke Library Readings: Podcasts and Steaming Audio.

Image: A reading by famous poets of selections from their own works. From the Bryher Papers.