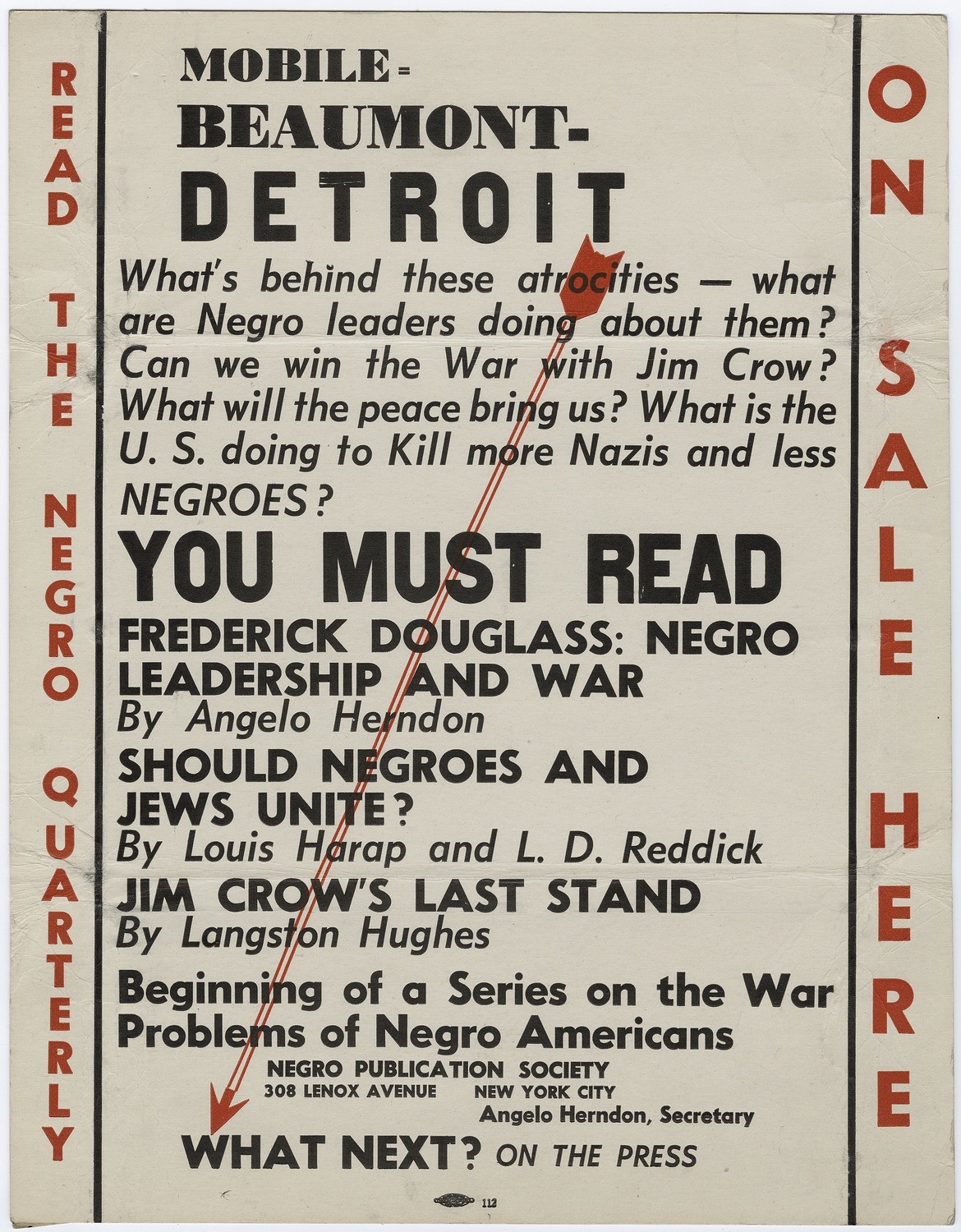 The James Weldon Johnson Memorial Collection of African American Arts at Letters at the Beinecke Library includes a rich collection of broadsides, works printed on a single sheet of paper and often intended for easy public distribution. Like its relatives the handbill, poster, and leaflet, a broadside serves as a public broadcast of the text it carries and is often intended to reach a more diverse audience than book publication might allow. Broadsides in the James Weldon Johnson Memorial Collection include a wide variety of texts, such as political statements, poetry, song lyrics, event announcements, and advertisements; some are illustrated and include striking or provocative images that compliment or contrast with the text. Recently acquired broadsides include those listed below; others can be located in Orbis or the Uncataloged Acquisitions Database.

Democratic Party (Ga.), “Colored Voters Read: Here is One Instance of the Treatment the Colored People of Georgia Receive at the Hands of the State Democratic Party,” [Georgia]: [1894].