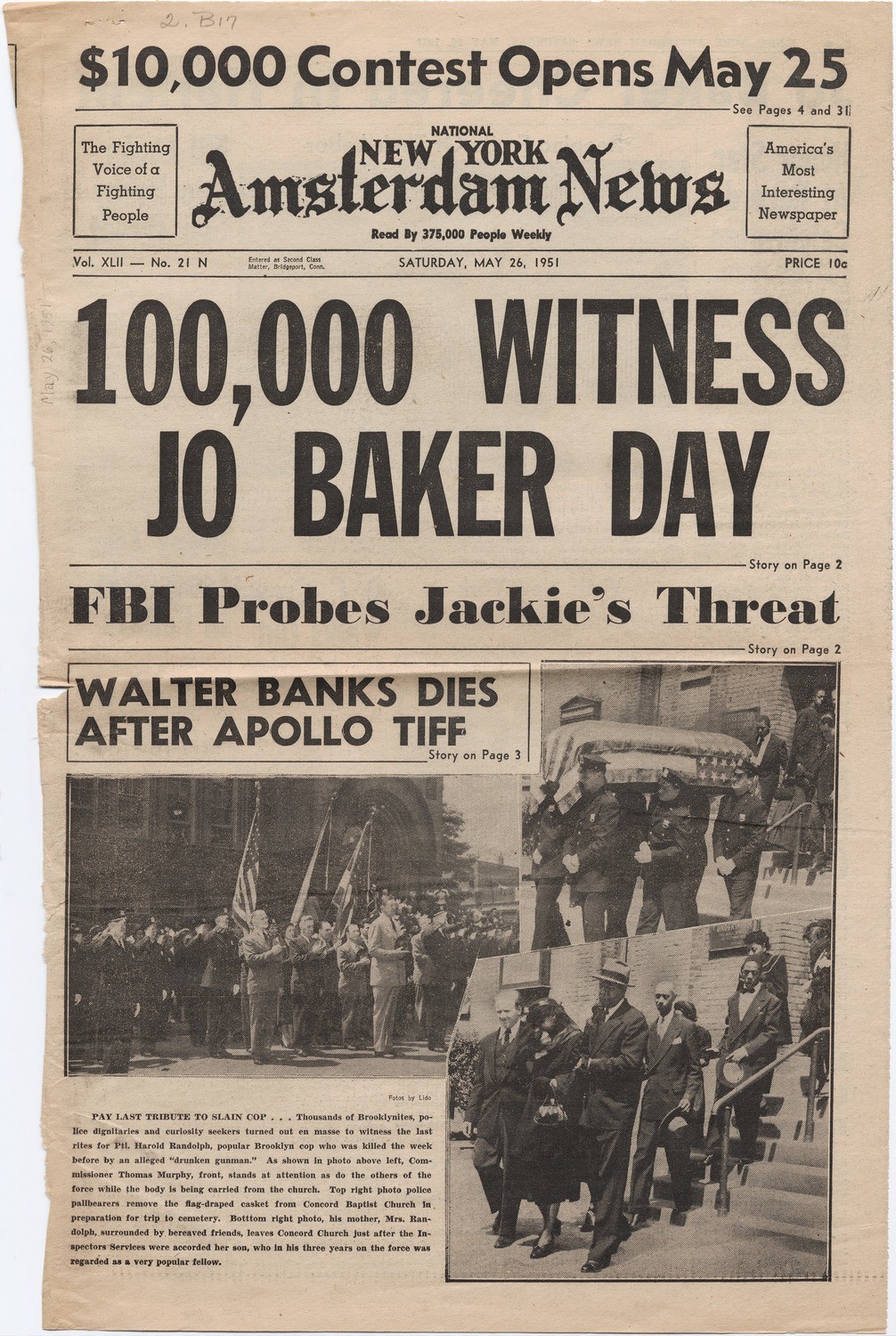 The collection highlights the achievements of individual African Americans, the work of community and education organizations, and areas such as film, theater, music, politics, and civil rights. The clippings were collected primarily by Langston Hughes, James Weldon and Grace Nail Johnson, Ollie Jewel Simms Ocala (a friend and close associate of the Johnsons), and Carl Van Vechten, with some additional materials added by others. Clippings in the collection are drawn from national and regional news sources as well as newspapers and magazines with an African American focus. The majority of clippings are from New York, Ohio, Arkansas, Illinois, and Pennsylvania newspapers. The collection also includes pamphlets and ephemeral publications (primarily found in the JWJ 1 call number range but also found in both JWJ 2 and JWJ 2x).