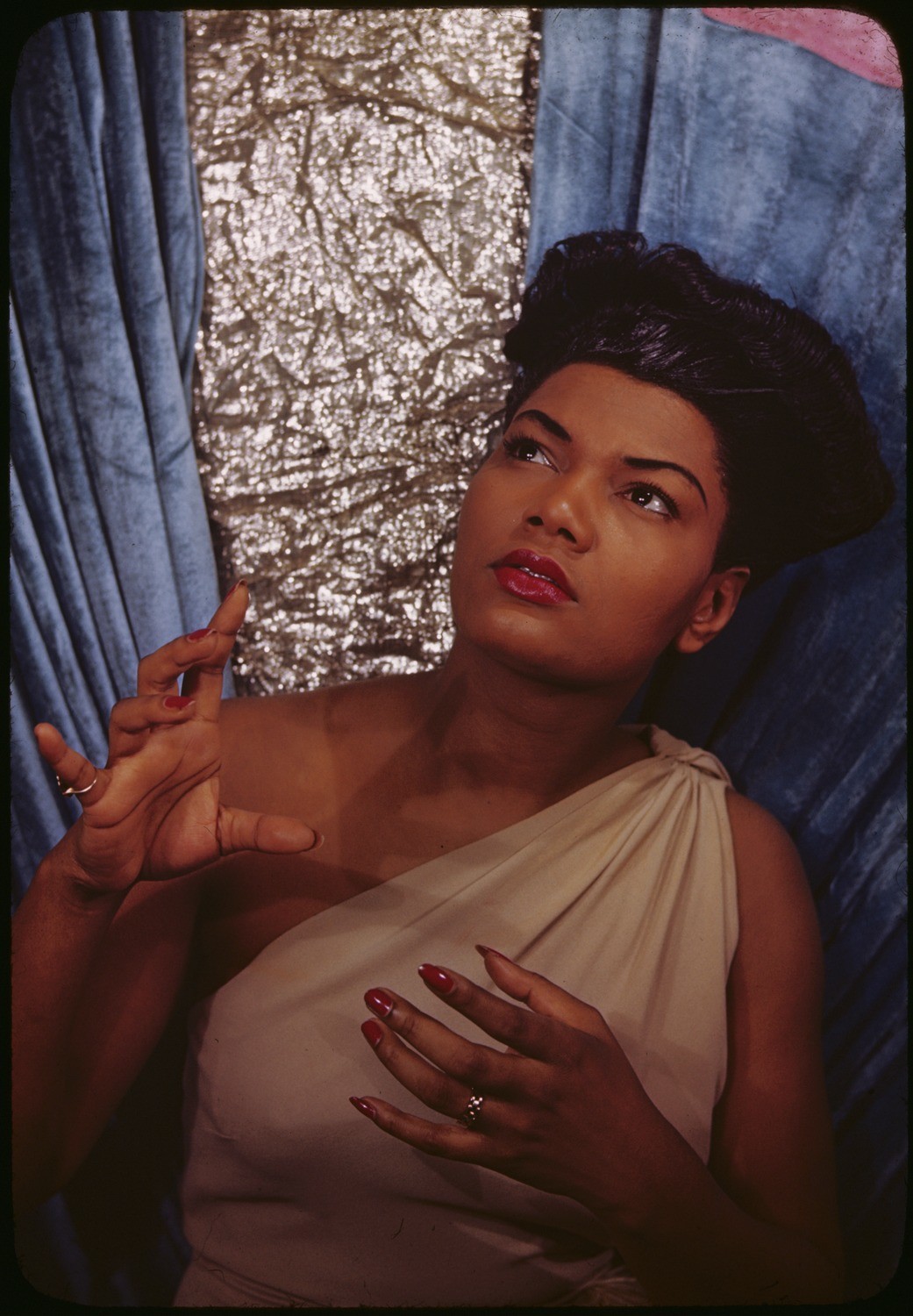 A new digital initiative at the Beinecke Library will scan several thousand color slides of portraits of notable African Americans by photographer Carl Van Vechten. The images, hundreds of which are already available, will be added to the Beinecke’s Digital Library. Carl Van Vechten’s black and white photographs of African American poets, playwrights, musicians, dancers, artists, thinkers, and others are well known and highly regarded. Because he didn’t print his color photographs, however, these images have never been widely viewed and are publicly available now for the first time. Carl Van Vechten was a popular novelist and a respected music and dance critic decades before he began photographing his friends and acquaintances in the 1930s. He was also an enthusiastic supporter of the writers and artists of the Harlem Renaissance and he counted Langston Hughes, Ethel Waters, James Weldon Johnson, and Zora Neale Hurston among his closest friends. Van Vechten was a founder of the James Weldon Johnson Memorial Collection of African American Arts and Letters at Yale University; at his urging, many African American writers and artists gave manuscripts and archival materials to the collection in Johnson’s honor. When he began taking photographs, Van Vechten set out to document the important figures of the African American literary and artistic communities. The color slides in the Beinecke’s collection reveal new aspects of Van Vechten’s artistic vision as a photographer. Van Vechten claimed Henri Matisse as an important influence; it is clear from viewing his portraits in color that, in selecting his signature backdrops, Van Vechten was inspired by the painter’s often bright color palate and bold use of patterning. In addition to his portraits of Harlem Renaissance figures, the Beinecke’s collection of Van Vechten’s photographic prints includes his portraits of important Modernist writers (such as Gertrude Stein and Marianne Moore), figures in the American theater community (such as Eugene O’Neill and Susan Glaspell), the international ballet (such as Nora Kaye and Sono Osato), Hollywood luminaries (such as Lillian Gish and Hedda Hopper) among many many others. A description of the collection is on line: Van Vechten Photographs Preliminary List. The photographer’s correspondence with many of his subjects and others as well as manuscripts of his writings are also in the Beinecke’s collections: Carl Van Vechten Manuscript Survey and Carl Van Vecthen Correspondence Preliminary List. An exhibition of portraits of women from the Van Vechten collection can be viewed on line: Extravagant Crowd: Carl Van Vechten’s Portraits of Women. Additional related materials can be found in numerous Beinecke collections by searching the Finding Aid Database; recently acquired materials may be found in the Uncataloged Acquisitions Database. Carl Van Vechten’s books in the Yale Libraries can be located by searching Orbis, the library catalog.