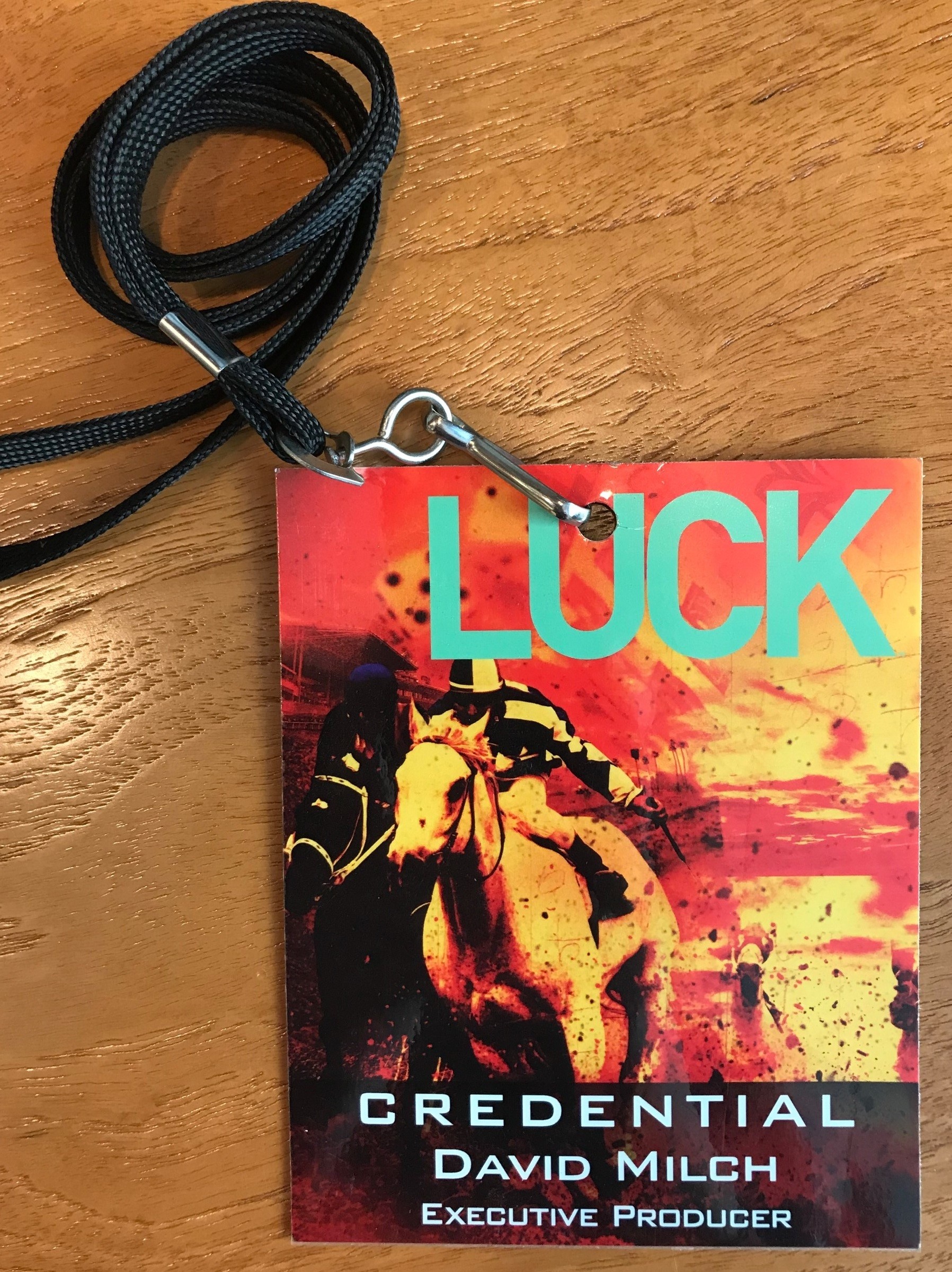 The Beinecke Library is pleased to announce the acquisition of a new collection: papers and other media relating to the life and work of screenwriter and producer David Milch. This collection is a gift of Milch and his spouse, Rita Stern. It includes a variety of writings, scripts, correspondence, videocassettes, printed material, and ephemera.The collection guide and finding aid can be found online here: David Milch Papers – YCAL MSS 1221.

David Milch (born 1945) is well-known for television creations such as Hill Street Blues and HBO’s Deadwood. Milch is not new to Yale—he attended Yale College as an undergraduate, graduating summa cum laude and with a prize in English. After earning an MFA from the Iowa Writers’ Workshop, Milch returned and taught English at Yale for several years. During that time he also collaborated on an anthology of American literature with Professors Cleanth Brooks, R. W. B. Lewis, and Robert Penn Warren. Milch wrote a variety of poetry and fiction before his debut into the television world with Hill Street Blues in 1982.

Writing for Hill Street Blues launched Milch’s career in the television industry. From there he created NYPD Blue with Steven Bochco, which won him three Emmys for “Outstanding Writing in a Drama Series.” Other shows of Milch’s include John From Cincinnati and Last of the Ninth. He created, wrote, and produced the popular Deadwood series, a revisionist Western show which culminated only this year in a full-length film. This year Milch was also awarded a Television Critics Association Career Achievement Award. Milch’s work is acclaimed for its complex characters, its moments of humor, and its “dark-minded” brilliance.

The Beinecke’s new David Milch collection is now open for research under call number YCAL MSS 1221. The curious reader can find photographs from the set of Deadwood, handwritten script notes from NYPD Blue, annotated research files for various shows, some correspondence, and Milch’s writing notebooks. The collection joins several other collections of screenwriters’ work housed at the Beinecke, such as the papers of Tony Geiss and Dudley Nichols.

David Milch’s lanyard and on-set credential for Luck, an HBO show that he created and worked on in 2011-2012 (Collection Box 9) 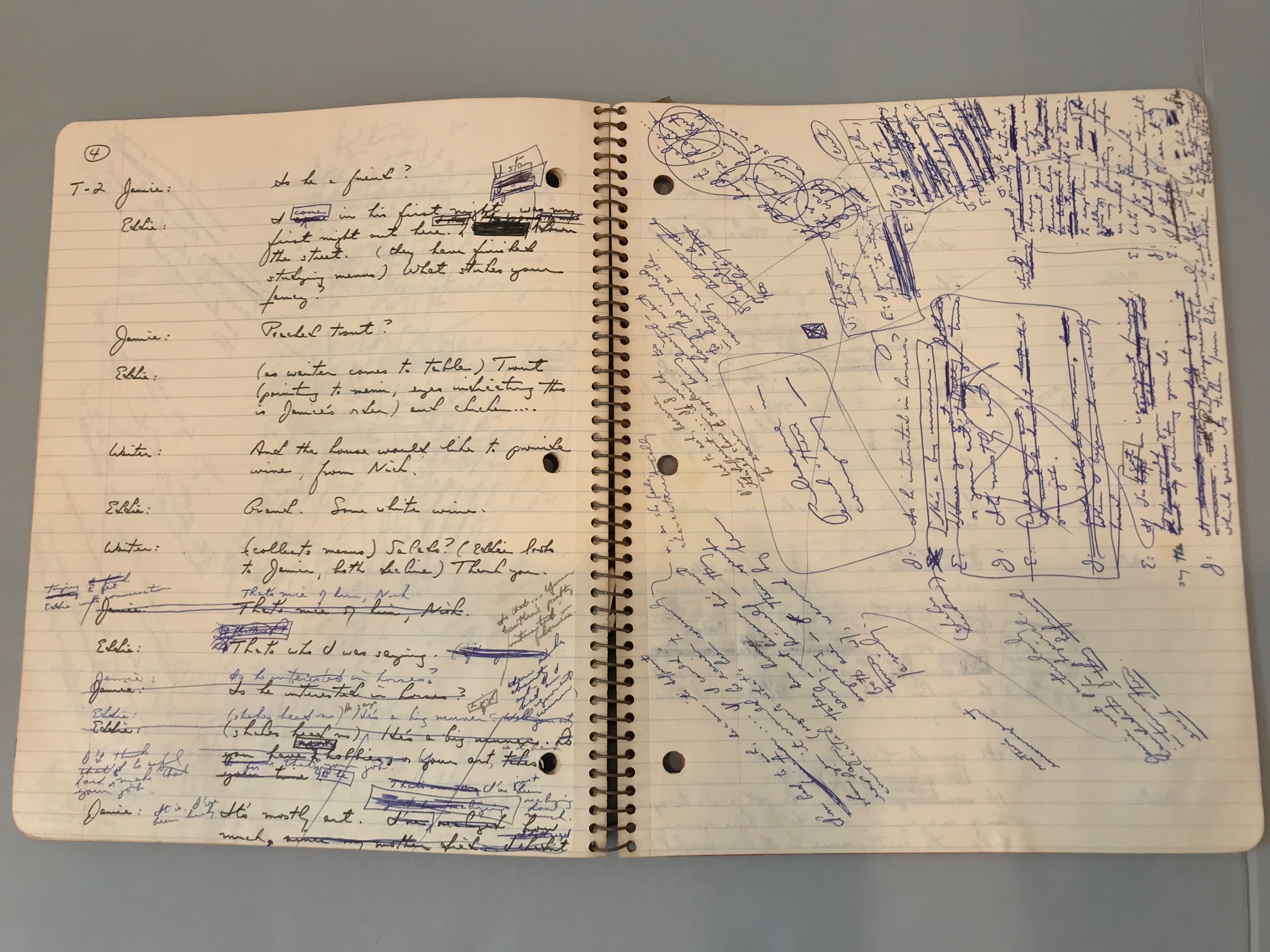 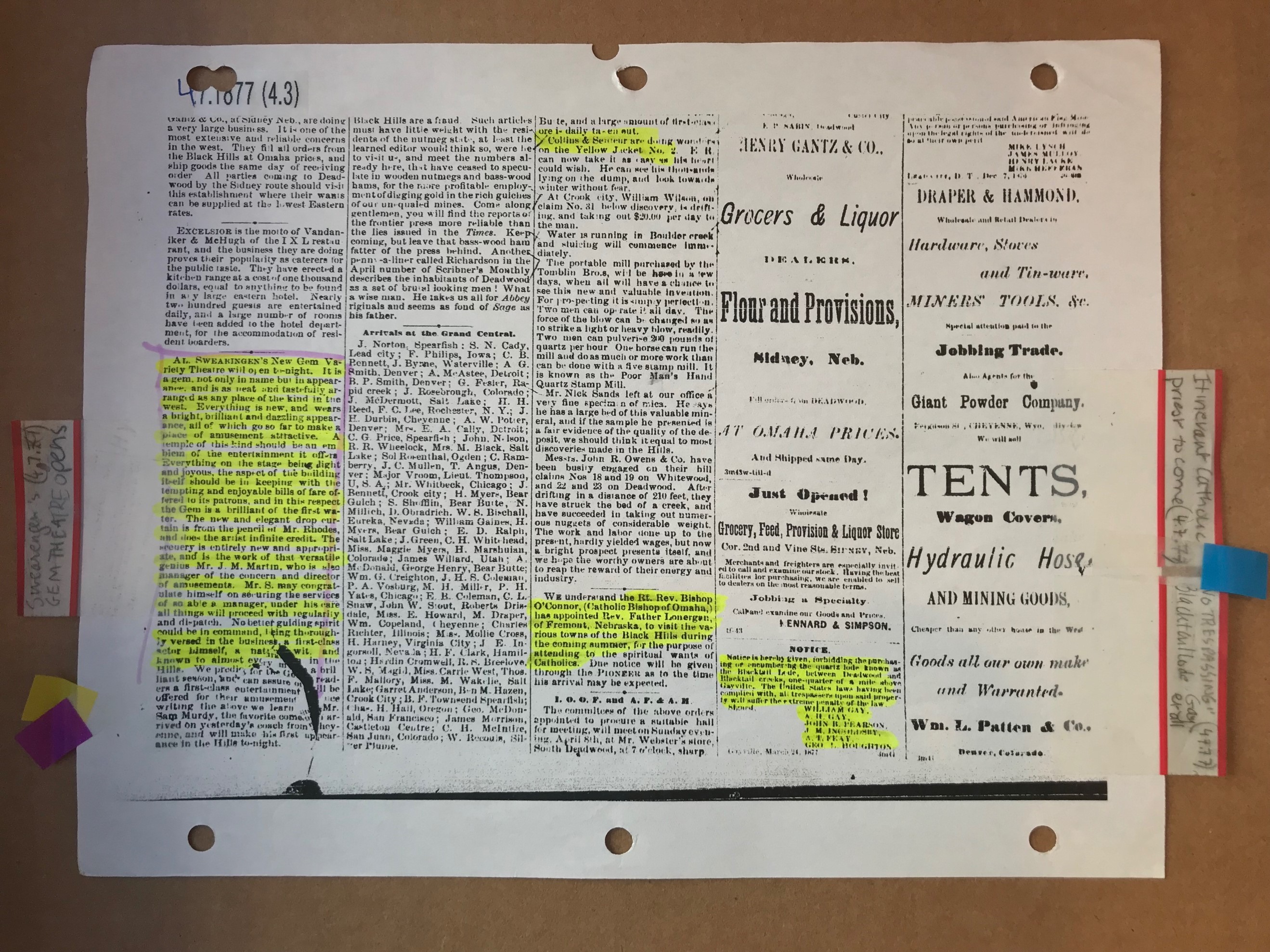 A page from the Black Hills Pioneer, 1877, annotated by David Milch during his research for Deadwood (Collection Box 5)