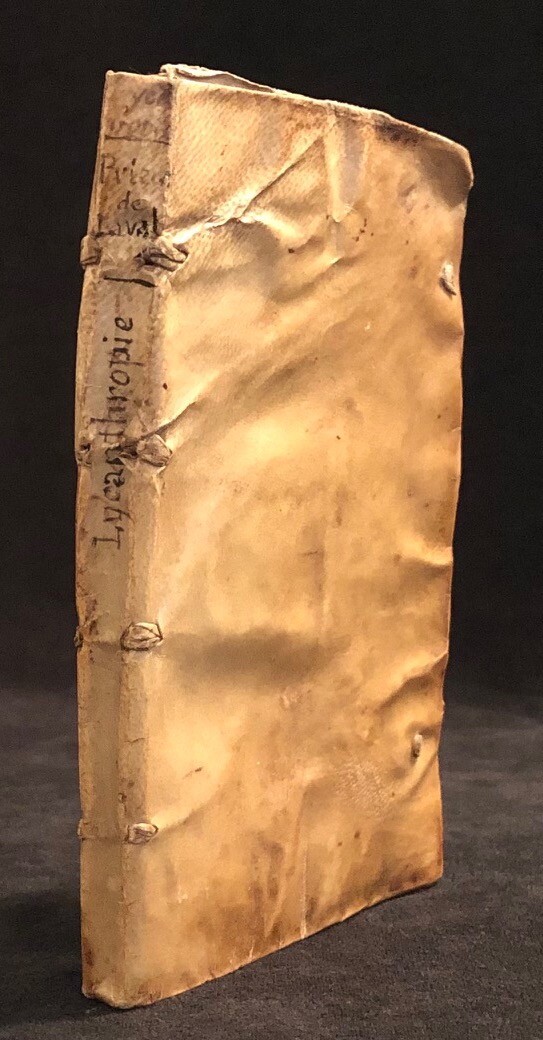 It’s not often that the Beinecke Library can assist the general public with pressing personal problems, but today is an exception.  The Beinecke has just acquired A Dialog on Werewolfism, written by Claude Prieur in French and published in 1596 in Louvain.  Although we often think of early modern Europe as a dark time for those with shapeshifting abilities and hirsute proclivities, Prieur writes to dissuade his audience from persecuting the werewolves among us because, as he proves, it is theologically impossible for werewolves to exist.  To give relief to those who might be concerned about a friend or relative, it should be noted that Prieur’s book may have been employed to defend against accusations of werewolfery.  Bill Cotter, ­the book’s previous owner, confirms this use of it in his catalog description:

“Indeed, Prieur’s book was used as an element of defense in a number of werewolf trials in the early 17th century, and likely saved lives, though statistics are elusive.” 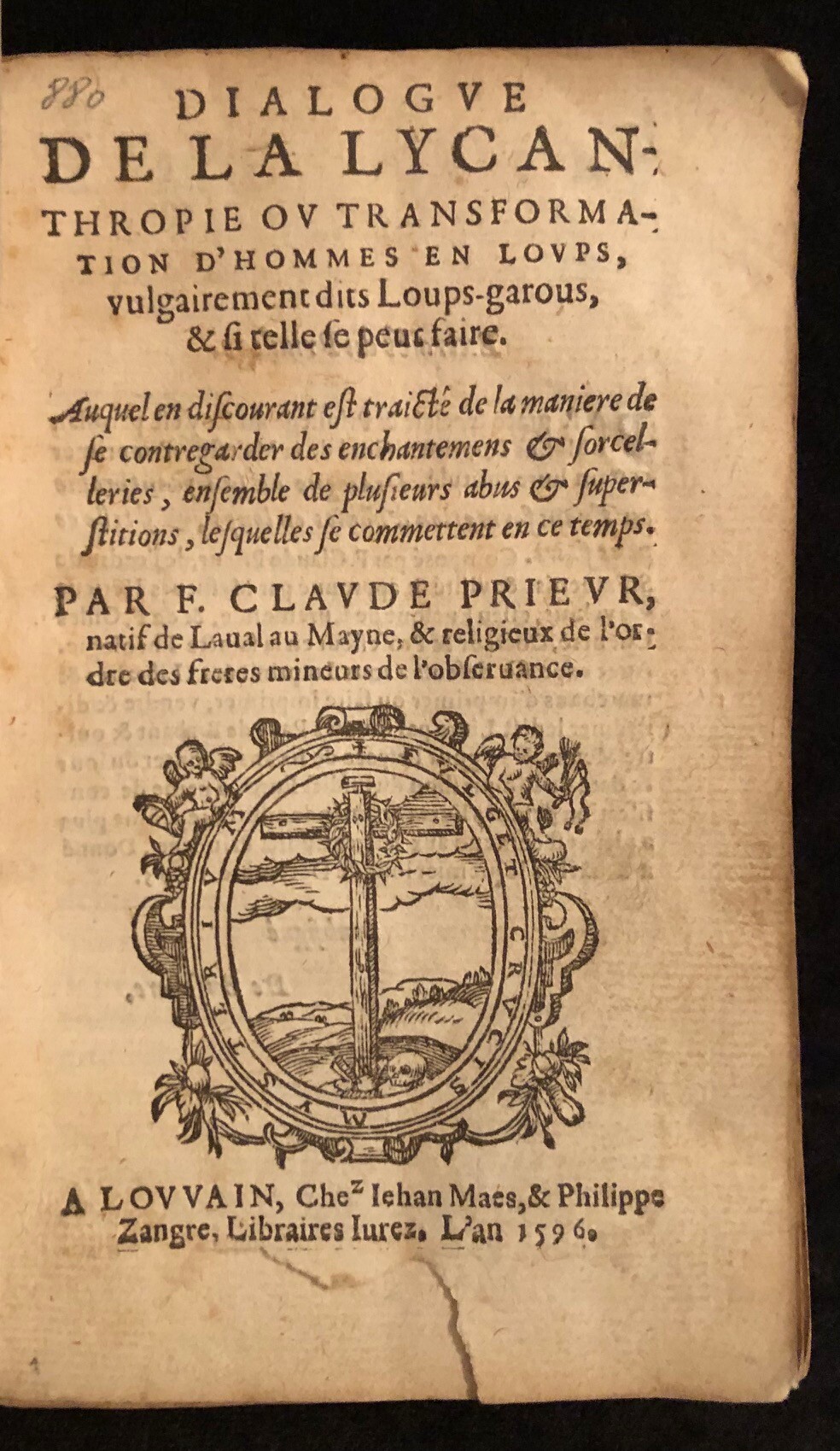 We were assured by Mr. Cotter that the teeth marks on the open page are those of a rat or a mouse – not something belonging to the canine family.  For those who are curious, as they often are this time of year, the binding is made from calfskin.  Those interested in macabre binding materials should know that Yale does not have human skin bindings. A full list of such interesting materials and claims can be found at the Anthropodermic Book Project. 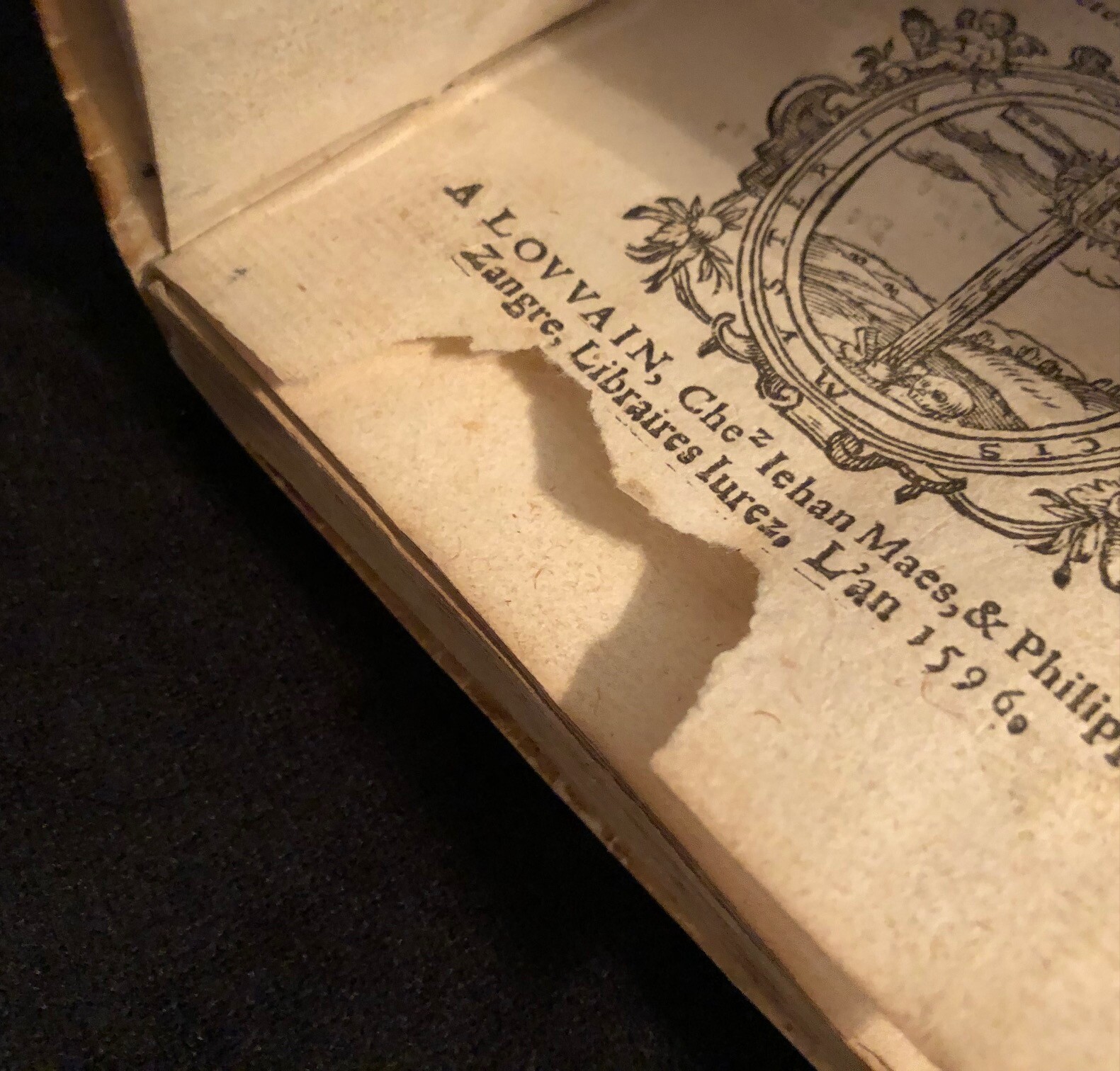