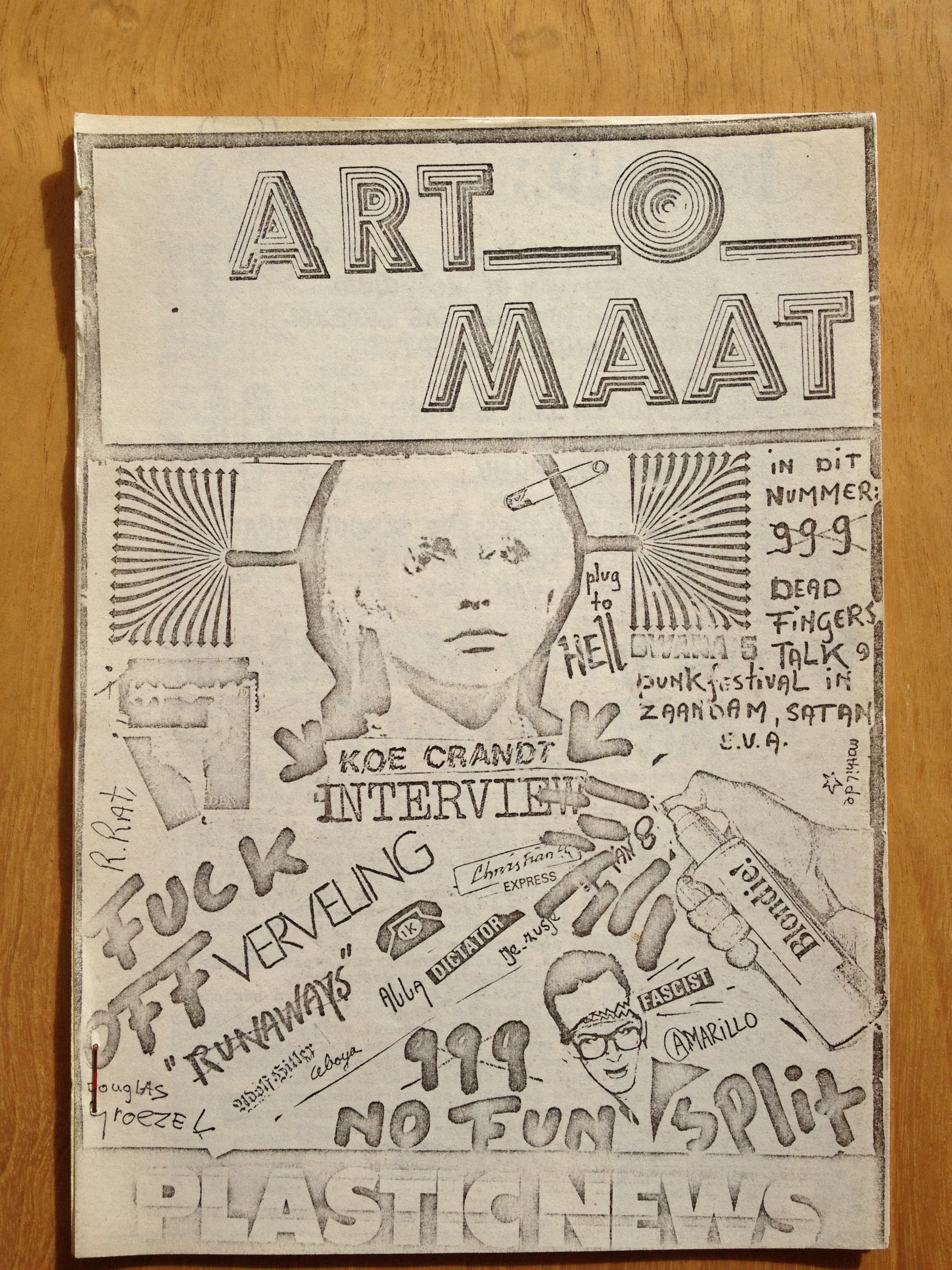 In cities around the world the late 1970s/early 1980s marked high unemployment, housing shortages, and general political discontent.  Coming off the regenerative hippie movement and generation of 1968, youth culture was at a standstill.  Out of the doom, gloom, and boredom however, came the be yourself, do-it-yourself, scream-your-anger punk and graffiti lifestyle, iconic of the music of the Ramones and Sex Pistols.  Music was pared down to “no bullshit rock ‘n’ roll” and general anti-authoritarian attitudes were evident in styles of dress and demeanor.

Amsterdam was a European center for graffiti and squatter culture, epitomized in several DIY periodicals and posters new to the Beinecke in the “Punk Krakers” collection.  Krakers–“squatters” or “hackers”–dovetailed with militant punk as the housing shortage became more dire.  The center in Amsterdam on the Sarphatistraat was the “Zebra House,” was at once a gathering spot, a gallery, a punk “museum,” a barbershop, a homeless shelter, a workshop, and a publishing house.  Nurtured by artists Hugo Kaagman and Diana Ozon the graffiti scene pulsated through several DIY periodicals, the most influential of which was

“De KoeCrandt” - a pocket-size, stapled together, amateur-printed ‘zine that borrowed from such British examples as “Sniffin’ Glue.”  Literally translating to “Cow Newspaper,” De KoeCrandt was in fact derived from “the idea of a feces-stained inner edge of a toilet seat.”  It is no wonder, then, that one of the galleries housed at Zebra House was the aptly named “Gallery Anus.” (I read this in an anthology called “God Shave the Queen.”) Enough said. 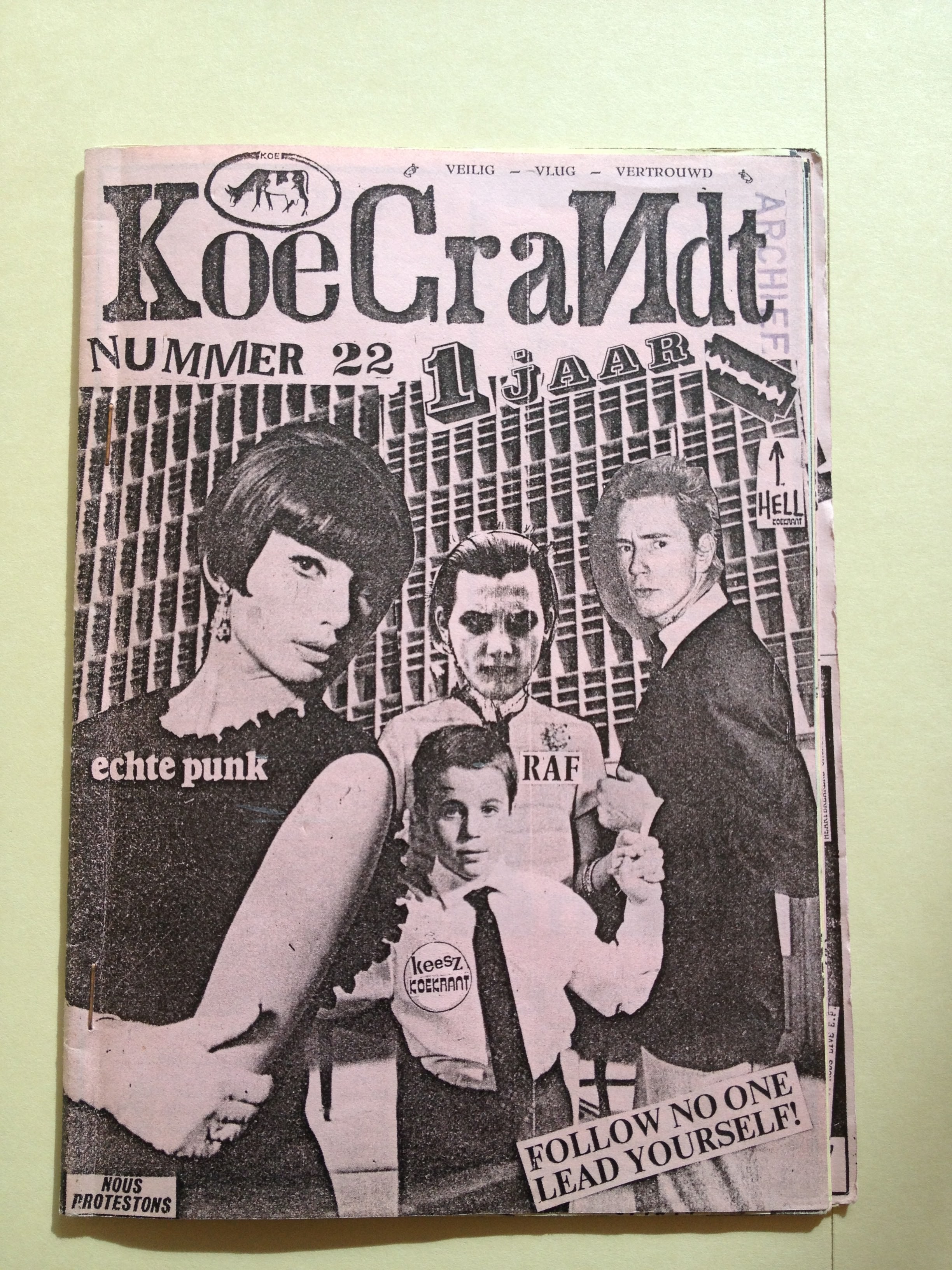 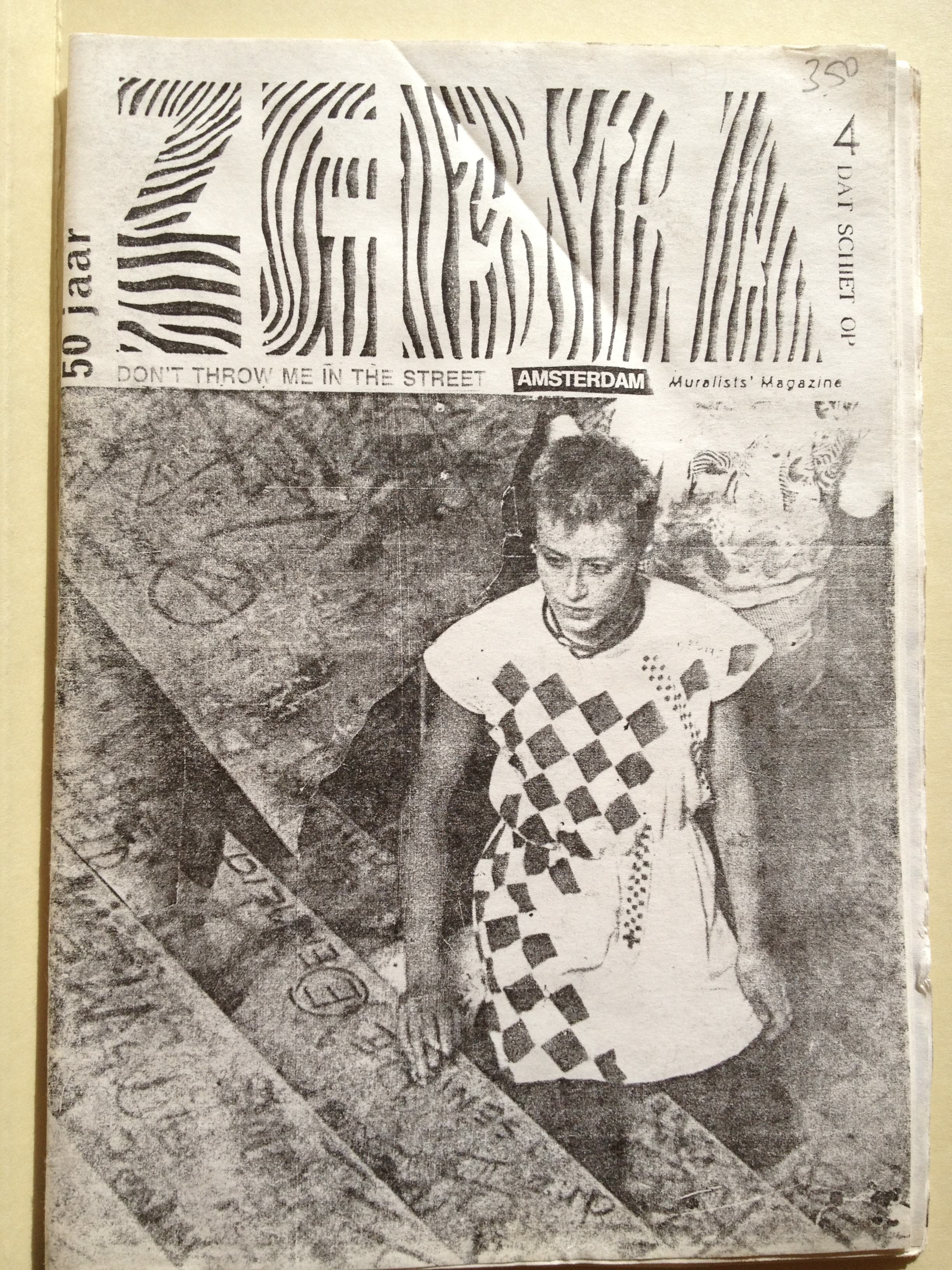 Another periodical: “Zebra”An issue titled: “Don’t Throw me in the Streets” 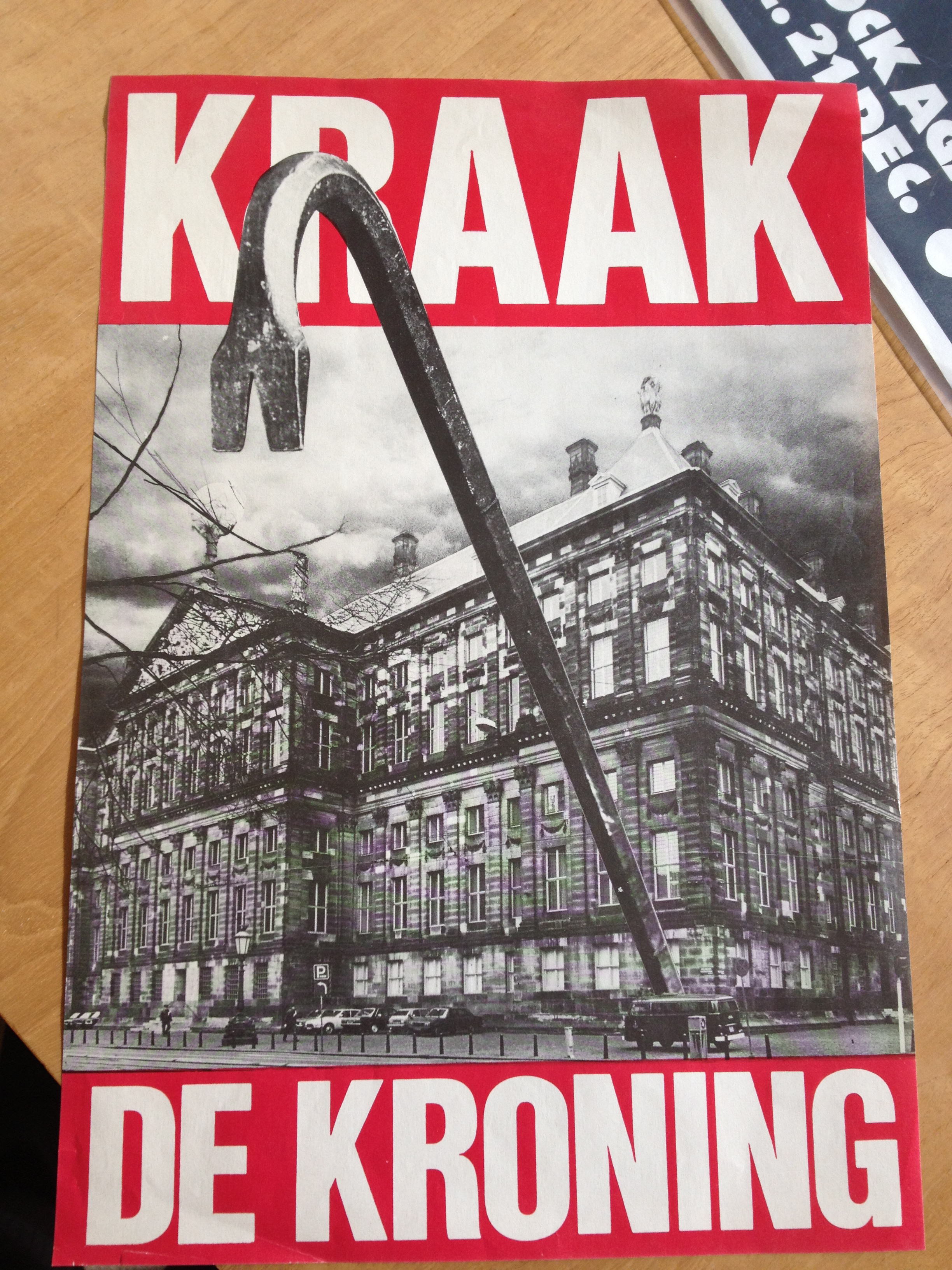 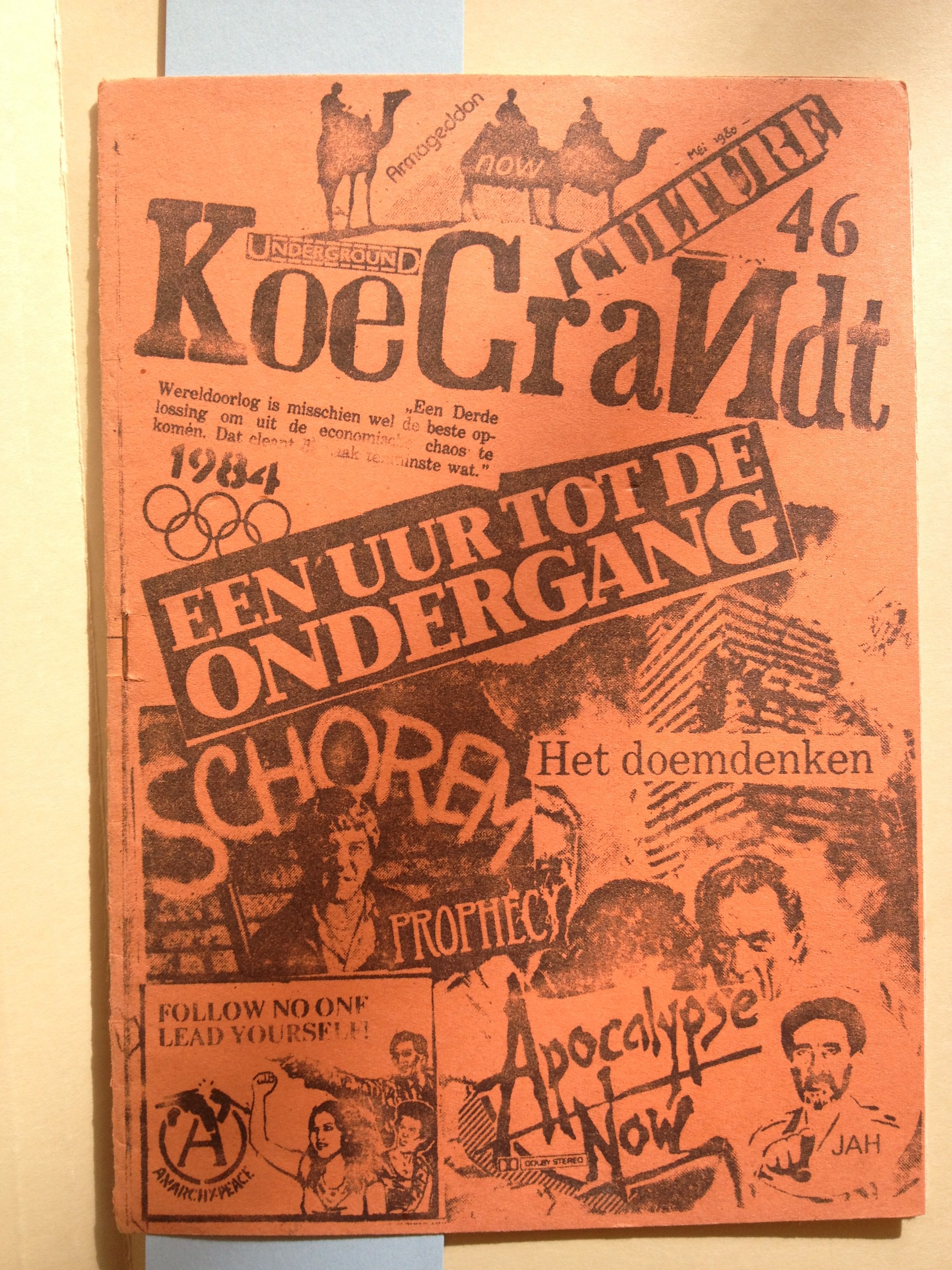 “An hour until the demise” 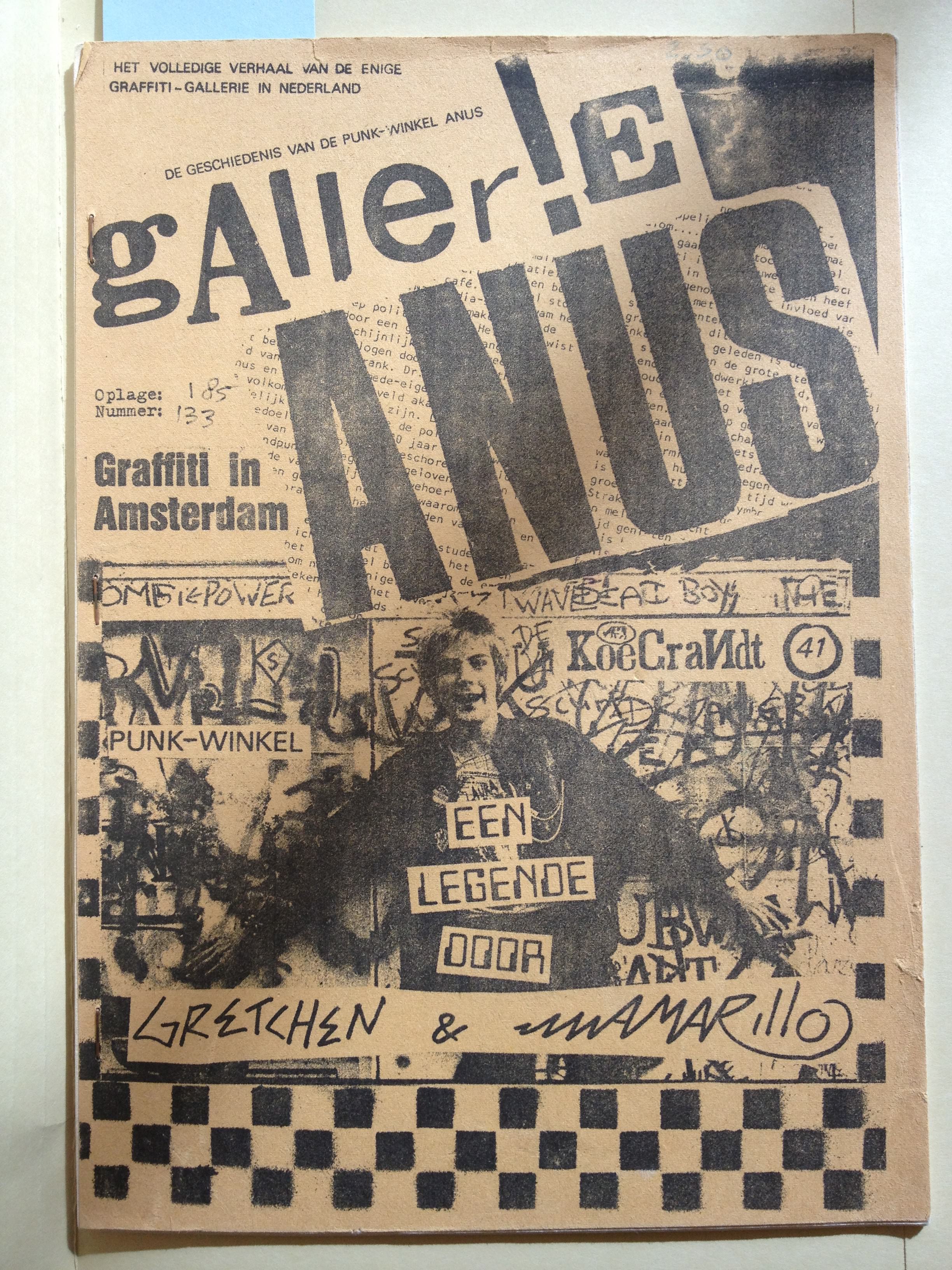 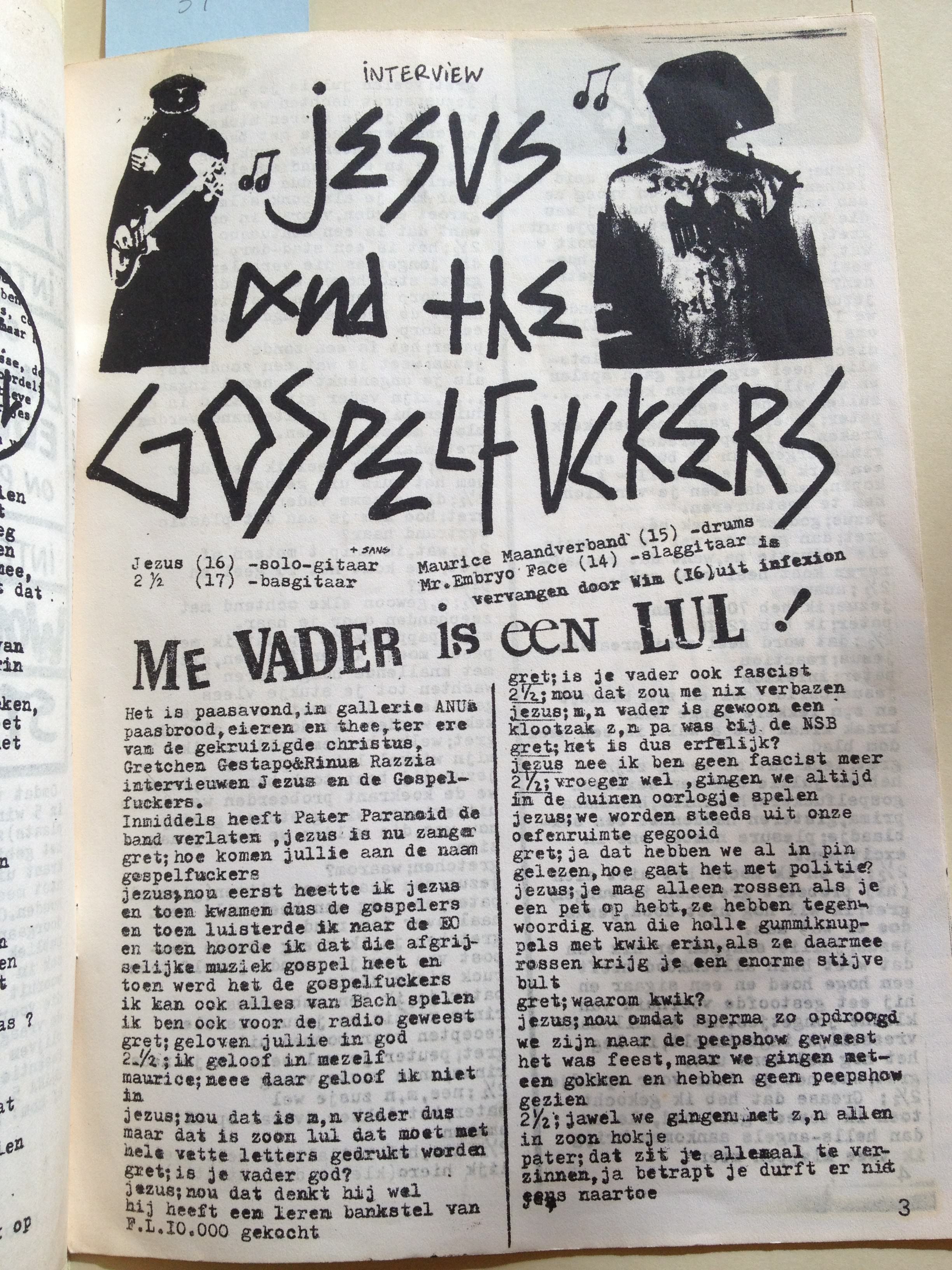 An interview with “Jesus and the Gospelfuckers,” titled “My father is a dick” 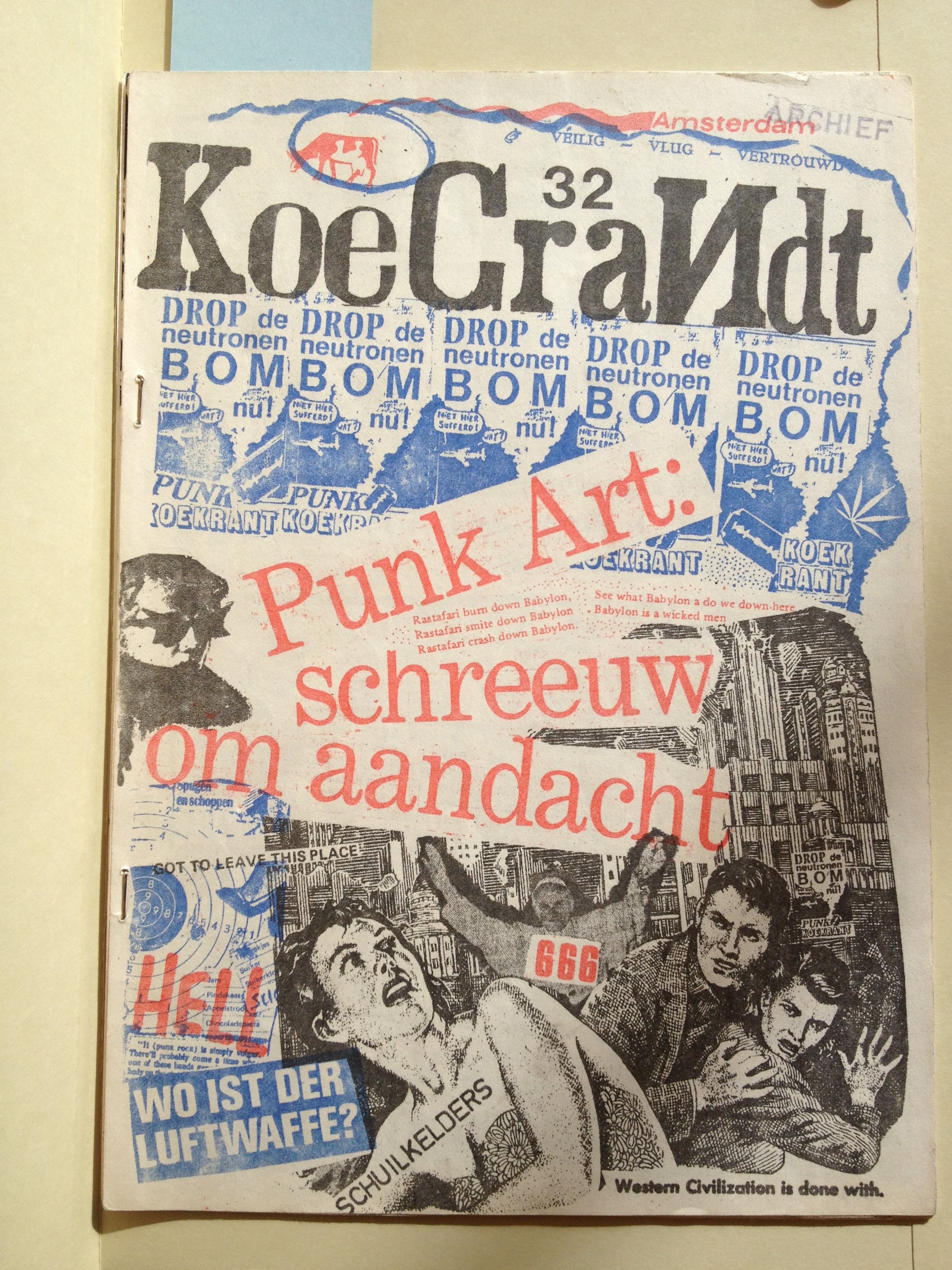 “A cry for attention”

If you’re interested in learning more about Amsterdam’s lively graffiti scene–famous to this day–check out the documentary “Kroonjuwelen” with original footage from the time.