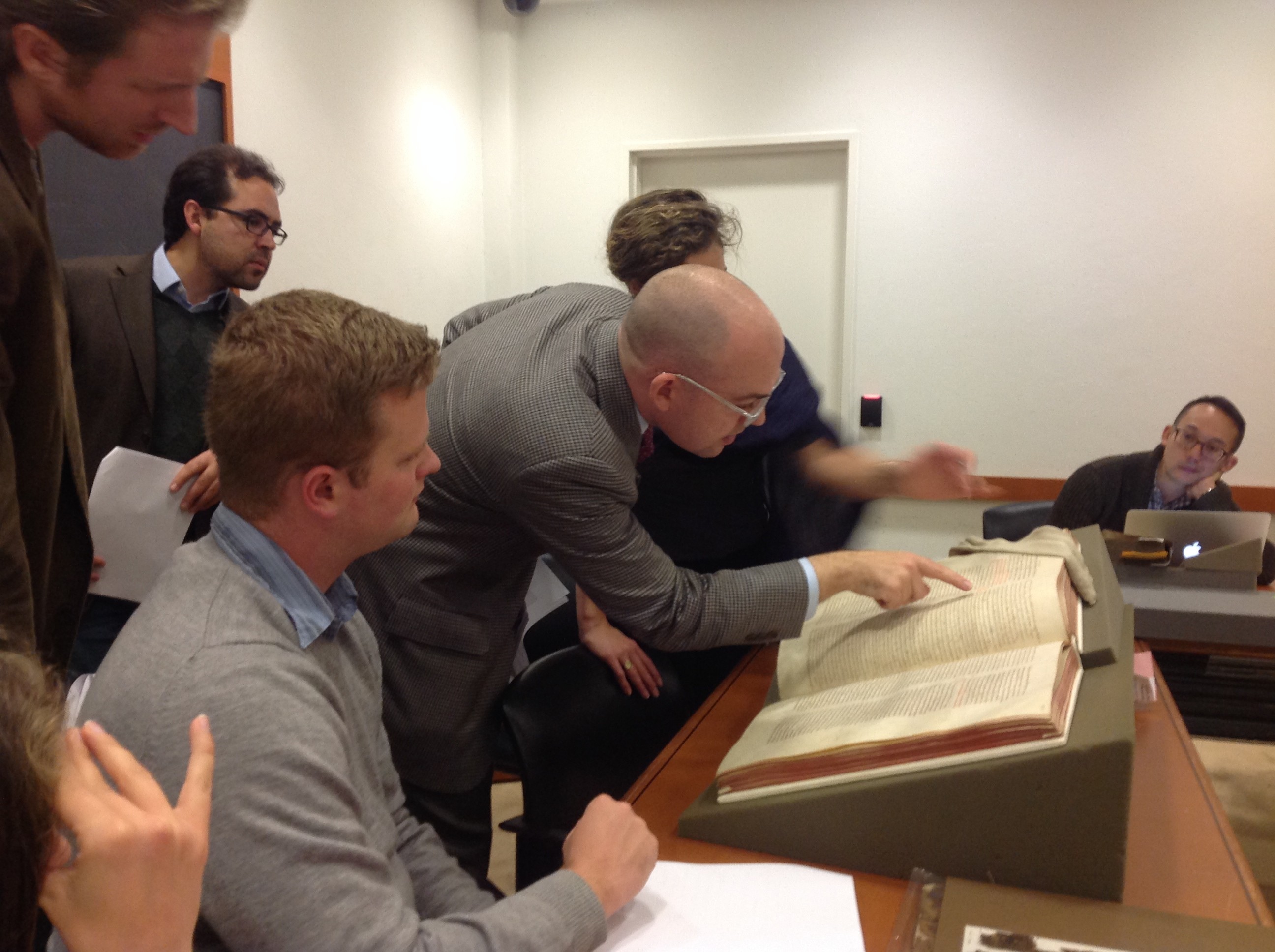 Eric Knibbs, Assistant Professor of History at Williams College (and Yale Ph.D. 2009), presented his work on Beinecke MS 442, one of the most significant ninth-century copies of a text known as the Pseudo-Isidorian Decretals.  Eric’s work demonstrates how MS 442 was assembled to include various forged texts by adding additional sheets to pre-existing quires.  This necessitated adding texts to both the beginning and end of each quire, erasing and rewriting on the existing outer sheets and reassembling the whole to look as undisturbed as possible.  Eric presented his work in Anders Winroth’s Medieval Law Seminar held at the Beinecke Library in Fall, 2013.  Eric’s work can be found on his blog devoted to Pseudo-Isidore: pseudoisidore.