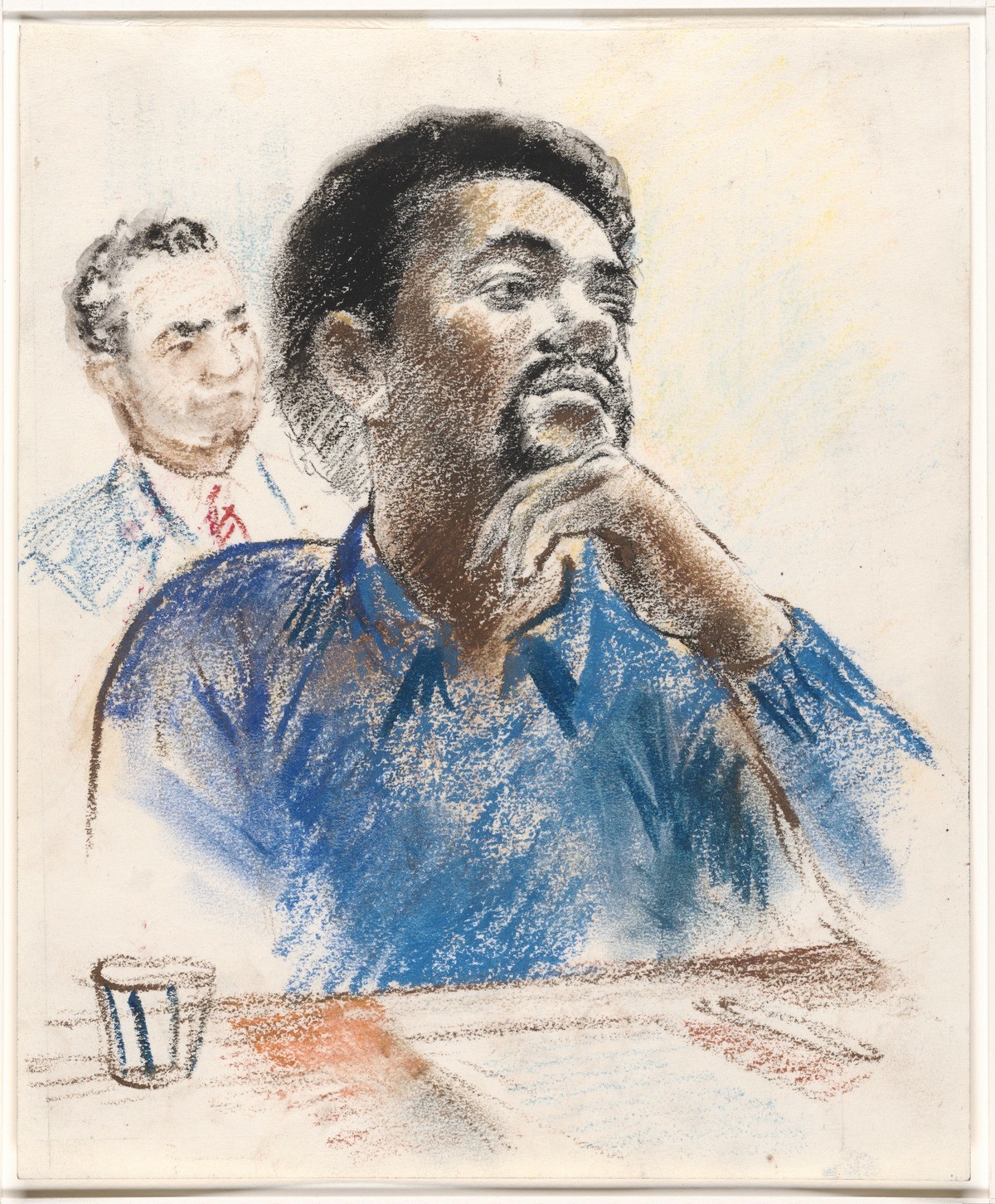 The Black Panthers Trial: Courtroom Sketches by Robert Templeton on view at the Beinecke Library from January 10 to March 2
An exhibition of drawings documenting the Black Panthers trial in New Haven in 1971; the sketches were created by Connecticut artist, Robert Templeton. Because the courtroom was closed to artists and photographers, Templeton’s sketches were made surreptitiously, without the permission of the court; his drawings are, perhaps, the only visual record of the courtroom during this critical case. The collection includes small preliminary notebook sketches made in the courtroom as well as larger, finished drawings later displayed on television news broadcasts. Defendants Bobby Seale and Erica Huggins, Prosecutor Arnold Markle, and Judge Harold Mulvey are among the subjects represented.