Exhibition of Small Collections at the Beinecke Library Opens May 2 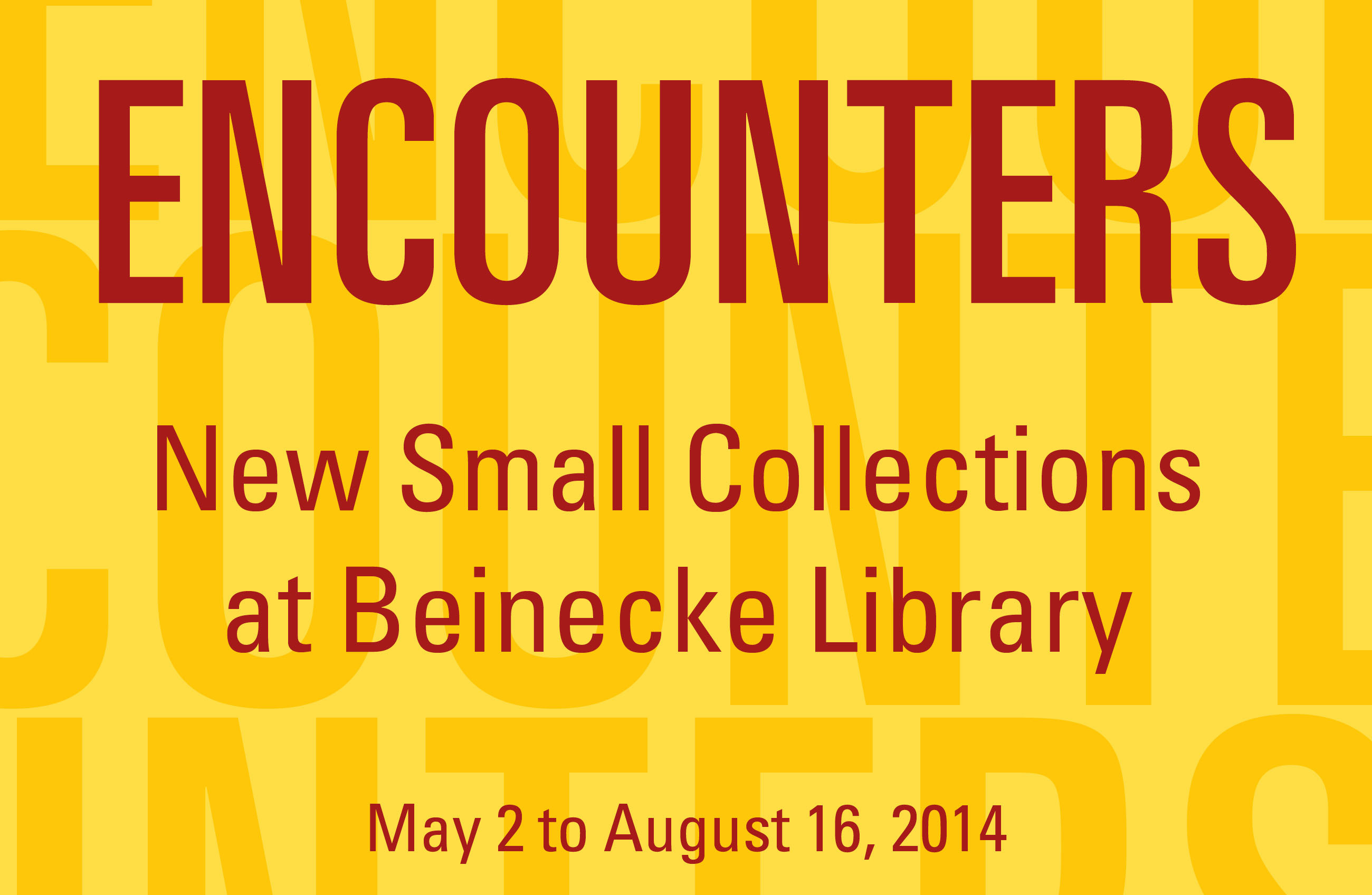 The exhibition, Encounters: New Small Collections at Beinecke Library, features materials covering an expansive range of history, art and culture. Thirteenth-century missals from a French cathedral are displayed alongside memorabilia from the Boy Scouts of America; correspondence documenting life in 1830s Texas is arranged beside advertisements from a New Haven-based toymaker; children’s photo books by famed photographer Edward Steichen are on view next to memorabilia from a Paris cabaret.

“Large, comprehensive archives and book collections tend to command the limelight, but curators are always on the hunt for interesting collections of any size or completeness,” says Timothy Young, curator of modern books and manuscripts, who organized the exhibition. “Many archives consist of just a single box – full of compelling evidence of a writer’s life or the history of a cultural moment. The collections displayed here, despite their modest size, offer exciting opportunities for research and learning.”

Other materials are drawn from: the Robert Giraud papers relating to French and Parisian slang; a collection of mother-of-pearl Chinese gaming counters, circa 1700-circa 1840; the papers of Ann Corios, one of the most famous striptease artistes of the burlesque era; the Jewel Welch photographs related to African American entertainers; the George W. Conover papers documenting the life of a rancher in the Indian Territory in the 19th century; the Bette Garber photographs of trucks and truckers; the papers of writer George W.S. Trow; African-American Eagle Scout Curtis Jackson’s memorabilia of the Boy Scouts of America; and the R.A. Harrison album containing early Victorian printing designs, 1842-1849.

The Beinecke Rare Book & Manuscript Library is one of the world’s largest libraries devoted entirely to rare books and manuscripts, and is Yale’s principal repository for literary archives, early manuscripts, and rare books. Researchers from around the world use the Beinecke’s extensive collections to create new scholarship.