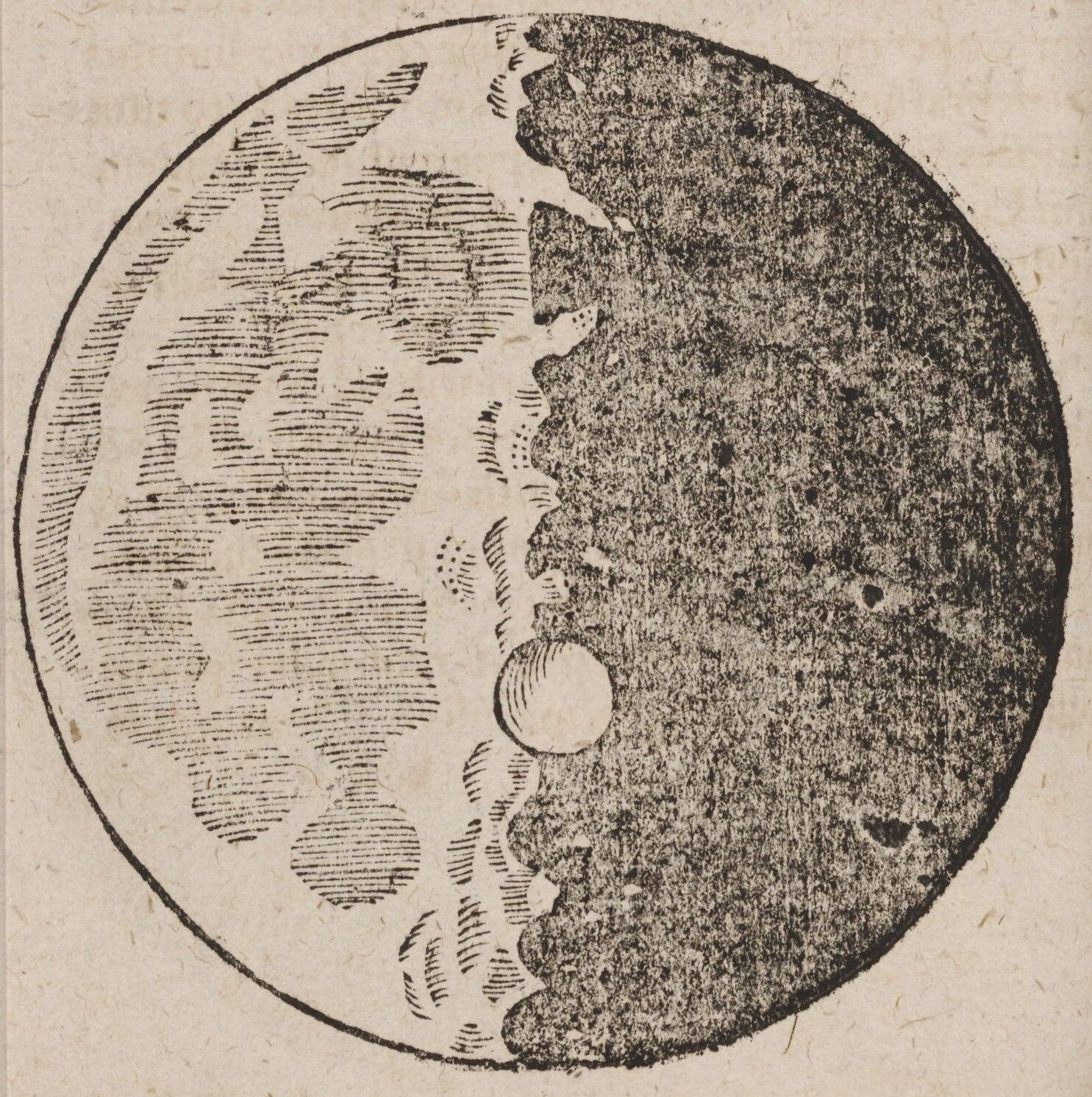 Galileo’s Sidereus nuncius [Starry Message], published in 1610, was the first printed depiction of the moon as seen through a telescope.  Galileo’s profoundly influential images depicted the moon’s topography as mountainous with several lunar planes. In addition to his representation of the moon, Galileo (1564–1642) revealed two additional discoveries in Sidereus nuncius: he was the first to note four “planets” (moons) that orbited Jupiter, which he called Medicean stars, and he realized that what appeared, to the unaided eye, to be a heavenly mist was actually made up of smaller stars.

The photograph below was taken in 1966 by Lunar Orbiter 1, an unmanned spacecraft, designed, among other scientific objectives, to find a smooth and safe surface for the planned lunar landing. It shows the Earth as seen from the moon—the first time we saw our planet from another astronomical body. 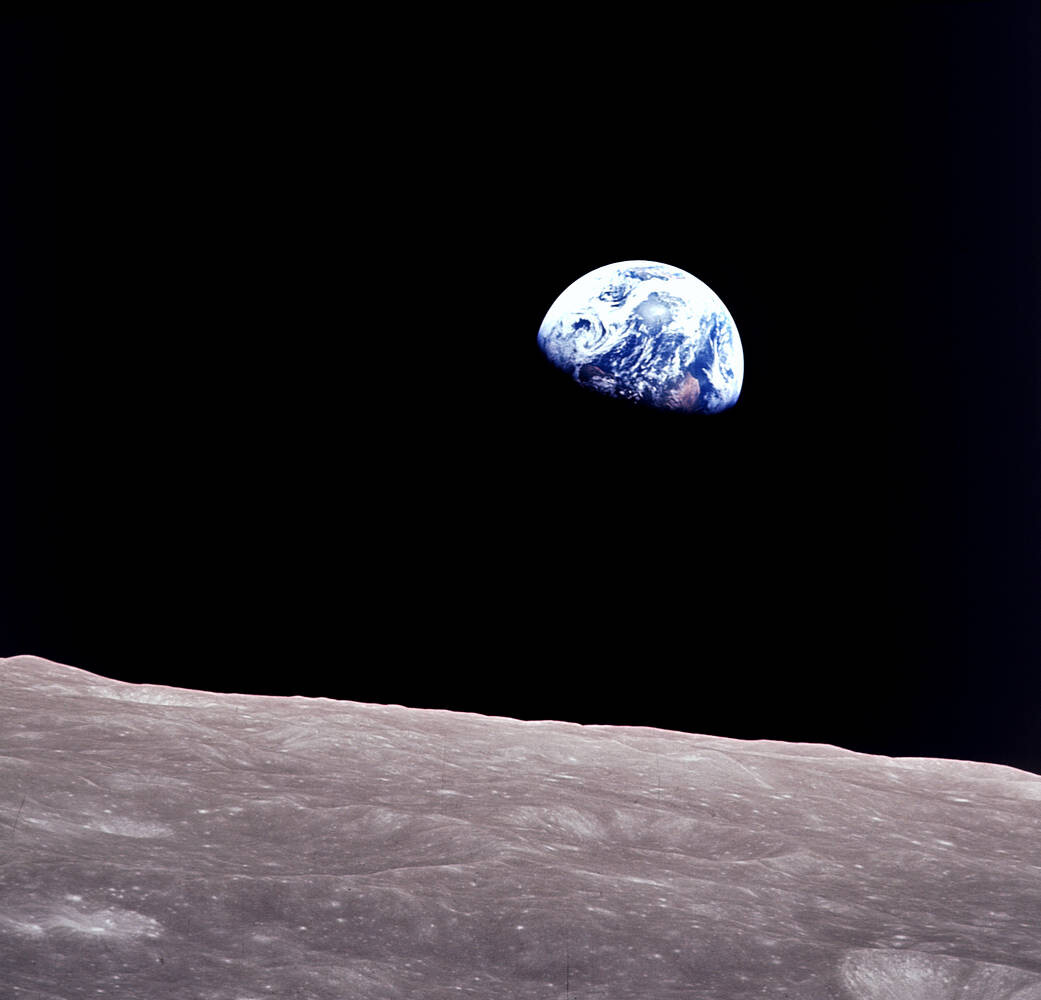