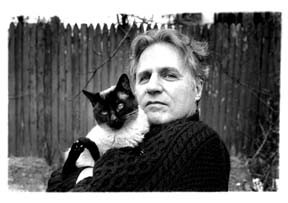 The Yale Collection of American Literature has acquired the archive of poet and photographer Gerard Malanga, author of numerous books of poetry, including No Respect: New & Selected Poems 1964 – 2000, Mythologies Of The Heart, Incarnations: Poems 1965-1971, Ten Years After: The Selected Benedetta Poems.

Malanga frequently collaborated with Andy Warhol, with whom he published Screen Tests, a book documenting their series of individual 3-minute “Screen Tests.” His photographs have been collected in volumes including Good Girls and Resistance to Memory and he is well known for his portraits of literary figures, musicians, and artists.

The archive, documenting Malanga’s literary and artistic careers from the 1970s to the present, includes a rich collection of manuscript drafts of Malanga’s work; vintage prints of photographs of poets, writers, artists, and their associates taken over more than three decades; correspondence from Ted Berrigan, Ron Padgett, MeiMei Berssenbrugge, Andre Codrescue, Robert Creeley, Charles Henri Ford, Bill Knott, Jackson MacLow, and Aram Saroyan, among many others. This collection will be available for research in the near future; contact Nancy Kuhl for information: nancy.kuhl@yale.edu.