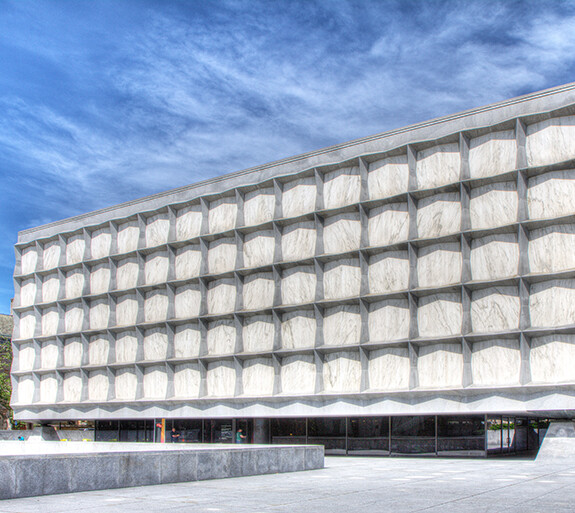 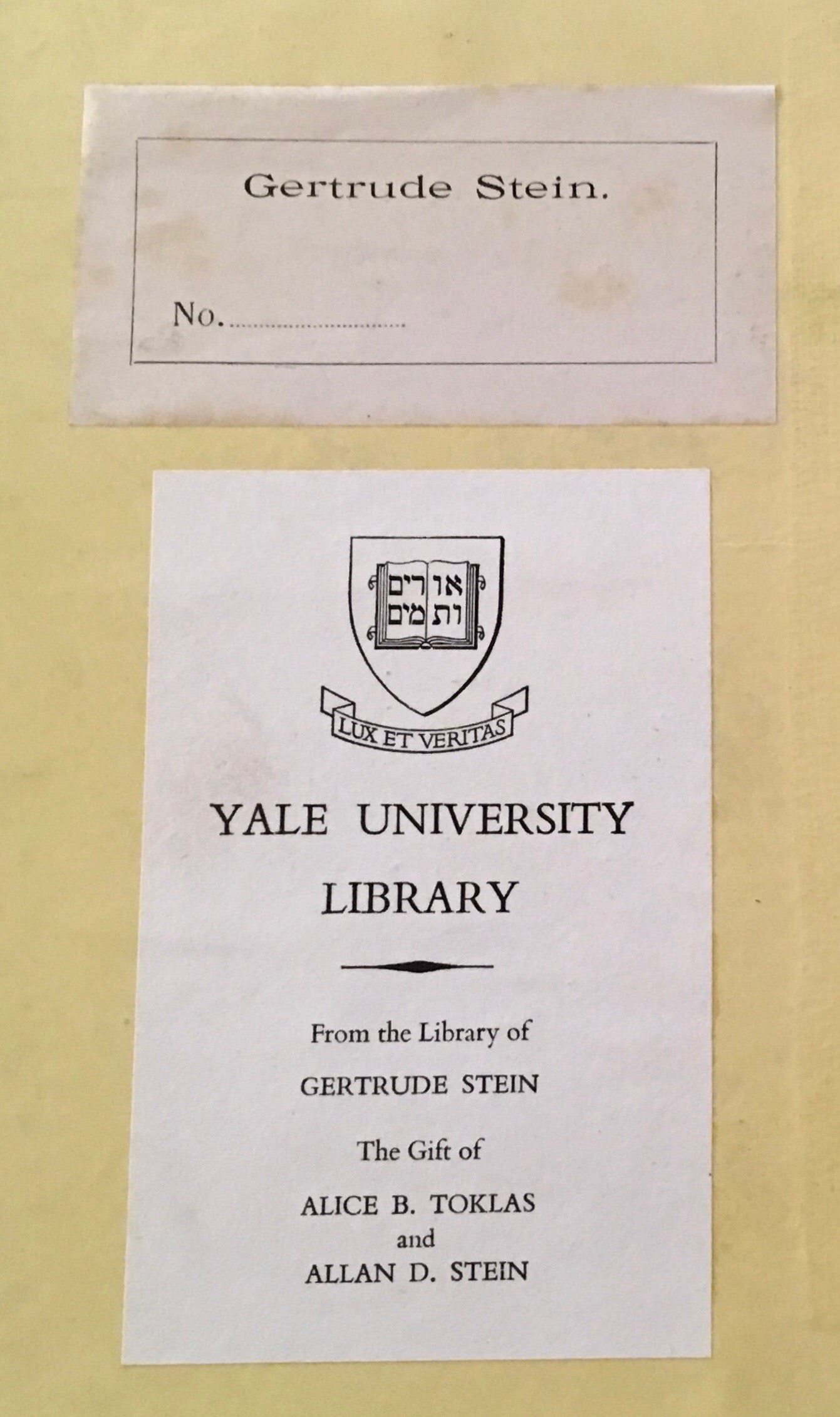 Writers’ libraries and personal book collections have sometimes arrived at Beinecke Library—in whole or in part—along with literary archives. And like literary archives, these book collections are often both fragmentary and revealing. The story of the Gertrude Stein and Alice B. Toklas Papers (call number: YCAL MSS 76) and their acquisition by the Yale University Library is well known and well documented (see Curator Donald Gallup’s account here: The Gertrude Stein Collection, by Donald Gallup; originally published in the Yale Library Gazette, Vol 22, No. 2 (October 1947), pp. 21-32) The story the books owned by Stein and Toklas is less well known and less clear.

Though Stein and Toklas donated many books to the Yale Library, their personal library was not maintained intact—some of the books were added to the Yale Collection of American Literature, others were added to the University Library’s circulating collection, some were discarded. Unfortunately, the Library’s records of Stein’s donations (and Toklas’s after Stein’s death) do not include as much detail about their books as one might wish. A rough list of the books donated by Stein and Toklas, based on Yale University Library records, can be found online here: Stein-Toklas Books Bequest.

Books added to the Yale Collection of American Literature were very likely described in the library catalog in a way that incorporated the copy’s connection to Stein. It is possible, therefore, to locate some books owned by Stein in Orbis, Yale’s catalog for books; a “Special Collections Subject” search in Orbis (this is the last option in the “basic” search drop-down menu: http://orbis.library.yale.edu/vwebv/searchBasic) for the subjects listed below may reveal  information about books owned by Stein and donated to Yale.