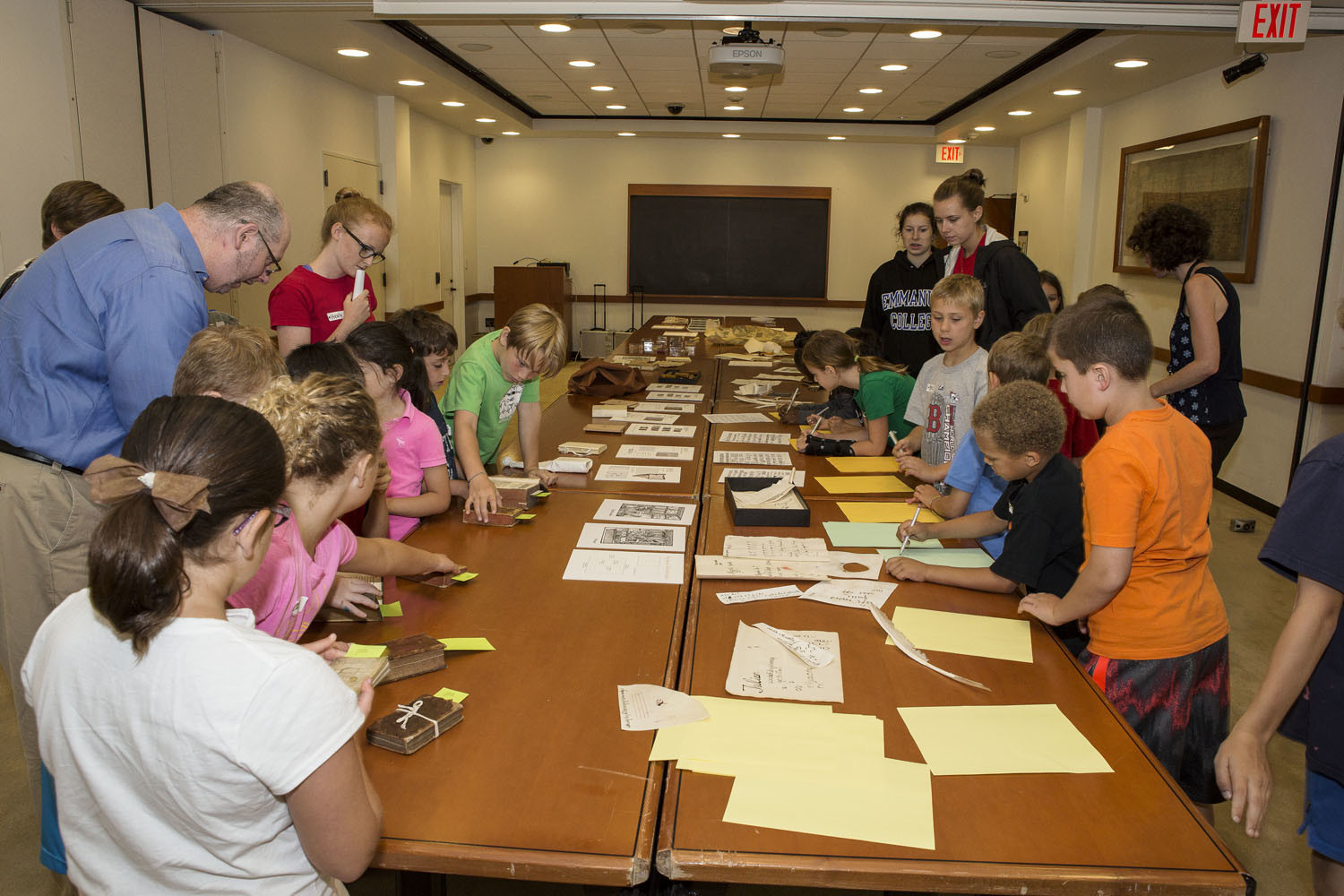 Library Director E.C. Schroeder stood below them pointing out some of the building’s features: the translucent marble panels, the stack tower, and the shelves lined with volumes from the Yale’s 1742 Library.

“What are books made of?” he asked.

Clearly, they were a sharp group.

The children are participating in a weeklong summer program at the Eli Whitney Museum and Workshop in Hamden that has challenged them to build their own models of the Beinecke’s treasure-box building. They visited the library for inspiration and to get a better sense of the place.

Following Schroeder’s greeting, curators Kathryn James and Ray Clemens led the children on a tour. Exploring the mezzanine, they learned about the Gutenberg Bible and the massive elephant folios of John J. Audubon’s The Birds of America.

Next they ventured to a classroom on the courtyard level where they engaged Yale’s Traveling Scriptorium, a teaching kit that allows for the hands-on study of the components of early books and manuscripts.

They learned how medieval books were bound; how inks and parchment were made; and how to write with quill pens. (You use up-and-down strokes; not side-to-side.) Like apprentice scribes, they tried their hands at writing on parchment.

They inspected facsimiles of some of the manuscripts in the Beinecke’s collections, including a reproduction of MS 84, a 15th-century girdle book. The small book’s binding extends loosely from the cover in a long, tapered tale that ends in a thick knot.

“What they did was they attached it to their belts,” Clemens said.