Arbeiters-Illustrierte Zeitung, or The Workers’ Illustrated Newspaper, was an Anti-Fascist, Communist newspaper between 1924 and 1933 in Berlin, then later exiled by the Nazis to Prague until about 1938.  First published as Sichel und Hammer, and later as simply A-I-Z, it featured quite striking photographs.  It covered global events relating to the Worker’s plight, as well as fiction, poetry, satire, and sports.  AIZ’s covers famously featured the political photomontages of John Heartfield. Kevin Repp, Beinecke’s Curator of Modern European Books and Manuscripts, has written on Heartfield’s work and Beinecke’s fantastic collection: “Yet much of the dark humor residing in this brilliant series of photomontages resides in allusions to the surrounding texts in this near-complete run of The Workers’ Illustrated Newspaper. Printed on poor quality paper from originals that were nearly all lost in the subsequent devastation [of WW2], these finely executed copperplate photogravures rarely survive in their intended context. Beinecke is proud to have acquired the most complete set known anywhere outside the Heartfield Archive in Berlin.” 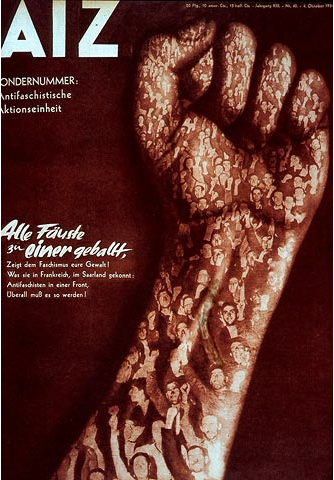 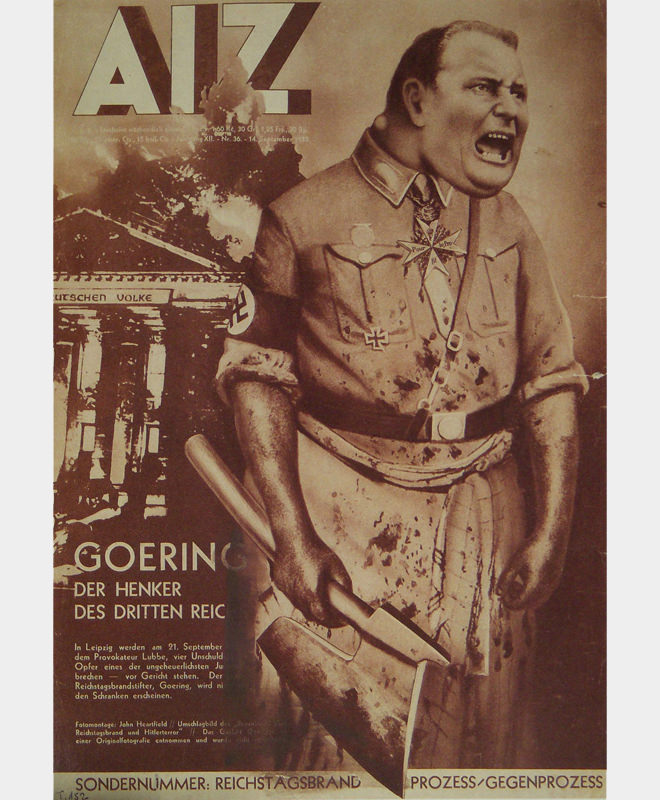 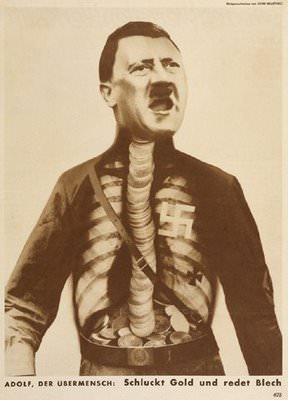 Beinecke also has this original tin sign, advertising that A-I-Z is sold on the premises for 20 cents.  Come check it out! 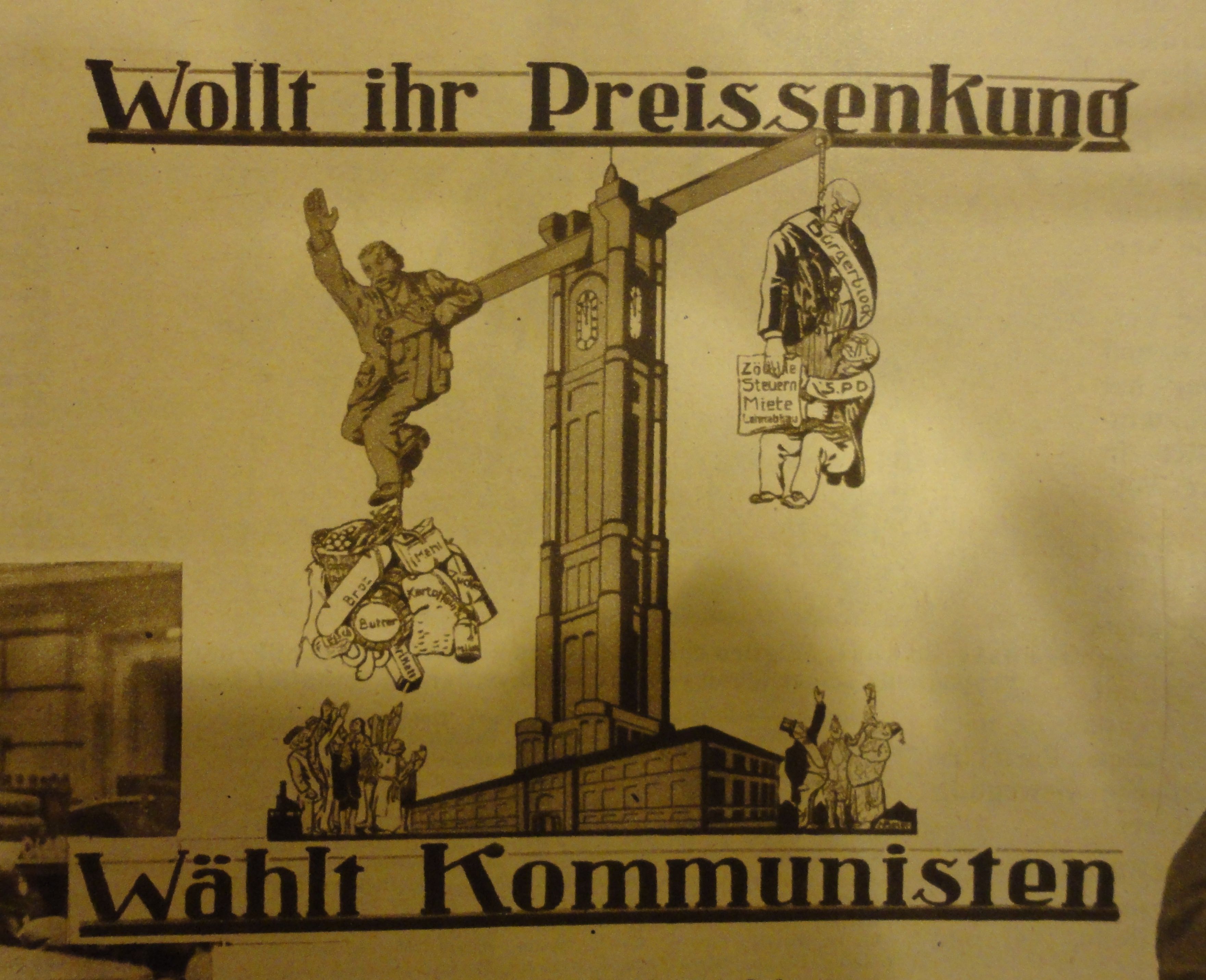 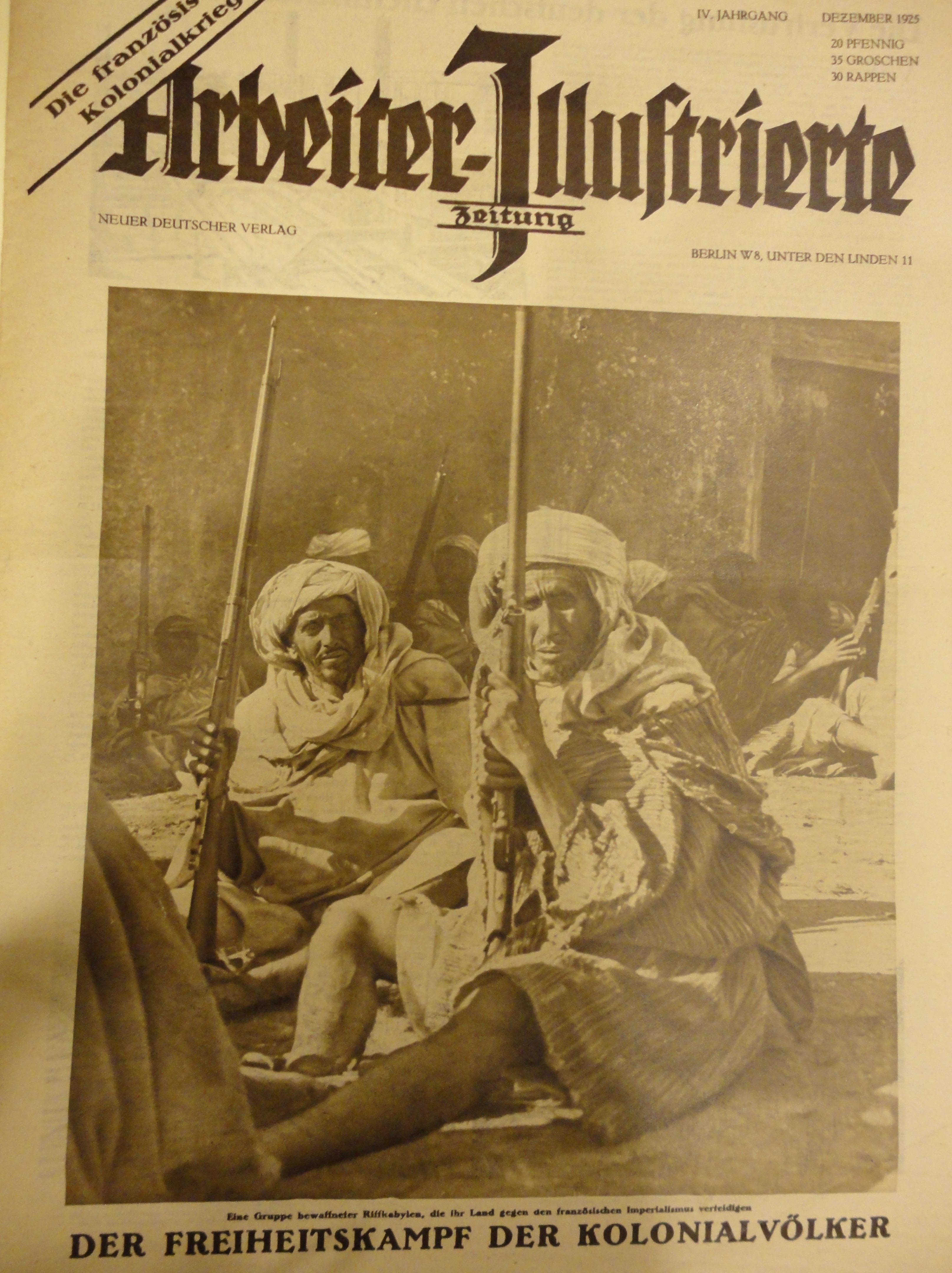 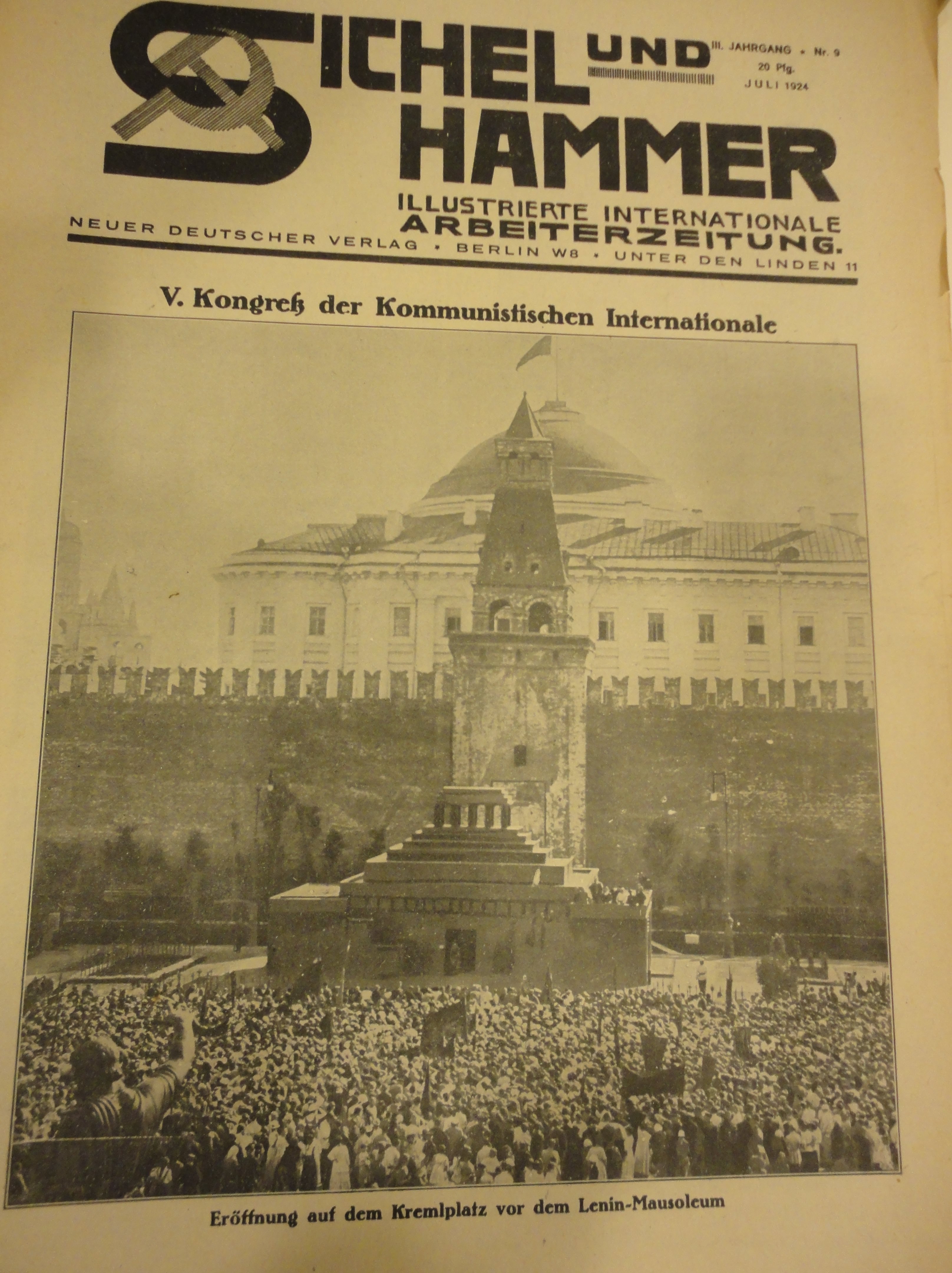 July 1924, 5th Congress of the Communist InternationalOpening of Lenin’s Mausoleum at the Kremlin