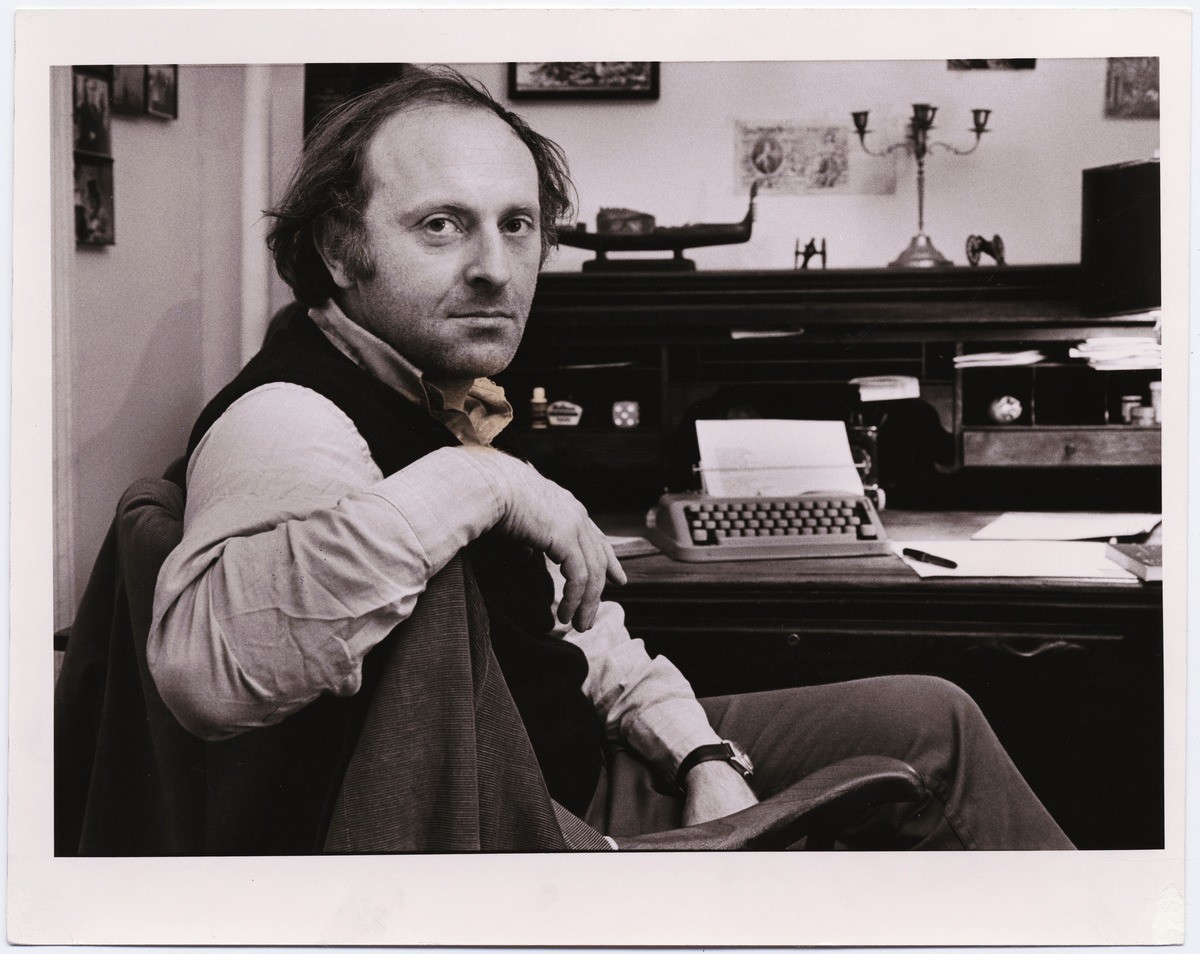 The Beinecke Library is pleased to announce that the Joseph Brodsky Papers (GEN MSS 613) are processed and available for use. Joseph Brodsky, Russian-born poet, essayist and Nobel Laureate, was born in Leningrad on May 24, 1940. He ended his formal schooling at age fifteen and began to write poetry, soon demonstrating a keen interest in translation. He taught himself Polish and English in order to translate poetry, including that of Czeslaw Milosz and John Donne. His early writings in Russia were circulated in samizdat (self-published) collections.

Brodsky was arrested several times starting in 1961, tried in 1964 as a “social parasite” (tuneiadets), and sentenced to five years of labor in Norenskaia (a village in the Arkhangelsk Province of northern Russia). Brodsky’s trial and sentence brought him increasing international attention when Frida Vigdorova’s transcript was publicized in the Western media. It was also around this time that his poetry began to be compiled and published in the United States. Even after his release from Norenskaia, Brodsky continued to be at constant risk of arrest. In 1972 he was forced to emigrate when he was suddenly granted a visa (for which he had not applied) to emigrate to Israel. He had to leave Russia within a matter of weeks.

Brodsky traveled to Austria and to England before coming to the United States. He accepted a position as Poet in Residence at the University of Michigan, where he stayed until 1981, when he accepted a permanent position on the faculty of Mount Holyoke College. He then divided his time between New York City and South Hadley, Massachusetts. He became a United States citizen in 1977. Brodsky never returned to Russia after emigrating, though later in his life political circumstances would have allowed it and his Russian readers clamored for it.

Brodsky suffered from heart disease throughout his adult life and he had several open-heart surgeries. He died of heart failure on January 28, 1996.

The Joseph Brodsky Papers document all aspects of Brodsky’s professional life, including writings, appearances, readings, lectures, advocacy, and relations with other literary figures. The research interest of the papers encompasses Russian-language poetry, the Soviet emigre experience, and poetry translation. Researchers interested in Brodsky’s creative process will find much relevant material, including multiple drafts (many corrected) of poems and essays (including translations by Brodsky and others). Teaching material is present in small quantities and provides only sporadic documentation of Brodsky’s career as an educator. Personal papers are also present and chiefly document immigration and other legal affairs.

Brodsky’s work, while rarely political, reflects broad historical and political themes that defined his era: empire, emigration, and the relationship of the individual to the state. The trajectory of Brodsky’s publishing and teaching is inextricable from the emigre experience, as his early works were censored in the Soviet Union and promoted by publishers and scholars in the United States. After the fall of the Soviet Union, the Russian literary public was able to “reclaim” Brodsky openly and his works (including Russian translations of his essays) were published there.

Brodsky’s bilingual emigre identity is elucidated in his writings. A significant proportion of Brodsky’s poetry was translated from Russian to English, often by multiple translators, and some poems exist in alternate versions. Brodsky’s prose was also oft-translated: his early essays were written in Russian and translated into English, though most of his prose was written in English. While Brodsky’s notes and corrections indicate engagement with the translation of his prose, it is evident that his commitment to and involvement in the translation of his poetry was profound.