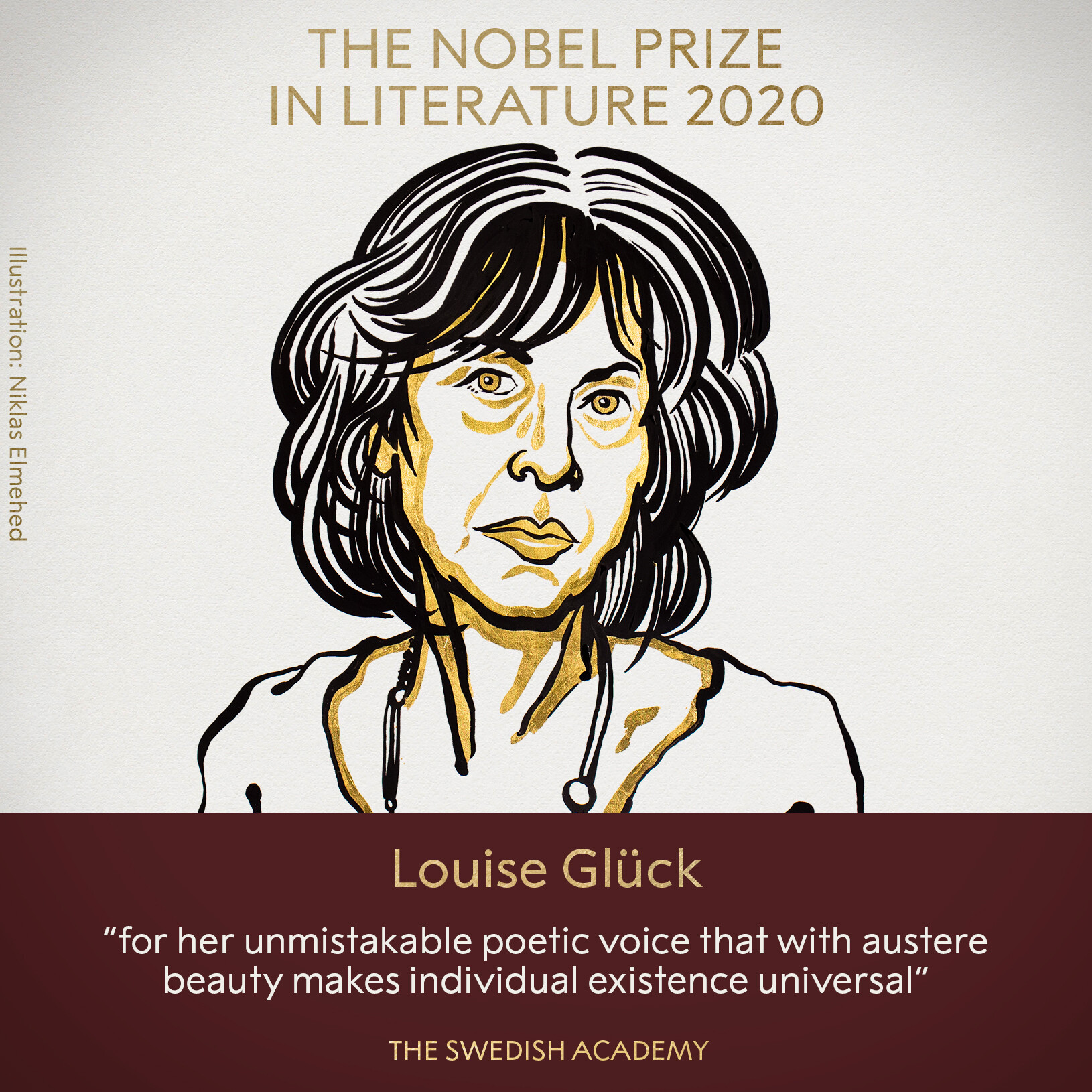 The Nobel Prize in Literature was awarded on Thursday to Louise Glück, distinguished poet and Professor in Yale’s English Department, “for her unmistakable poetic voice that with austere beauty makes individual existence universal.”

“In her poems, the self listens for what is left of its dreams and delusions, and nobody can be harder than she in confronting the illusions of the self,” said Anders Olsson, chair of the Nobel Committee. “But even if Glück would never deny the significance of the autobiographical background, she is not to be regarded as a confessional poet. Glück seeks the universal, and in this she takes inspiration from myths and classical motifs, present in most of her works. The voices of Dido, Persephone, and Eurydice — the abandoned, the punished, the betrayed — are masks for a self in transformation, as personal as it is universally valid.”

Glück is a beloved professor of poetry in Yale’s Creative Writing program. She teaches classes at both the introductory and advanced levels, and supervises independent projects. She is known for her discerning and forthright commentary, generously helping many a student discover their own strongest voice.

At Yale, in addition to teaching, Glück has brought young poets to the attention of wider audiences as the judge from 2003 to 2010 of the Yale Series of Younger Poets Prize, the oldest annual literary award in the United States.

For more information about this year’s Nobel Prize in Literature, visit the New York Times (see also this interview with the poet) and the Yale News.

For more information on Creative Writing at Yale, visit the English Department Website.   View a comprehensive list of Readings at Yale here.