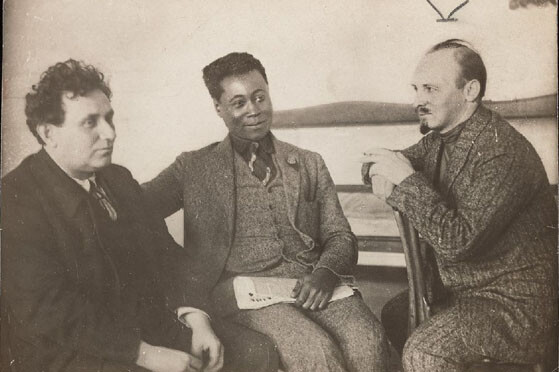 This March, we continued to ingest sundry material into our Digital Library which reflects the wide-ranging nature of Beinecke’s collection areas. The manuscript draft of Joseph Conrad’s “largest canvas,” Nostromo, has been completely digitized, along with the incomplete manuscript of a James Fenimore Cooper essay, the first volume of One Thousand and One Nights, and an alchemical text containing works attributed to Roger Bacon, Hermes Trismegistus, and Abū Bakr Muhammad Zakariyyā Rāzī.

New additions from the Barbara Hammer papers include a Goddess belt, a five-panel comic on breaking up for lesbians, a printed guide to Hammer’s films which accompanied viewings at the University of Nebraska, and an open letter condemning the California League of Women Artists for their decision to prevent Hammer’s films from being exhibited in 1978. Elsewhere in open letters is this printed condemnation of Thomas Jefferson for prosecuting Bethlehem preacher Azel Backus, whose sermons attacked Jefferson’s moral character, for libel. These images and more can all be found at the Beinecke’s Digital Library.