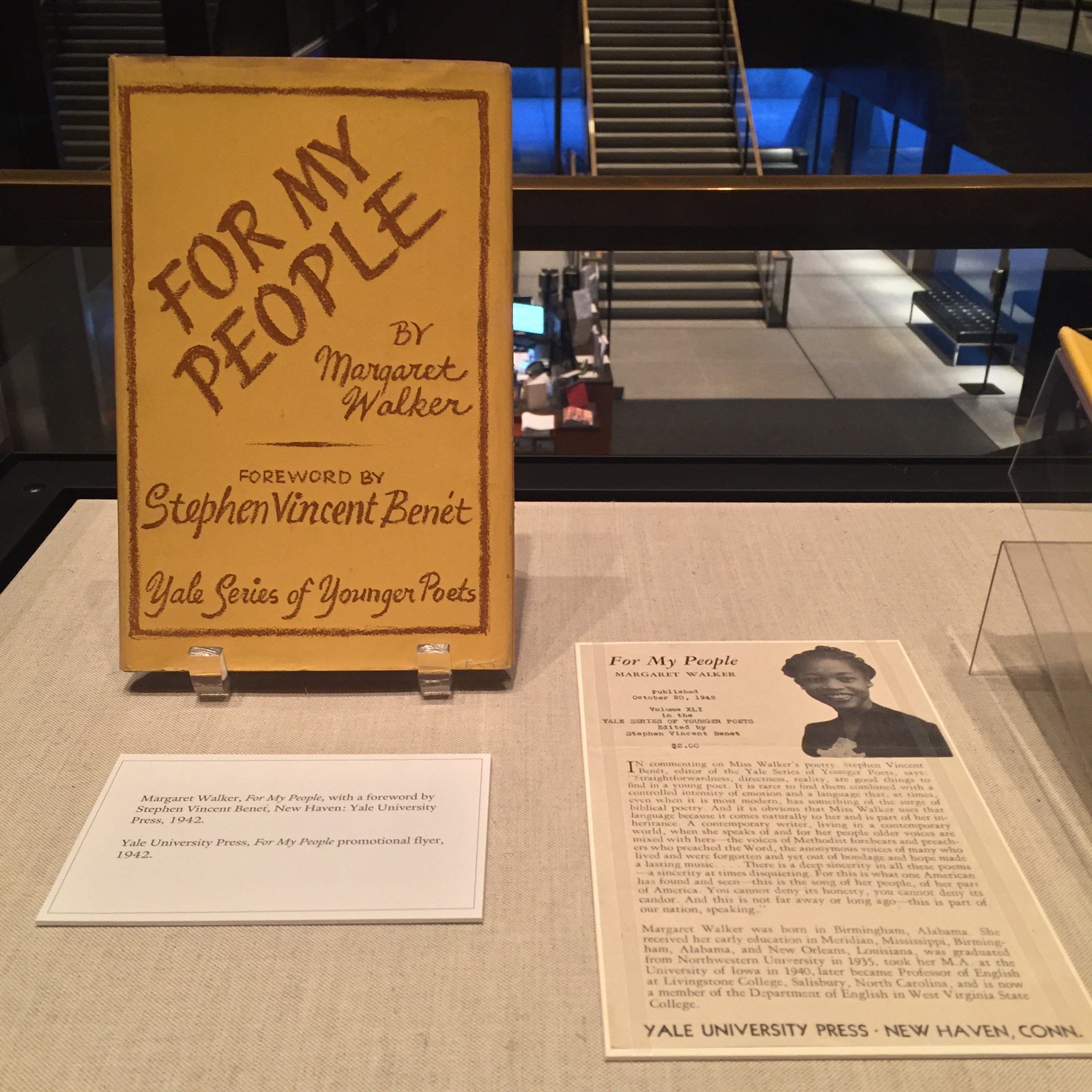 The Beinecke Library celebrates the centenrary of the Yale Series of Younger Poets in 2019 with a pop-up exhibit on October 11, 2019, of materials of Margaret Walker from  the Stephen Vincent Benét and Rosemary Benét Papers, curated by Raffaella Donatich ’19, research assistant in the Yale Collection of American Literature.

END_OF_DOCUMENT_TOKEN_TO_BE_REPLACED
Born in Birmingham, Alabama in 1915 to a minister and a music teacher, Margaret Walker began writing at age thirteen. After graduating with a B.A. from Northwestern University in 1935, Walker worked for the Chicago Federal Writers’ Project; encouraged by Langston Hughes and Richard Wright, she published her first poem “I Want To Write” in Crisis in 1934.
Walker received her M.A. in 1940 at the University of Iowa, where she drafted the manuscript she sent to Stephen Vincent Benét, 1919 B.A., 1920 M.A., for consideration for the Yale Series of Younger Poets. Walker’s letters to Benét—in the Stephen Vincent Benét Papers—reveal she won upon second submission, with publication in 1942. Her letters also reveal Walker as a receptive and collaborative writer, enthusiastic to begin an editorial relationship with Benét, and even more thrilled to be a published writer at the very beginning of a long career.
Open Gallery 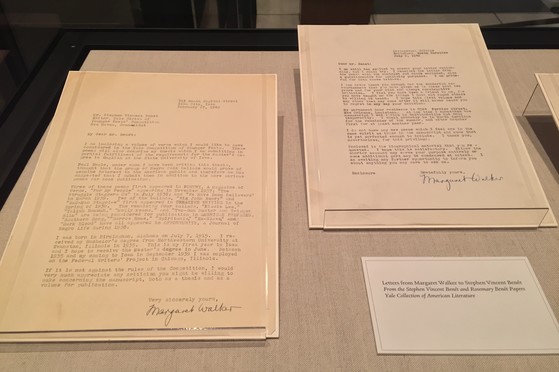 At only 26 years old, Margaret Walker became the first Black woman to win the Yale Younger Poets Award, making history with her debut volume For My People. From raucous ballads that portray characters like “Poppa Chicken” and “Kissie Lee” to sonnets that demonstrate her formal command, For My People is stylistically diverse and, quoting Benét, possesses “the surge of biblical poetry.” Walker’s fearlessly original and radical voice commits itself to memorializing the past and empowering the future, for her people.
END_OF_DOCUMENT_TOKEN_TO_BE_REPLACED END_OF_DOCUMENT_TOKEN_TO_BE_REPLACED