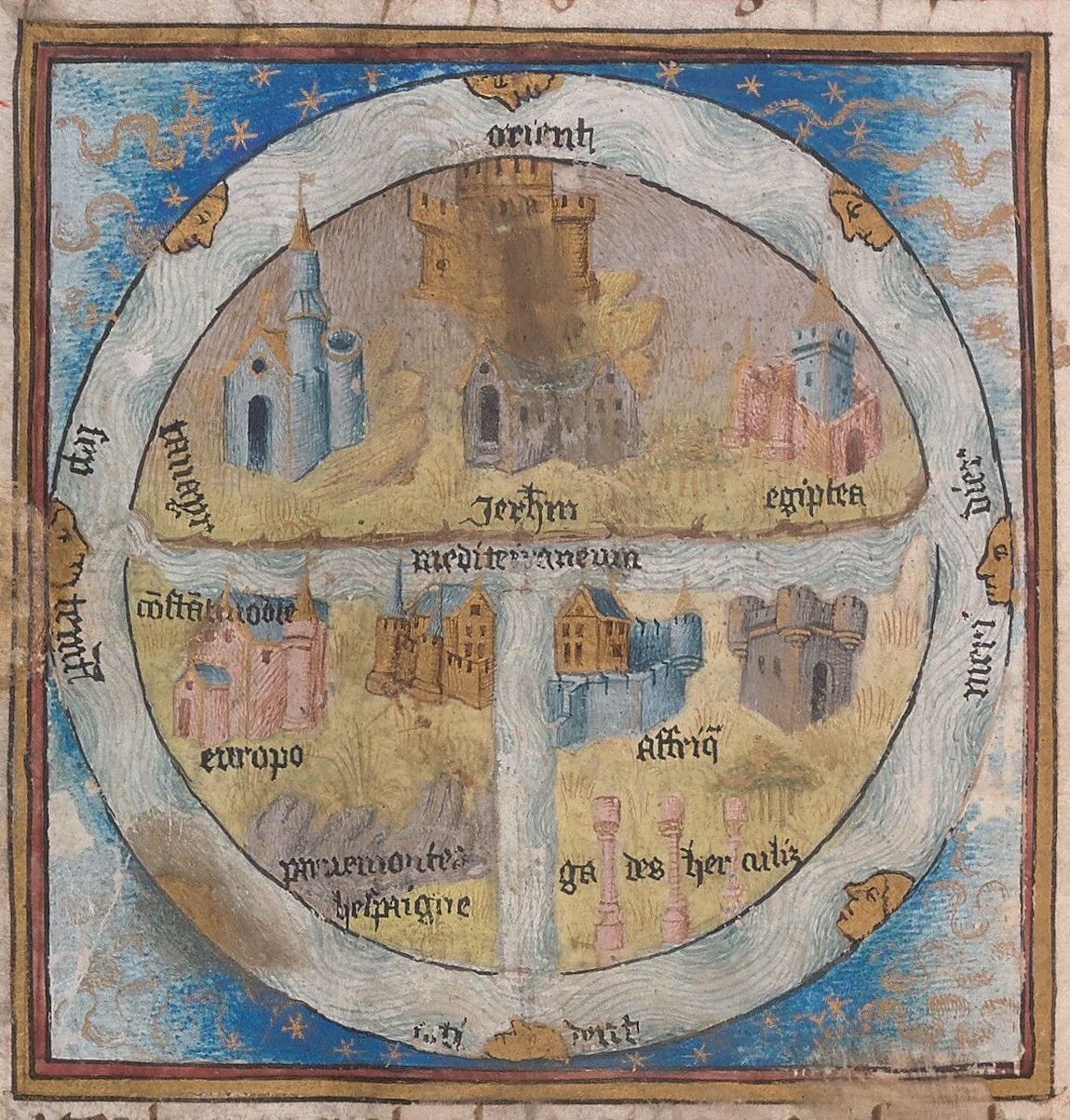 Several cases contain maps that represent the world as medieval Europeans saw it, and usually they are signified as a diagram of a T inscribed within an O. The O represents the waters that surround the three land masses: Asia, Africa, and Europe. Asia, normally represented at the top of the O, is twice the size of Europe or Africa. The stem of the T is the Mediterranean, which separates Europe from Africa; the right arm dividing Africa from Asia is the Nile River; and the left arm, which divides Europe from Asia, is the Don River. Medieval Europeans were well aware that the earth was curved, and these maps often note that they are simply diagrams useful for instruction, but they do not reflect the actual shape of the world, which is an orb or sphere.