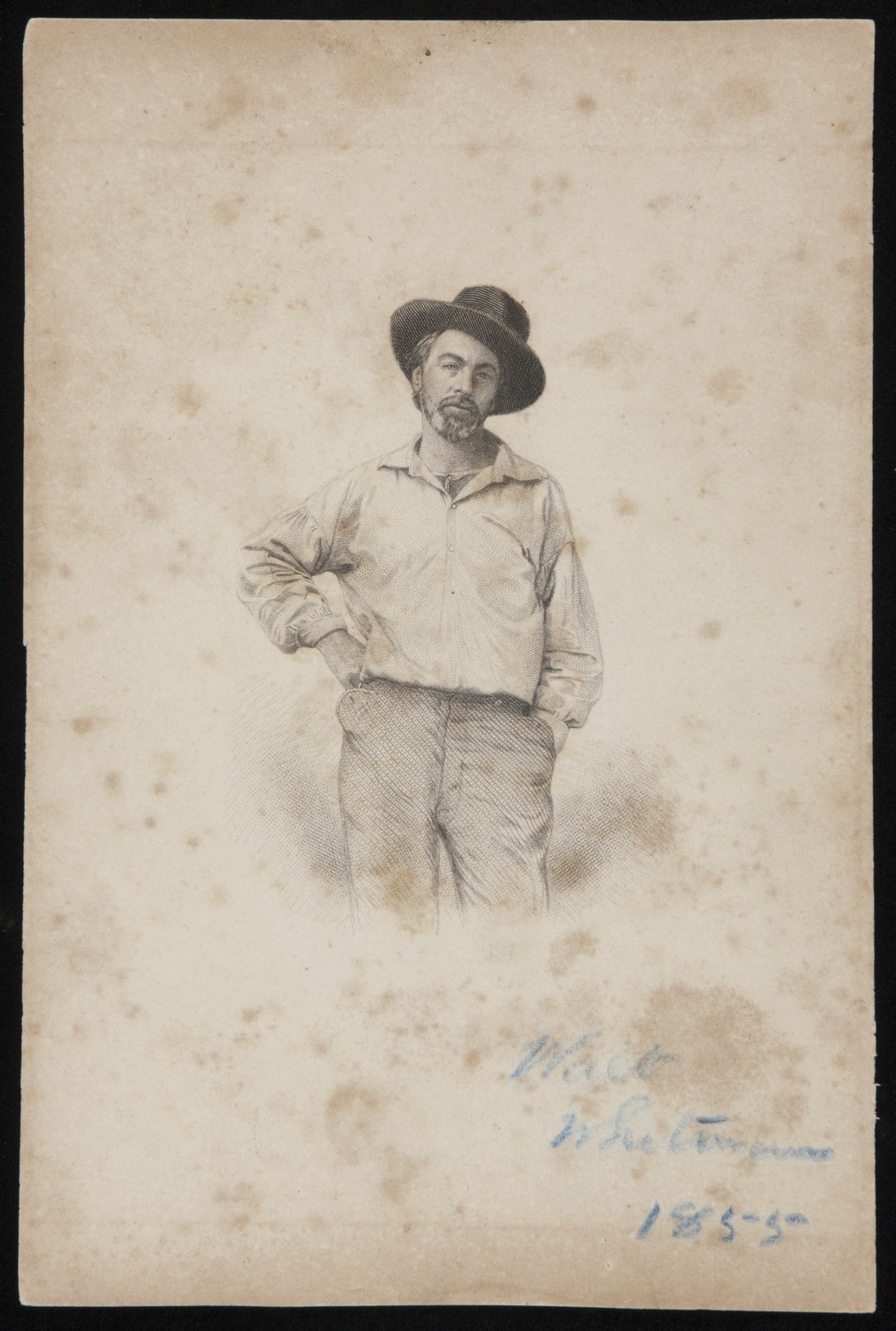 Walt Whitman, from Leaves of Grass, 1855

Founded in 1911 when Yale College graduate Owen Franklin Aldis donated his distinguished library of first editions of American fiction, drama, and poetry to the Yale Library, the Collection of American Literature stands as one of the most important collections of its kind. In the century following Aldis’s gift, the Collection has continued to grow, building on core areas and expanding to include complementary materials, from individual manuscripts to expansive literary archives, from little magazines and lively ephemera to high-tech artists’ books. The highlights exhibited in Multitudes: A Celebration of the Yale Collection of American Literature, 1911–2011 reveal areas of bibliographic strength and new development while demonstrating the Collection’s extraordinary richness, eclecticism, and depth. From the colonial period to the present, the Collection celebrates American Literature as a living art form with a complex history. Its evolving and vibrant traditions are a subject worthy of both rigorous scholarly attention as well as leisurely pursuit for the general reader.

Image: Samuel Hollyer, lithograph from a daguerreotype of Walt Whitman by Gabriel Harrison, 1855. Title page, Leaves of Grass, first edition 1855. An example of the Yale Collection of American Literature’s great strength in printed, manuscript, and visual materials documenting American Poetry is its outstanding collection of materials relating to the life and writing of Walt Whitman. One of the most important works of American Literature, Whitman’s Leaves of Grass is a celebration of the democratic spirit, the emotional and intellectual power of literature and art, and of the poet himself. In this work, Whitman introduced a new mode of writing and of expression. In the 150 years since it was first published, Leaves of Grass and its author have played a crucial role in shaping American literature and America’s literary imagination. The Beinecke’s Whitman holdings contain copies of all major editions of Leaves of Grass, including five copies of the extraordinarily rare first edition, published in 1855, and several copies of the 1856 second edition, featuring a quotation from a letter Whitman received from Ralph Waldo Emerson in response to the first edition: “I greet you at the beginning of a great career…” In addition to printed works, the Library’s Walt Whitman Collection contains letters, manuscripts, photographs, art, and other material dating from 1842-1949, and features the Whitmania of Yale benefactors Owen Aldis, Louis Mayer Rabinowitz, Adrian Van Sinderen and others. Outstanding manuscripts include Whitman’s early 1850s text “Pictures,” often called a prototype for poems in the 1855 edition of Leaves of Grass because its expansive energy predicts the experimental free verse that characterizes Whitman’s work. The Collection also includes numerous photographs of the poet. Whitman was quite conscious of his public persona and understood the powerful role that photography, still a new and developing technology, could play in helping him to reach his American audience. From the “rough” depicted in the portrait on the title page of the first edition of Leaves of Grass, to the respectable bard appearing in the edition published five years later, to the “Good Gray Poet” that emerged in the 1860s, Whitman’s photographic image evolved over the course of his career as a writer and public figure. The Whitman Collection also includes artworks and objects such as bronze medallions and Whitman’s own eyeglasses.