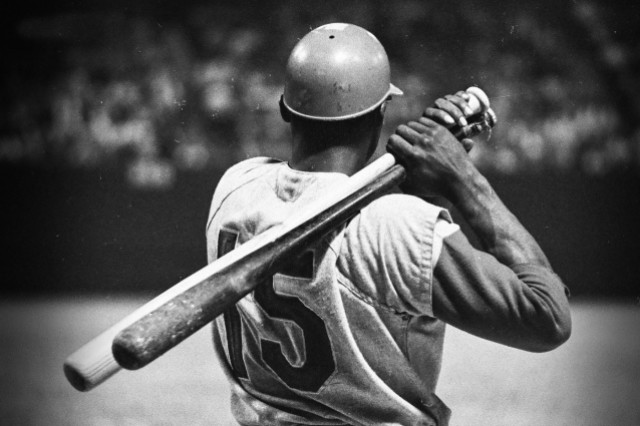 Beinecke Library has acquired the archive for the documentary A Long Way from Home: The Untold Story of Baseball’s Desegregation, written by Gaspar Gonzalez and Matthew Frye Jacobson and directed by Gaspar Gonzalez. Featuring inteviews with James “Mudcat” Grant, Orlando Cepeda, Tony Perez, Jimmy Winn, Grover “Deacon” Jones, J.R. Richard, Enos Cabell, Octavio “Cookie” Rojas, Orlando Pena, and Bobby Tolan, the documentary recounts the experiences of the generation of Black and Latino ballplayers who desegregated baseball after Jackie Robinson joined the Brooklyn Dodgers in 1947. A synopsis from the film’s website: “Jackie Robinson broke baseball’s color line in 1947, but it took another generation of Black and Latino players to make the sport truly open to all. Playing in remote minor-league towns, these were the men who, before they could live their big-league dreams, first had to beat Jim Crow.”

Gaspar Gonzalez, a Ph.D. in American Studies from Yale, has produced documentaries for the BBC, PBS, ESPN, and others. A Long Way from Home was supported by a grant from the National Endowment for the Humanities. Matthew Frye Jacobson is William Robertson Coe Professor of American Studies and History at Yale. Gonzalez and Jacobson have generously donated the archive to Beinecke.

The collection can be requested by researchers to be reviewed in the Beinecke Reading Room by following the request link from the accession record. Because the collection consists of digital files, please make requests well in advance of any planned visit, allowing at least two weeks to prepare the files for review.