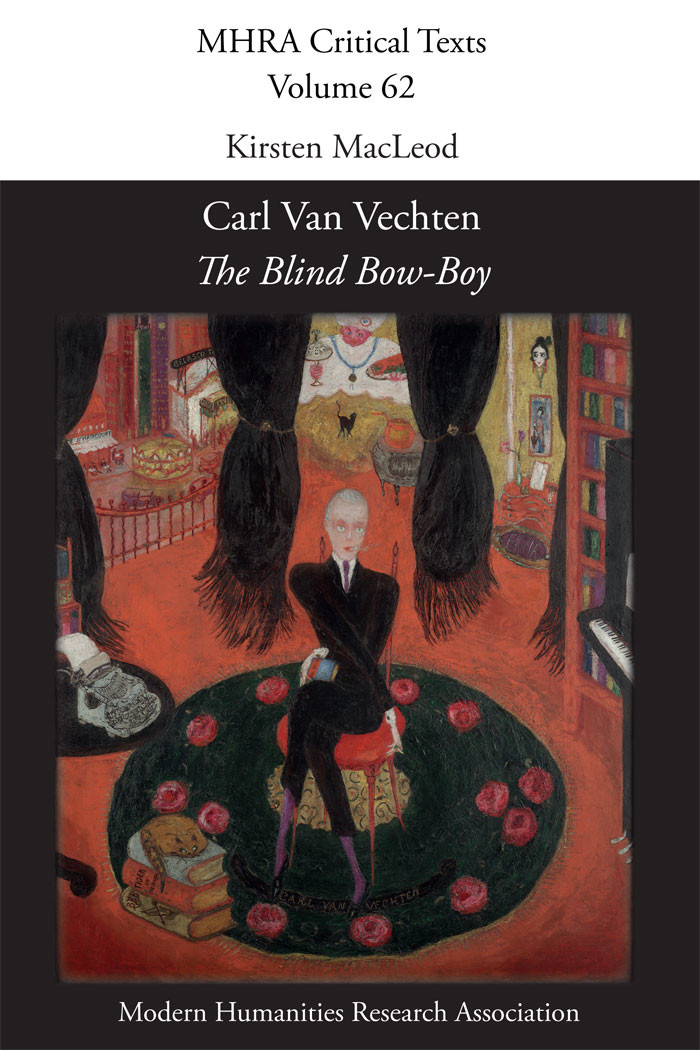 From the publisher: Carl Van Vechten (1880-1964) was a key advocate for modernism across the arts in America in the first half of the twentieth century. As a critic of music, dance, and literature, as novelist, as photographer, as patron of the arts, and as saloniste, he exerted an influence on the development and reception of popular and avant-garde forms of modernism – from jazz, blues, and early cinema to Gertrude Stein and Igor Stravinsky. Though currently less well-known than ‘Lost Generation’ contemporaries such as F. Scott Fitzgerald and Ernest Hemingway, Van Vechten was a popular and critically acclaimed figure in his day. Van Vechten’s novels are worthy of recuperation for their distinctive take on the raucous spirit of the Jazz Age, bringing a witty and sardonic viewpoint to issues that his modernist contemporaries approached with gravity. This edition brings back into print Van Vechten’s second novel, The Blind Bow-Boy (1923), which Van Vechten’s most recent biographer has called a ‘great, forgotten American novel of the 1920s’. It is thoroughly annotated and provides an introduction that foregrounds the novel’s importance for literary modernism and as a treatment of queer identity.