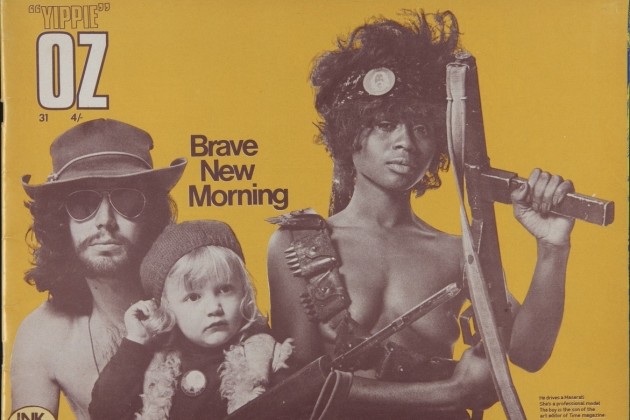 The Power of Pictures, the final exhibition of the Beinecke Rare Book & Manuscript Library’s 50th anniversary celebration, draws on the library’s collections to explore how people throughout the ages have used images to tell stories, document their lives, and define their worlds.

The exhibition, which opened October 4, features a remarkable range of materials spanning hundreds of years and dozens of cultures, from woodcuts to photographs, diagrams to cartoons, revolutionary posters to children’s books.

“More so than ever, we live in a world saturated with images,” George Miles, curator and coordinator of the exhibition, said. “This exhibition reminds us that our contemporary experience of flat-screen TVs, smartphones, and billboards has deep historical roots, going back to the earliest cave paintings 40,000 years ago.”

The exhibition is divided into four sections:

The Power of Pictures, which is free and open to the public, closes December 16. It is the third in a series of exhibitions to mark the library’s 50th anniversary. The first exhibition, By Hand, explored manuscript culture and the second, Permanent Markers, documented the history and impact of printing on society.

The Power of Pictures is accompanied by a gallery guide of the same name, available from the library. To view an online version of the exhibition, visit http://beinecke.library.yale.edu/exhibitions/power-pictures