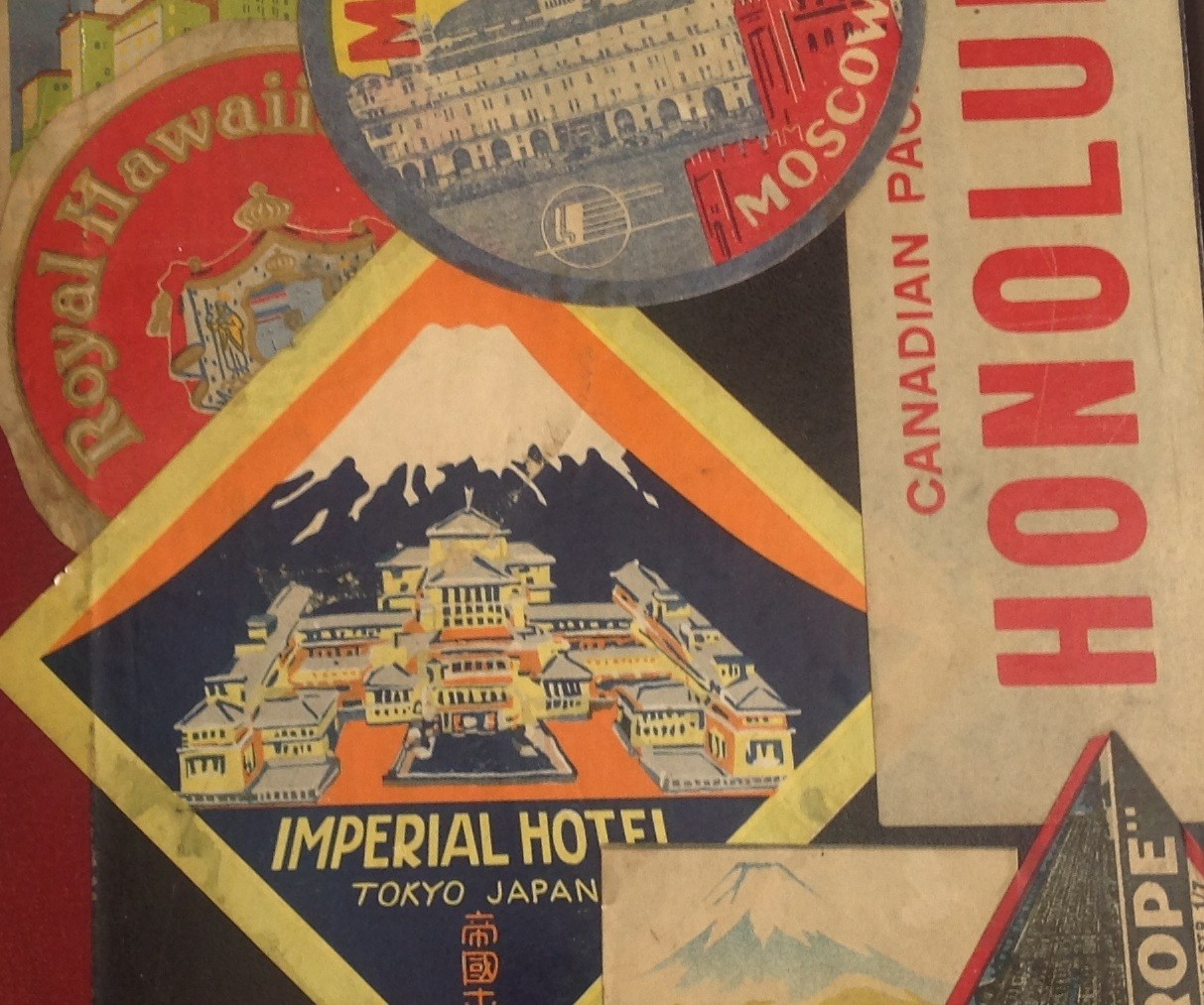 The Beinecke Library has acquired a scrapbook that documents a trip around the world by Lynn Morley Bell, May-November 1934 (YCAL 712). The volume includes narrative about the trip, as well as circa 130 mounted photographic prints, circa 145 newspaper clippings and printed items, and 15 booklets and pamphlets tipped in or laid in. Hotel stickers and travel decals, mostly from Japan and the Soviet Union, cover the boards of the volume, while the rear pastedown includes 11 photographs of United States consulates or legations visited by Bell.

Bell left from San Francisco, California, to Vancouver, Canada. He then visited tourist sites in Hawaii, Japan, China, the Soviet Union, Finland, Sweden, Denmark, Germany, England, France, the Netherlands, and Belgium, before returning to the United States via New York. His narrative details his impressions of the different locales, including a description of travel on the Trans-Siberian Railway in the Soviet Union. The volume also includes material related to a political rally of the British Union of Fascists in October 1934. Snapshot photographs throughout the volume depict sites and street scenes along his journey. (MM)