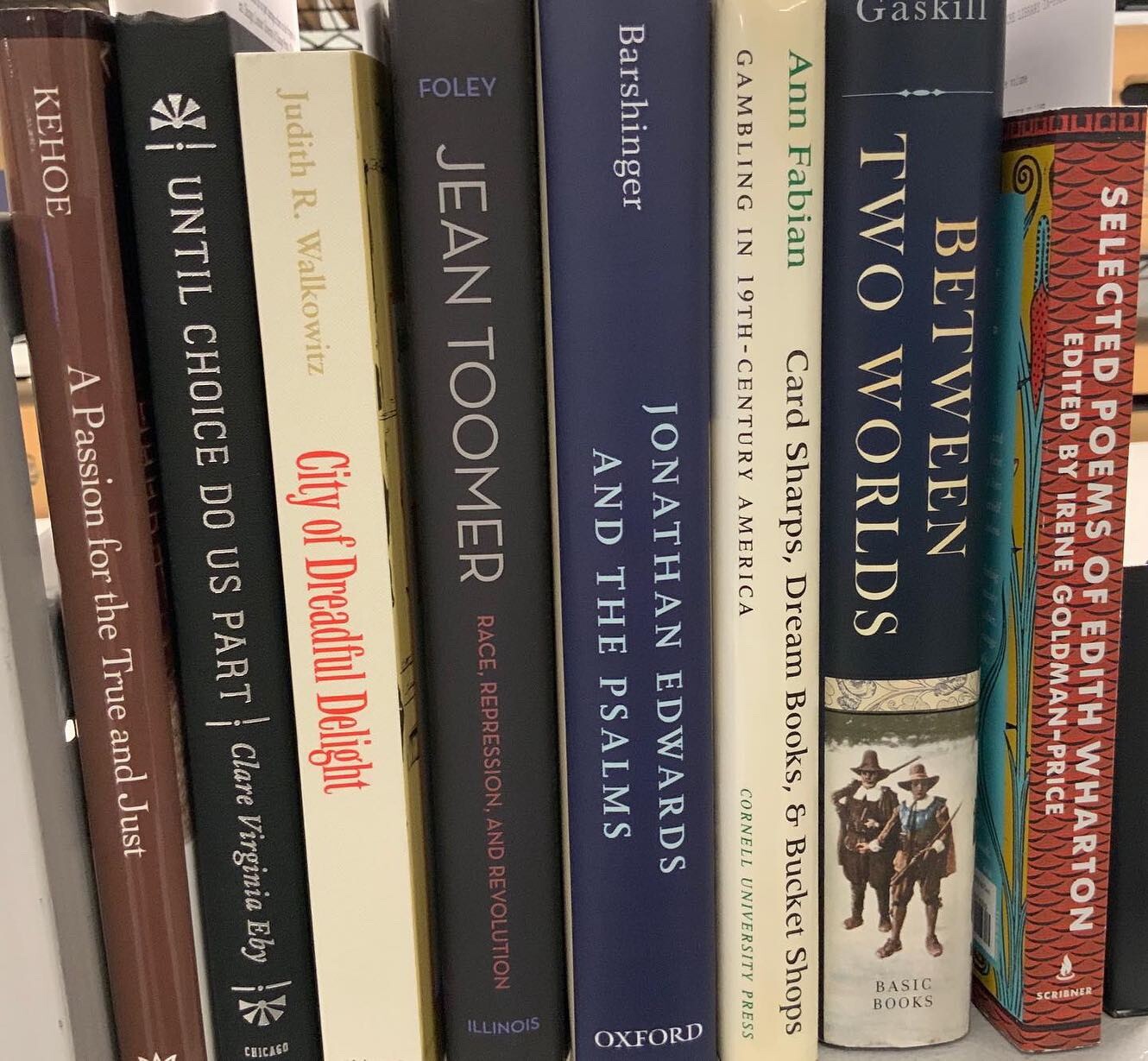 The books listed below are headed for the shelves in the “1963Room” at Beinecke Library. This beautiful conference room honors the founding of the library and celebrates the diverse scholarship supported by our collections.

We are always eager to help spread the word about new scholarship from our collections and we frequently post notices about books, articles, and conference presentations that have benefited from research in our reading room or using our online resources on our website.  Students, scholars, and fellows are invited and encouraged to let us know about new work drawn from the Beinecke Library’s collections.  Please send a citation, summary, and information about Beinecke collections consulted to: New Scholarship from Beinecke: Submissions.

The Product of Our Souls: Ragtime, Race, and the Birth of the Manhattan Musical Marketplace

So Rugged and Mountainous: Blazing the Trails to Oregon and California, 1812-1848

Young Eliot: From St. Louis to The Waste Land

The War That Used Up Words: American Writers and the First World War

Banned: A History of Pesticides and the Science of Toxicology

Between Two Worlds: How the English Became Americans

Jonathan Edwards and the Psalms: A Redemptive-Historical Vision of Scripture

Texts in Transit: Manuscript to Proof and Print in the Fifteenth Century

A Passion for the True and Just: Felix and Lucy Kramer Cohen and the Indian New Deal

The Christian Monitors: The Church of England and the Age of Benevolence

Until Choice Do Us Part: Marriage Reform in the Progressive Era

Round About the Earth: Circumnavigation from Magellan to Orbit

Shaping a Muslim State: The World of a Mid-Eighth-Century Egyptian Official

Commonwealth of Letters: British Literary Culture and the Emergence of Postcolonial Aesthetics