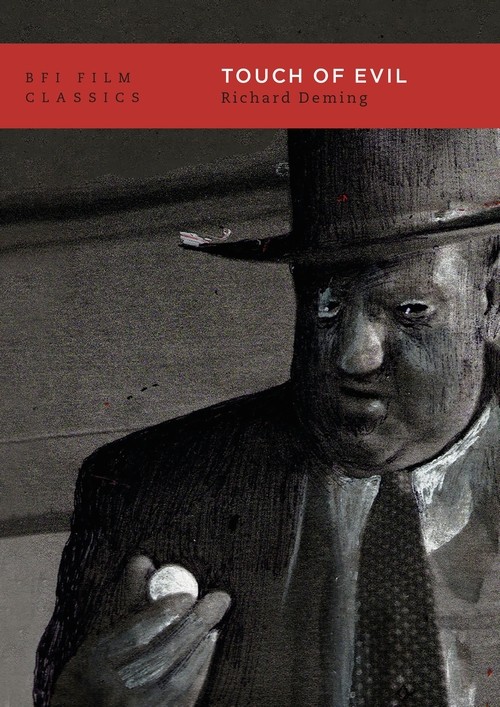 From the Publisher: Orson Welles’ classic 1958 noir movie Touch of Evil, the story of a corrupt police chief in a small town on the Mexican-American border, starring Charlton Heston, Janet Leigh and Marlene Dietrich, is widely recognised as one of the greatest noir films of Classical Hollywood cinema. Richard Deming’s study of the film considers it as an outstanding example of the noir genre and explores its complex relationship to its source novel, Badge of Evil by Whit Masterson. He traces the film’s production history, and provides an insightful close analysis of its key scenes, including its famous opening sequence, a single take in which the camera follows a booby-trapped car on its journey through city streets and across the border. READ MORE

Director of Creative Writing at Yale, Richard Deming is a poet, art critic, and theorist whose work explores the intersections of poetry, philosophy, and visual culture. His collection of poems, Let’s Not Call It Consequence (Shearsman, 2008), received the 2009 Norma Farber Award from the Poetry Society of America. His most recent book of poems, Day for Night, appeared in 2016. He is also the author of Listening on All Sides: Toward an Emersonian Ethics of Reading (Stanford UP, 2008), and Art of the Ordinary: the Everyday Domain of Art, Film, Literature, and Philosophy  (Cornell UP, 2018). Winner of the Berlin Prize, he was the Spring 2012 John P. Birkelund Fellow of the American Academy in Berlin.