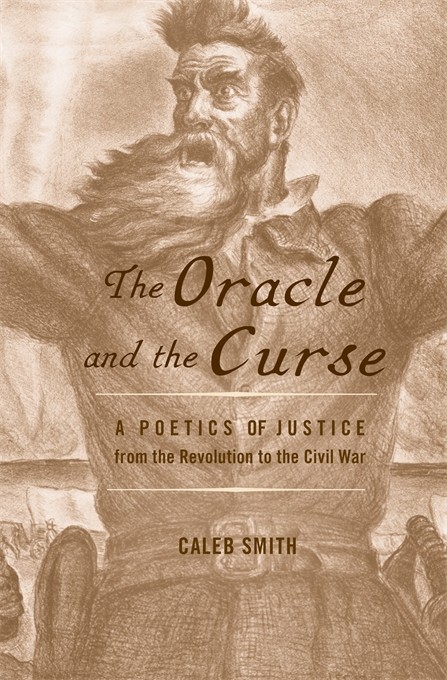 From Harvard University Press: The Oracle and the Curse, A Poetics of Justice from the Revolution to the Civil War by Caleb Smith

Condemned to hang after his raid on Harper’s Ferry, John Brown prophesied that the crimes of a slave-holding land would be purged away only with blood. A study of omens, maledictions, and inspired invocations, The Oracle and the Curse examines how utterances such as Brown’s shaped American literature between the Revolution and the Civil War.

In nineteenth-century criminal trials, judges played the role of law’s living oracles, but offenders were also given an opportunity to address the public. When the accused began to turn the tables on their judges, they did so not through rational arguments but by calling down a divine retribution. Widely circulated in newspapers and pamphlets, these curses appeared to channel an otherworldly power, condemning an unjust legal system and summoning readers to the side of righteousness.

Exploring the modes of address that communicated the authority of law and the dictates of conscience in antebellum America’s court of public opinion, Caleb Smith offers a new poetics of justice which assesses the nonrational influence that these printed confessions, trial reports, and martyr narratives exerted on their first audiences. Smith shows how writers portrayed struggles for justice as clashes between human law and higher authority, giving voice to a moral protest that transformed American literature.

More infomration: The Oracle and the Curse