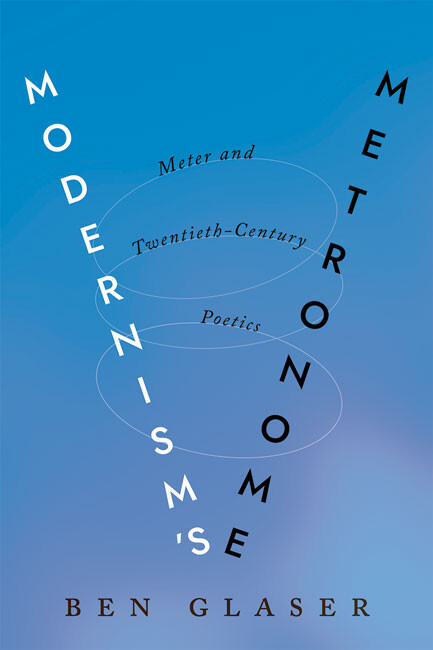 From the publisher: Despite meter’s recasting as a rigid metronome, diverse modern poet-critics refused the formal ideologies of free verse through complex engagements with traditional versification.

In the twentieth century, meter became an object of disdain, reimagined as an automated metronome to be transcended by new rhythmic practices of free verse. Yet meter remained in the archives, poems, letters, and pedagogy of modern poets and critics. In Modernism’s Metronome, Ben Glaser revisits early twentieth-century poetics to uncover a wide range of metrical practice and theory, upending our inherited story about the “breaking” of meter and rise of free verse.

Ben Glaser is an assistant professor of English at Yale University. He is the coeditor of Critical Rhythm: The Poetics of a Literary Life Form.