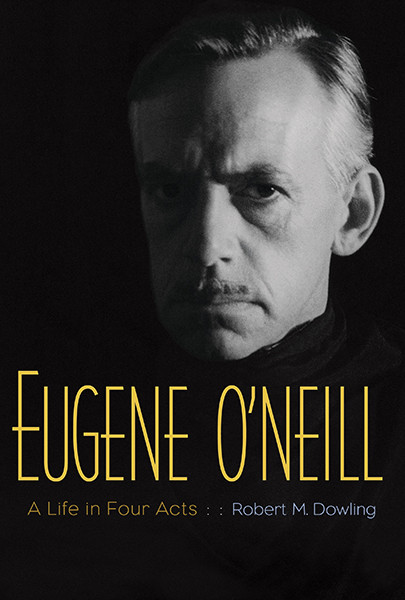 From Yale University Press.com: This extraordinary new biography fully captures the intimacies of Eugene O’Neill’s tumultuous life and the profound impact of his work on American drama. Robert M. Dowling innovatively recounts O’Neill’s life in four acts, thus highlighting how the stories he told for the stage interweave with his actual life stories. Each episode also uncovers how O’Neill’s work was utterly intertwined with, and galvanized by, the culture and history of his time.

Much is new in this extensively researched book: connections between O’Neill’s plays and his political and philosophical worldview; insights into his Irish upbringing and lifelong torment over losing faith in God; his vital role in African American cultural history; unpublished photographs, including a unique offstage picture of him with his lover Louise Bryant; new evidence of O’Neill’s desire to become a novelist and what this reveals about his unique dramatic voice; and a startling revelation about the release of Long Day’s Journey Into Night in defiance of his explicit instructions. This biography is also the first to discuss O’Neill’s lost play Exorcism (a single copy of which was only recently recovered), a dramatization of his own suicide attempt.

Written with lively informality yet a scholar’s strict accuracy, Eugene O’Neill: A Life in Four Acts is a biography that America’s foremost playwright richly deserves.