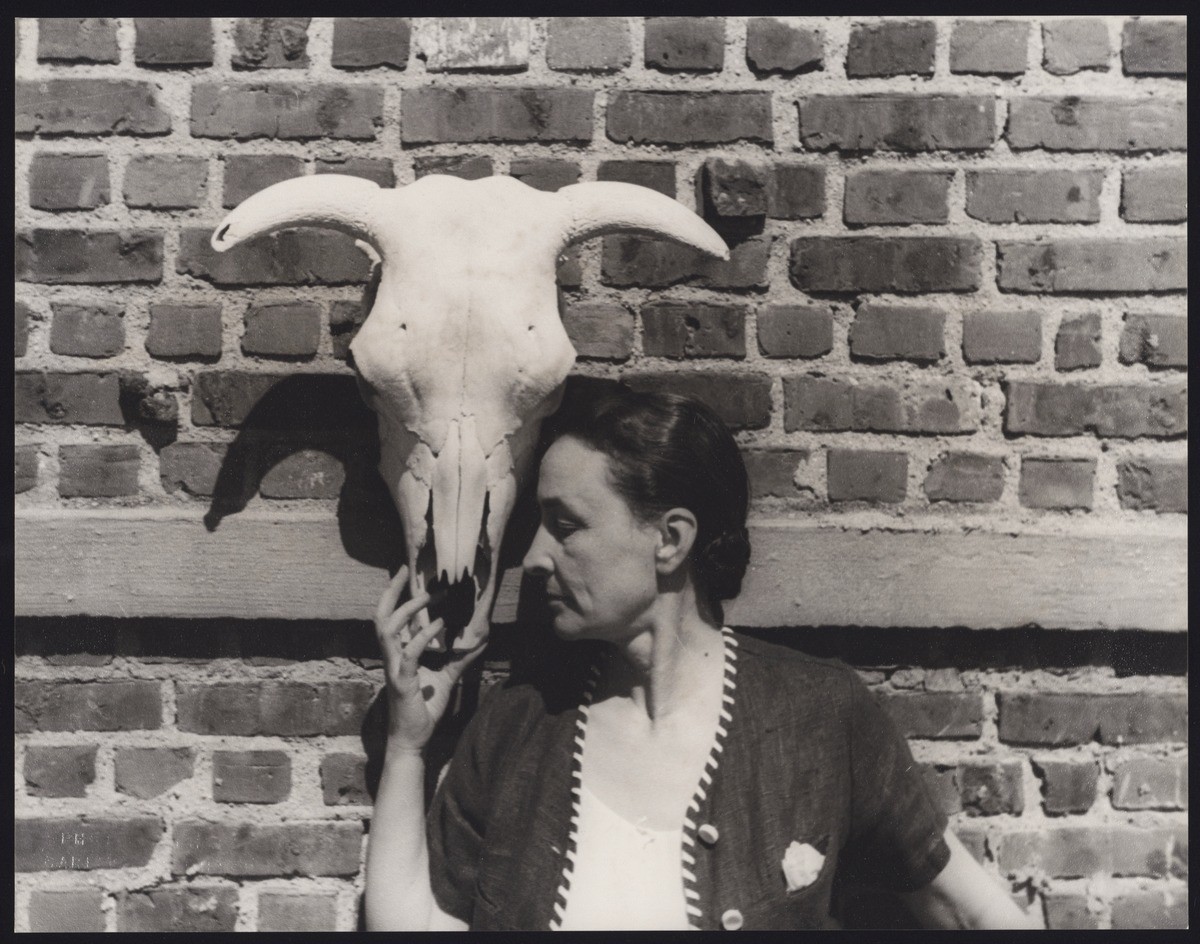 In “‘You are no stranger to me’: Georgia O’Keeffe’s Fan Mail,” Linda M. Grasso analyzes the extraordinary number of fan letters O’Keeffe received from the 1950s to the 1980s, focusing specifically on fan letters written by women.  O’Keeffe meticulously preserved the fan letters which are now housed in the Alfred Stieglitz/Georgia O’Keeffe archive (YCAL MSS 85). In the essay, Grasso contextualizes O’Keeffe’s fame and advances three arguments: One, O’Keeffe achieved celebrity status because her image and work were circulated in mass-market publications such as Life, Look, Time, and Vogue, and she acquired fans from media exposure more than from museum exhibitions. Two, O’Keeffe’s fans responded to her in the same way they responded to movie stars, requesting autographs, meetings, and advice because movie star fan magazines taught them to do so. And three, white women fans especially thrilled to O’Keeffe because she performed a kind of equal rights feminism that melded with cherished U.S. beliefs in individualism, equality, and opportunity. How the writers imagine O’Keeffe, respond to her paintings, and create an epistolary relationship reveals a great deal about how they negotiate being female during these decades.

In addition to these findings, Grasso closely reads selected letters and concludes that O’Keeffe and her work connected women of different ages, professions, life choices, and political persuasions because they found in O’Keeffe and her art life-guiding values and inspiration. O’Keeffe signifies power over loss resulting from aging or from gender expectations and barriers and she was passionately committed to painting, an activity all women could engage in, respond to, and appreciate. Grasso’s study of O’Keeffe’s fan mail is part of a book project entitled Georgia O’Keeffe, Feminism, and Fame, which situates O’Keeffe in feminist history and explores what feminism means to O’Keeffe and her audiences over several generations.