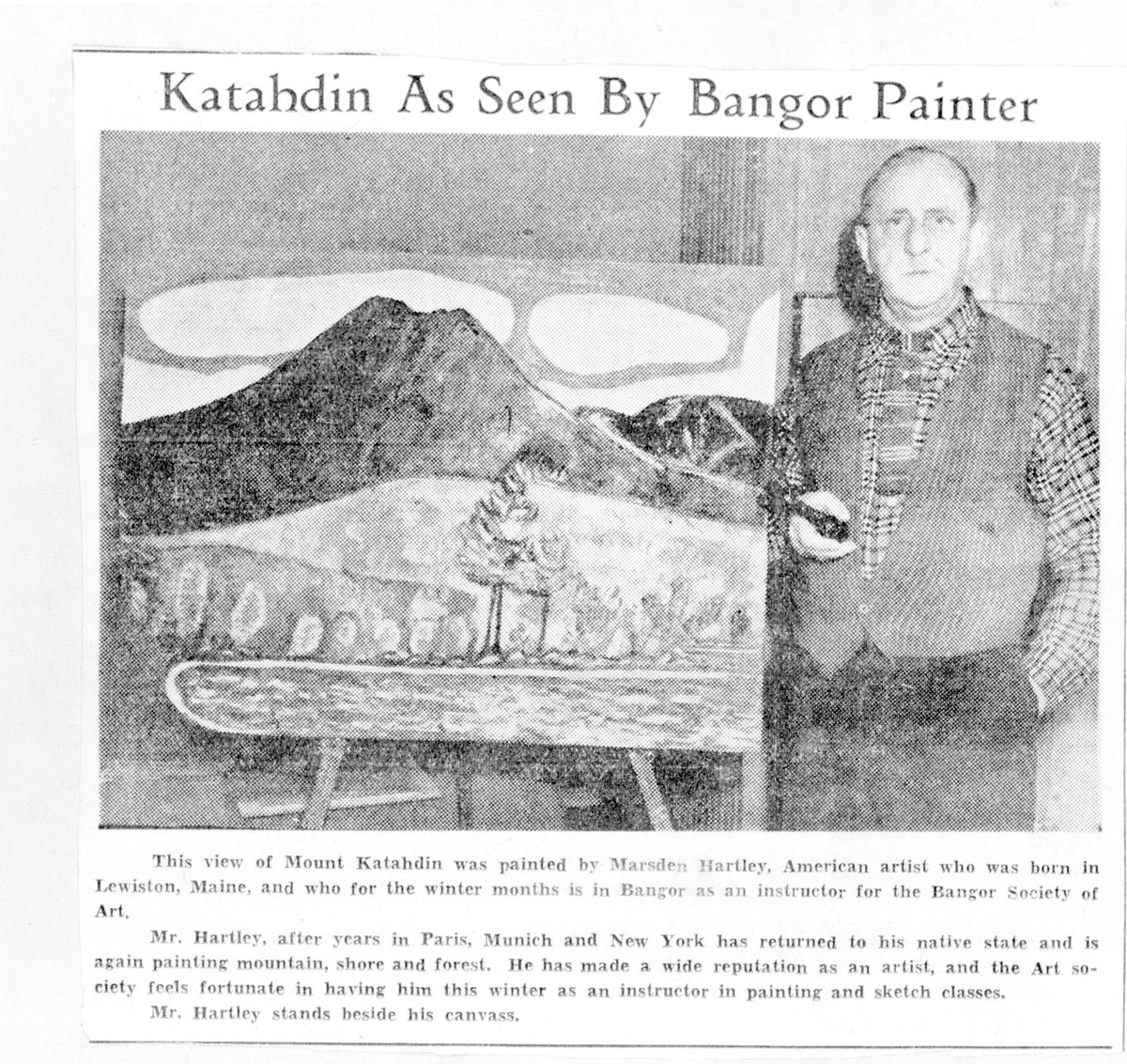 Essay Excerpt: Marsden Hartley made a career—though not always a very successful one—painting mountains. He painted mountains in France, Germany, Mexico, New Mexico, and New Hampshire. When he did not have mountains to paint, he improvised them. In Dogtown, Massachusetts, he entitled a painting of boulders Mountains in Stone, and critics have commented repeatedly on the mountain-like contours and masses that characterize his portraits of human subjects. Hartley was painting mountains the year before he died, in 1942, and he was painting mountains in 1909 when Alfred Stieglitz first showed his work. Marianne Moore met Hartley through his mountain paintings, at another show at Stieglitz’s 291 Gallery in 1915. She accorded Hartley’s mountains special notice in a letter home, reporting that she had seen “paintings of mountains by a man named Hartley, also some Picabias and Picassos and so on.”

Even in a career’s worth of mountain painting, Hartley’s late paintings of Maine’s Mount Katahdin are unique. Previously, in painting the Alps and Mont Sainte-Victoire, Hartley had painted a small number of views repeatedly, but never had he painted so doggedly a single mountain, not to mention a single view of a mountain, as he did Mount Katahdin. Over the four-year period before his death in 1943, he painted Katahdin almost twenty times. The paintings vary only slightly in composition. In Mt. Katahdin, Autumn, No. 2, painted the winter after his 1939 expedition to the mountain, all the elements of succeeding paintings are in place: mountain, foothill, tree, lake (fig. 1). The point of view would not change. A photograph of Hartley outfitted in plaid shirt and vest and standing next to this canvas appeared in the Bangor Daily News in February 1940 with the accompanying caption: “Katahdin as seen by Bangor Painter” (fig. 2).

Read the Essay: Emily Setina. ““Mountains Being a Language with Me” Marianne Moore, Marsden Hartley, and Modernist Revision.” Modernism/modernity 22.1 (2015): 153-182.