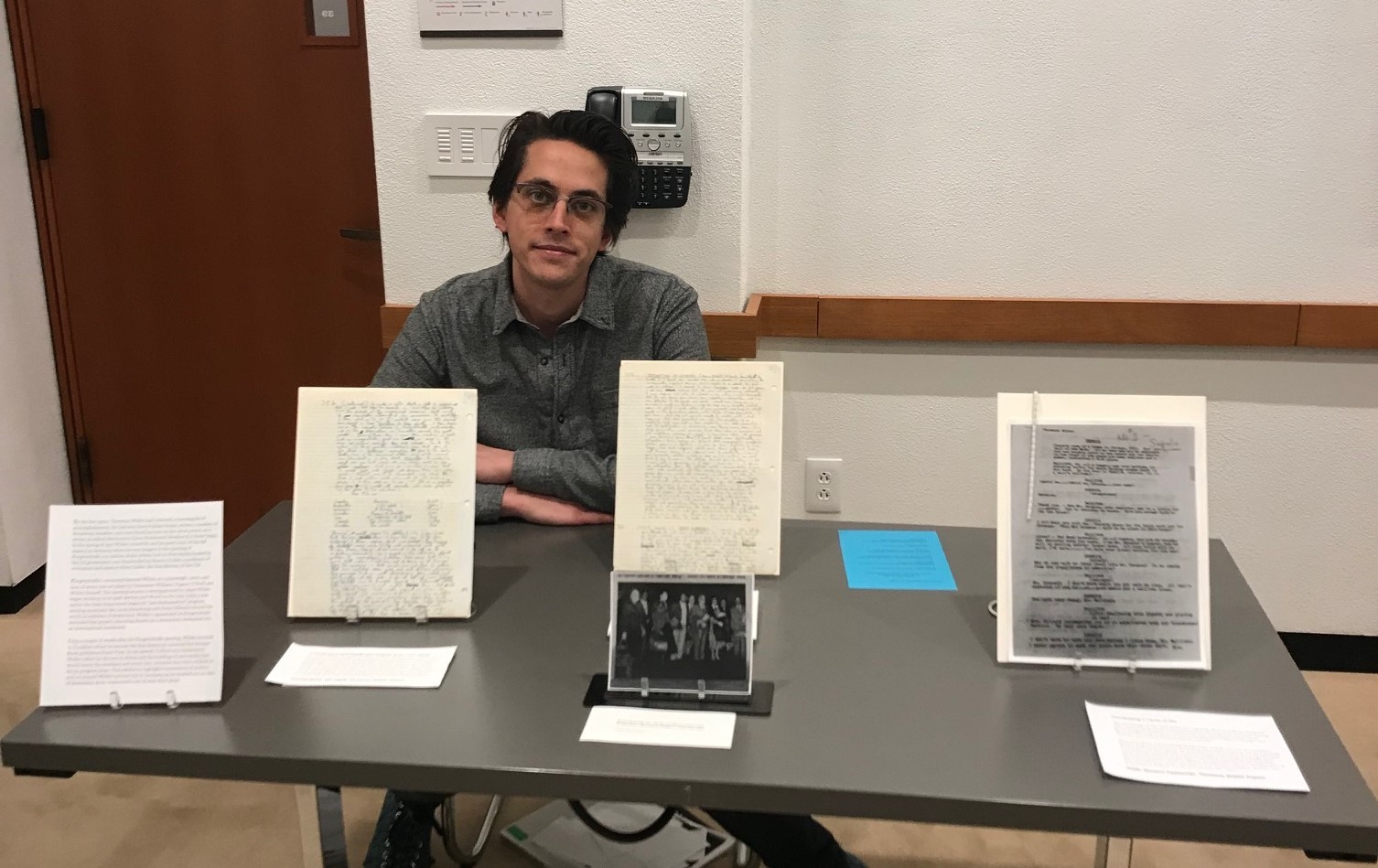 By the late 1950s, Thornton Wilder had collected a towering list of accomplishments. Along with three Pulitzer Prizes and a number of Broadway smashes, Wilder found success on the silver screen, working with Alfred Hitchcock on the Oscar Nominated Shadow of a Doubt (1943). In the spring of 1957, Wilder turned 60 and he spent most of the fall season in Germany where he was integral to the opening of Kongresshalle, a 5-million-dollar artistic hub in West Berlin funded by the US government and shepherded by Eleanor Dulles, a professor of economics and sister to Allen Dulles, the first director of the CIA.

Kongresshalle’s opening ceremony featured Wilder as a playwright, actor, and emcee for a night of seven one-act plays by Tennessee Williams, William Saroyan, Eugene O’Neill and Wilder himself. The night was a testing ground for Wilder who premiered two plays he began working on: Bernice and Wreck on the 5:25. Only a year earlier the State Department began its “Jazz Ambassadors” program, sending musicians like Louis Armstrong and Dizzy Gillespie around the world as emblems of democracy. Wilder’s appearance at Kongresshalle extended that project, exporting theater as a democratic enterprise into an international community.

Weeks after the Kongresshalle opening, Wilder traveled to Frankfurt where he became the first American awarded the German Book publishers Peace Prize. In his speech “Culture in a Democracy,” Wilder called for the end of elitism and the building of new myths that would honor the mundane and every day concerns that were evident in his in-progress plays. This exhibition highlights the coexistence of politics and art around Wilder’s pivotal trip to Germany as he worked out an idea of democracy and theater.

Wilder’s journal became a place to work through drafts and critically annotate his own artistic process. It was also a space to reckon with anxieties. Though Wreck on the 5:25 and Bernice were staged in Germany in 1957 to great success, Wilder was consumed with improving the scripts. In this entry, written two years after Bernice premiered, Wilder describes his artistic stifling, in part a result of his “bewitched devotion” to James Joyce’s Finnegans Wake. Joyce’s tome had turned his one act plays as little more than products of the “peripheral areas of my will and imagination.” By shedding his obsession, Wilder sought to reorient himself as a writer. By depicting everyday life, Wilder was “reawakening the fields of observation and reflection” in his art.

Set in Chicago at the turn of the 20th century, Bernice follows Walbeck who returns home from Joliet prison after serving time for fraud. Things have changed: Walbeck’s wife has left him and he has a new maid, Bernice. Not only is Bernice one of the greatest cooks in Chicago, she was also previously incarcerated for murder. This play about acknowledging the other, grew out of a scenario Wilder originally wrote for the Italian filmmaker Vittorio De Sica (known for the Neo-Realist classic, Bicycle Thieves). Over time the script became one of the few completed entries in Wilder’s incomplete Deadly Sins cycle of 7 one-act plays. In an early version of the script, the hand annotation “#2 Superbia” [the Latin word for “pride”] reflects Wilder’s decision to include Bernice within the cycle only after it was nearly complete. Bernice was first performed at Kongresshalle with Ethel Waters in the titular role and the play was published in English for the first time in the 1990s.

Nicholas Forster is a PhD Candidate in African American Studies and Film and Media Studies at Yale University. He recently co-edited, with Michele Prettyman, a “CLOSE-UP” section of the journal Black Camera on Black Independent New York Filmmakers and he is currently writing a biography of the writer-director-actor Bill Gunn.