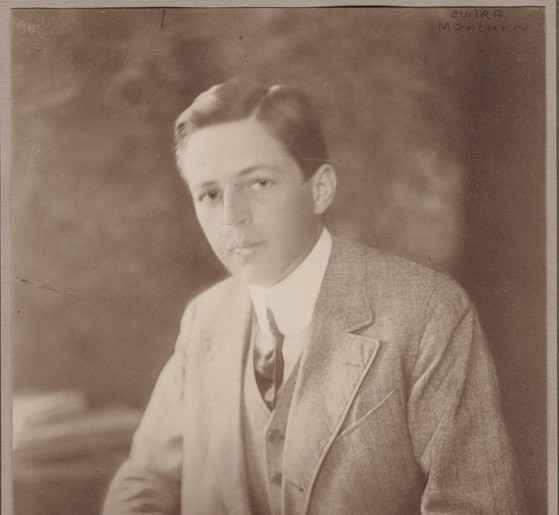 From the Wall Street Journal: Book Review: ‘The Tortured Life of Scofield Thayer’ by James Dempsey // By Micah Mattix

Scofield Thayer, the eccentric patron of the influential modernist literary magazine the Dial, had an ambivalent relationship to modern literature and detested almost everything to do with modern life. Though the Dial published T.S. Eliot’s “The Waste Land” (1922), Thayer found the poem “disappointing” and generally disliked what he called Eliot’s “mincing, priggish, pedantic” prose. He called Ezra Pound’s “Cantos” “silly” and thought that James Joyce’s “Ulysses” was a failure. “Never before since the world began,” Thayer writes in his unpublished papers, “has a man of such talent written so dull a book.” While Thayer had supported Joyce with a gift of $700 in 1919 (about $10,000 today), he came to feel that Joyce’s early promise had been ruined by “the unintelligent adulation of the great public.” The Dial would pass on the opportunity to publish an excerpt of what would become ” Finnegans Wake. ” Thayer’s contradictions and accomplishments are the subject of “The Tortured Life of Scofield Thayer, ” James Dempsey’s sympathetic and pleasing study of this often overlooked patron and critic.

Thayer (1889-1982), the son of a wealthy Worcester, Mass., wool merchant, had revived the storied publication in 1920. The first new issue of the Dial introduced E.E. Cummings to the American literary scene with seven poems, including “Buffalo Bill’s” (“… how do you like your blueeyed boy / Mr. Death”). Thayer disliked “mere novelty,” as Mr. Dempsey puts it, so it may seem odd that he was one of Cummings’s earliest champions. But Thayer valued the poet’s Romanticism and formal mastery and defended his idiosyncratic typography, which, Thayer wrote in the Dial, Cummings had “commandeered and impressed into his poetic service.” While Thayer criticized Cummings privately, in public he was the staunchest of supporters.

James Sibley Watson, the Dial’s co-publisher, valued experimentation more than Thayer did, but the magazine would not have lasted long had it not been for Thayer’s relative conservatism, which kept it from running afoul of United States obscenity laws—a common fate for avant-garde publications. Thayer’s attention to detail (he once pulped and reprinted an entire issue because of a single typographical error) and deep pockets (the Dial lost $100,000 in its first year alone) helped to make it one of the most prestigious “little magazines” of its time.

Thayer would serve as editor, and also bankroll the Dial, until 1926. He was 37 when he stepped down and would live in seclusion for the next 56 years. There were stories about his eccentricity and rumors that he was a homosexual, but little else was known. Some said that Thayer had gone insane (he had, in fact—paranoid schizophrenia). After resigning from the Dial, he moved in with his mother, traveling at first to Florida in the winters and spending short periods of time at local hospitals. He outlived his family and friends and spent his dotage writing mostly incomprehensible poems in English, French and German. By the time Thayer died, in 1982, most people had forgotten about him. Only the local Worcester newspaper ran an obituary notice.

In “The Tortured Life of Scofield Thayer,” Mr. Dempsey provides the first detailed account of Thayer’s life and of his important but conflicted support of modern writers and artists at the Dial. In addition to many of the above details, we learn that Thayer was in fact not gay. Ernest Hemingway infamously referred to him as “Scofield Buggaring Thayer,” and Thayer’s wealthy nemesis, Albert C. Barnes, an early supporter of the Dial who fell out with Thayer over the magazine’s art criticism, once threatened to tell everyone that he was a “pervert.” Susan Cheever, in her new biography of E.E. Cummings, refers to Thayer’s supposed “preference for adolescent boys.”

The assertion is understandable. Handsome but with feminine features, Thayer lost interest in his wife, Elaine Orr, within the first year of marriage and indeed paid Cummings (whom he met at Harvard) to entertain her, knowing full well that Cummings was also sleeping with her. Thayer divorced in 1921, never married again, and spent two years in Austria as a patient of Sigmund Freud.

Mr. Dempsey writes that Thayer’s papers and journals show that, while he “may have made an occasional foray into the homoerotic, he was also undeniably and indeed rampantly heterosexual.” Sex was an “aggressive act,” Thayer wrote, and the more innocent a female, “the more provocative and attractive” she is to the male’s “aggressive sexual instincts.” Mr. Dempsey speculates that the perversion Barnes mentions may have been Thayer’s infatuation with young girls.

Thayer was never an easy man to work for, and his paranoia only made things worse, Mr. Dempsey notes. Thayer blamed his psychological problems, in part, on his mother’s “immortal affection.” His close friend, Alyse Gregory, blamed Thayer’s secretary and occasional romantic partner, Eleanor Parker, who was a manic-depressive. Two years of weekly treatments by Freud in Vienna from 1921 to 1923 didn’t help, and when Thayer returned to Vienna in 1925, his state had worsened considerably. He was convinced that his mail was being read and went to great lengths to protect himself from his “enemies.” He had his mother address him as “Leo” in her letters, and he would occasionally receive his mail by way of his bank and sign his telegrams “Tolstoi.”

If Mr. Dempsey occasionally allows long block quotes to hijack his narrative, his central claim—that Scofield Thayer was a man divided—is both enthralling and convincing. Thayer valued tradition in literature, modernism in painting, manners in life and innovation in morals. He embodied the cosmopolitanism of the age but could not tolerate the commercial crassness that made such a life possible. “I have no home,” he writes in one of his 38 poems, “unless it is / The tortured excellence of the sea.” Sadly, Thayer lacked sea legs.

Mr. Mattix is an assistant professor of literature at Houston Baptist University. 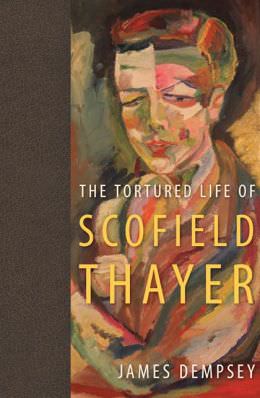