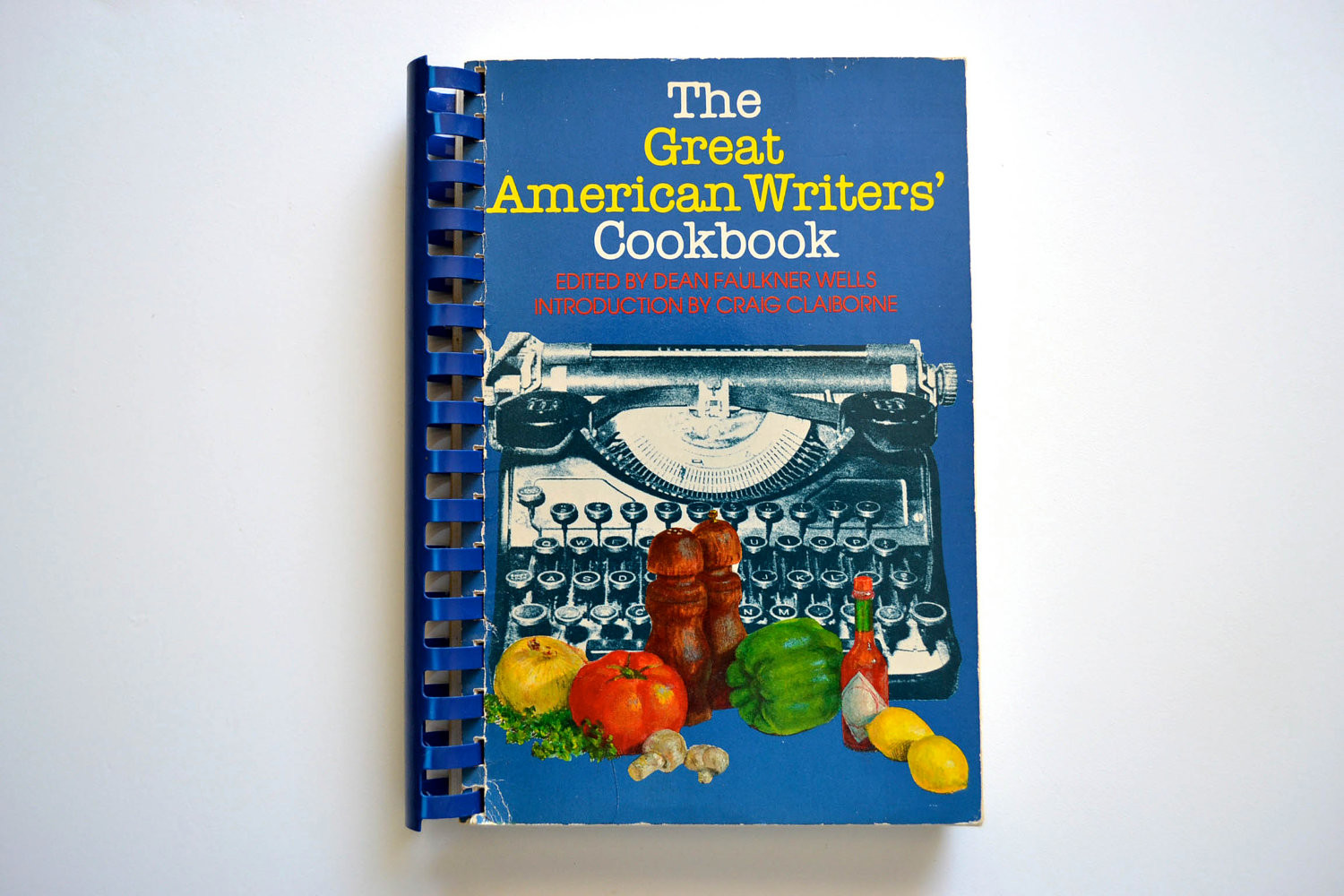 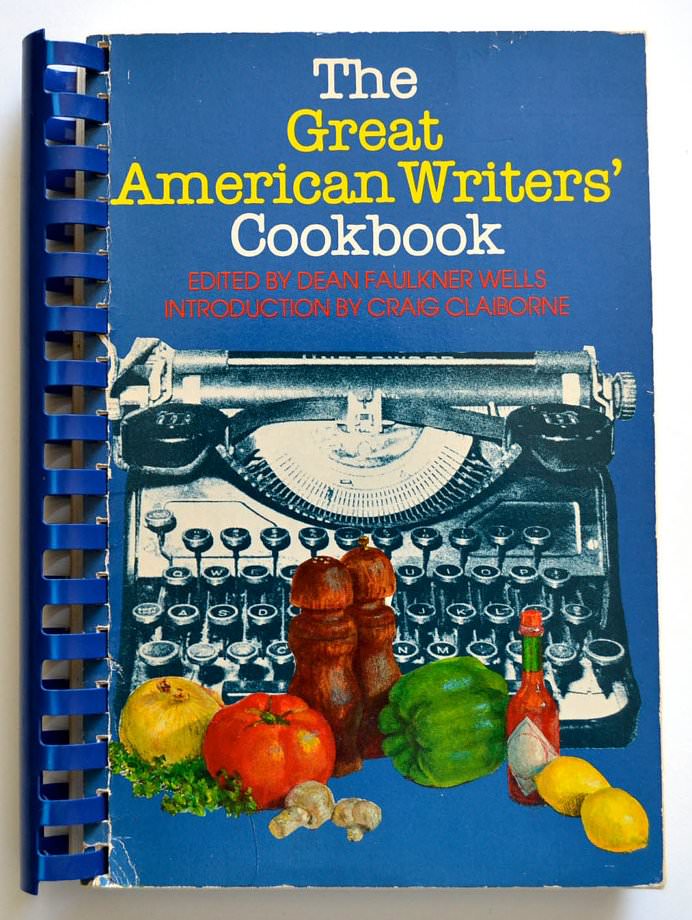 An excerpt: “The late 70s were politically tumultuous as scientific experimentation increased and the American public became wary of new technology following disasters such as the 1979 Three Mile Island nuclear accident. By 1981, the nuclear arms race had intensified to a peak tension where Mutually Assured Destruction by the US and Soviet Union was generally accepted. These years also witnessed John Lennon’s assassination, the eruption of Mount St. Helens, and the tragedy of the space shuttle Columbia. The Great American Writers certainly had enough serious material to work with. This cookbook provided humor to diffuse some of the apprehension many Americans were likely feeling in response to these historical events.”

About the book: The Great American Writers’ Cookbook, edited by Dean Faulkner Wells and with an introduction by Craig Claiborne, Oxford: Yoknapatawpha Press, c1981.