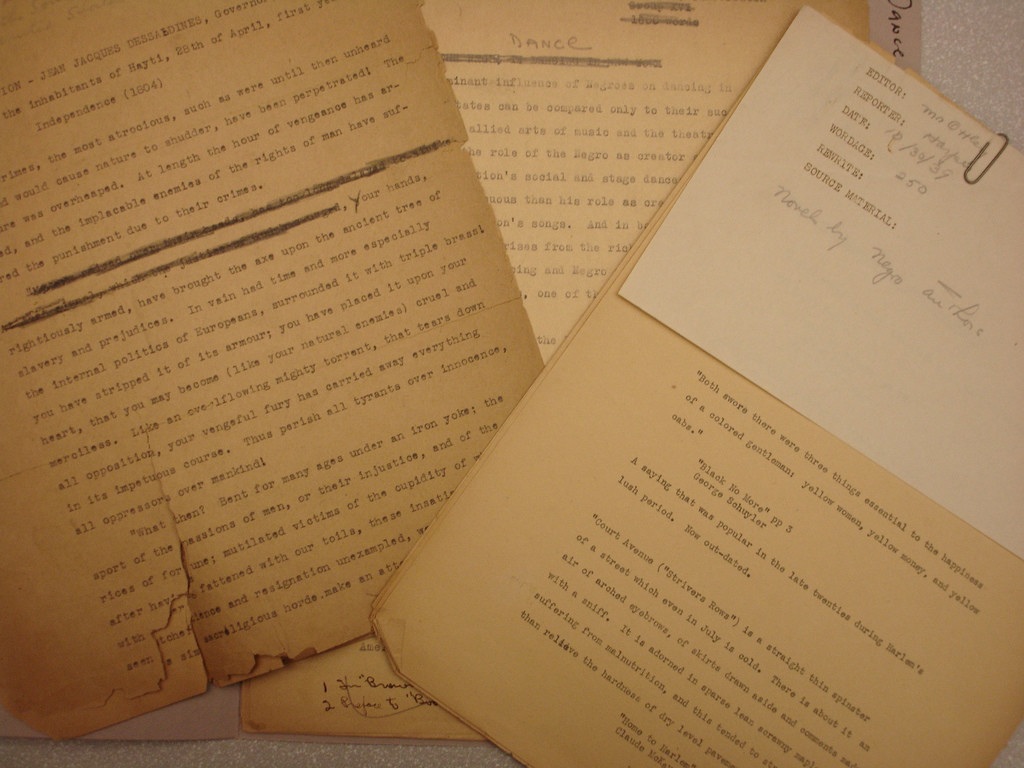 The James Weldon Johnson Memorial Collection has recently acquired a group of working manuscripts prepared by African American writers for the Writers Project of the Works Progress Administration in the mid 1930s (see: Federal Writers’ Project Negro Group papers, 1927-1940). The typescript essay drafts that remain of the project, which may have been titled “Life Ain’t Been No Crystal Stair: An Informal History of Negros in New York,” include work by Ralph Ellison, Claude McKay, Charles Siebert, and many others. The proposed project seems never to have been completed and the majority of the work in this collection of manuscripts was never published in this form. Among the many writers and subjects represented are the following: Ralph Ellison on the Anti-Slavery Movement in the US; Abram Hill on Negro Poets; Charles Siebert and Ted Poston on the Underground Railroad; Henry Lee Moon on Ben Fletcher and the IWW; Claude McKay on Negro Theatre; Hugo Gellert on Negro Folk Songs (a later version of this essay was published in The Masses,); Lasalle Best on Negro Musicians in New York; Roy Ottley on The Reaction of Southern Negroes in New York City. A record for the collection can be located in Orbis, the library’s catalog:  Federal Writers’ Project Negro Group papers, 1927-1940.

Images: manuscript pages from “No Crystal Stair” (click on any photo to see a larger view).