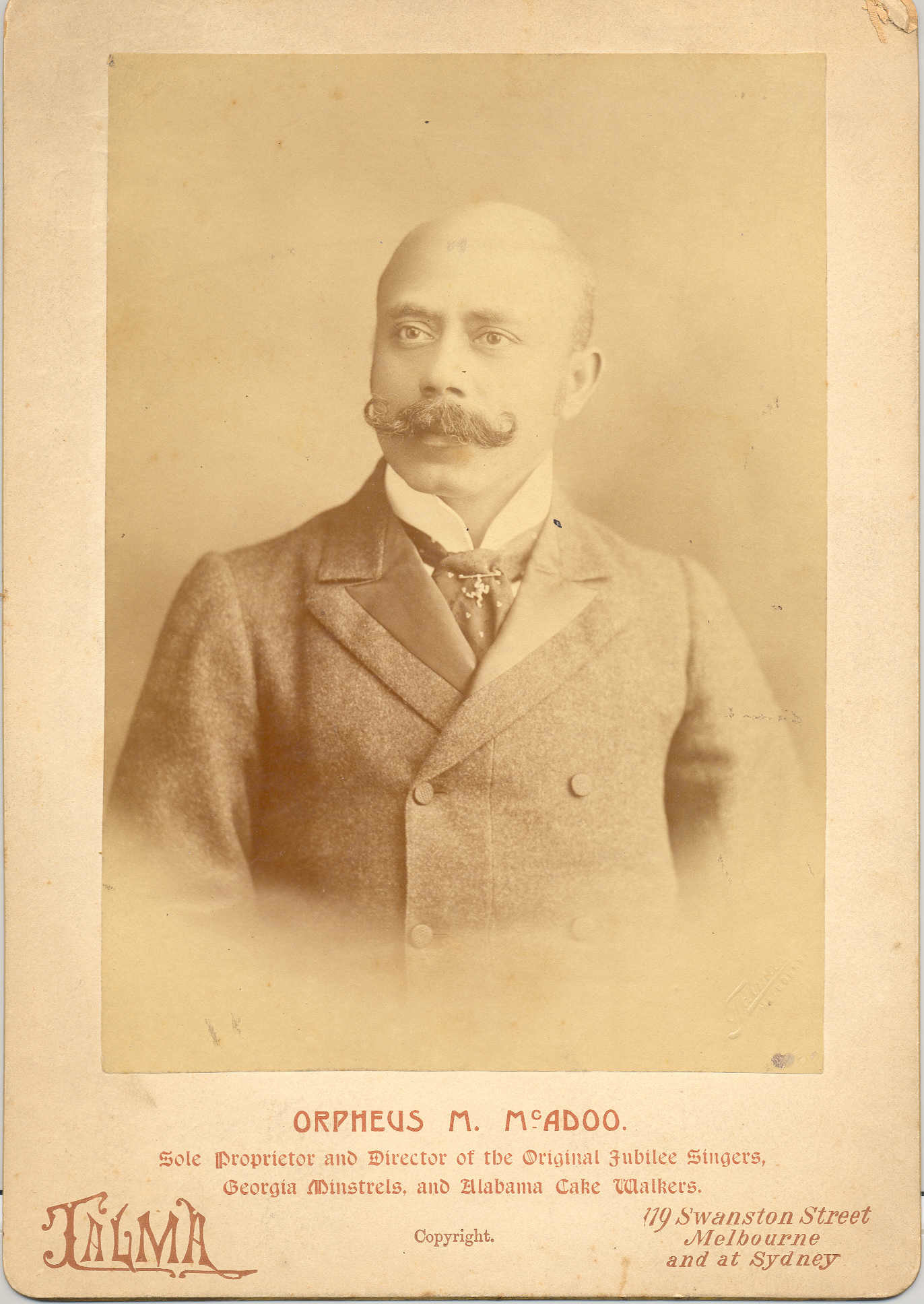 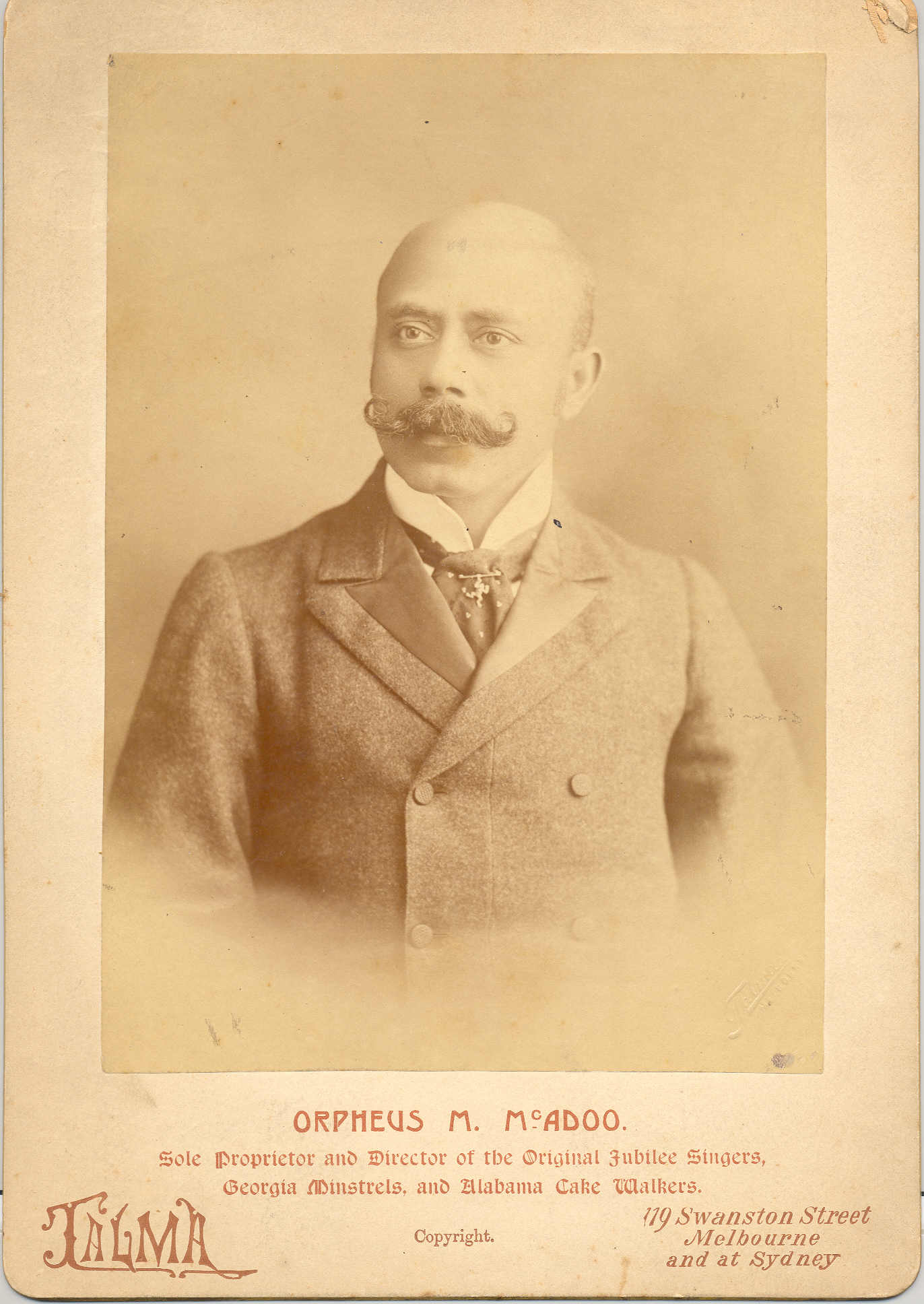 Orpheus McAdoo was born in Greensboro, North Carolina on January 4, 1858. He graduated from Hampton Institute in 1876, and taught school in rural Virginia for three years and then at the Hampton preparatory school for several years. In 1885, McAdoo joined Frederick Loudin’s Jubilee Singers, also known as the Original Fisk Jubilee Singers, and toured with the group in London and Australia. He returned to the United States in 1889 to form his own group, the Virginia Concert Company and Jubilee Singers. Among the people he recruited were Belle F. Gibbons, his younger brother Eugene McAdoo, Madame J. Stewart Ball, his future wife Mattie E. Allen, and Moses Hamilton Hodges.

Mattie Allen McAdoo was born in Columbus, Ohio, circa 1868. After graduating from high school, she taught school, before joining Orpheus McAdoo’s Virginia Concert Company and Jubilee Singers as a contralto soloist. She married McAdoo in 1891, and gave birth to a son, Myron, in 1893.

Beginning in 1890, the McAdoos’ Virginia Concert Company and Jubilee Singers toured the British Isles before traveling to South Africa, where they had a great deal of success, performing in large cities as well as more remote regions of the country from 1890 to 1892. In 1892, the company embarked on a tour of Australia and New Zealand. They returned to South Africa in 1895 for a second extended tour, at which point McAdoo transformed the group from the Virginia Concert Company and Jubilee Singers to McAdoo’s Minstrel and Vaudeville Company and broadened the list of performers to include variety artists in addition to singers.

McAdoo’s company headed back to Australia in 1898. While the company toured Australia, McAdoo returned to the United States in 1899 to assemble a full-scale modern African American minstrel troupe, which he named the Georgia Minstrels and Alabama Cakewalkers. The newly-formed company toured Australia from 1899 to 1900. Six weeks after the end of the tour, on July 17, 1900, McAdoo died and was buried in Waverly Cemetery, Sydney. 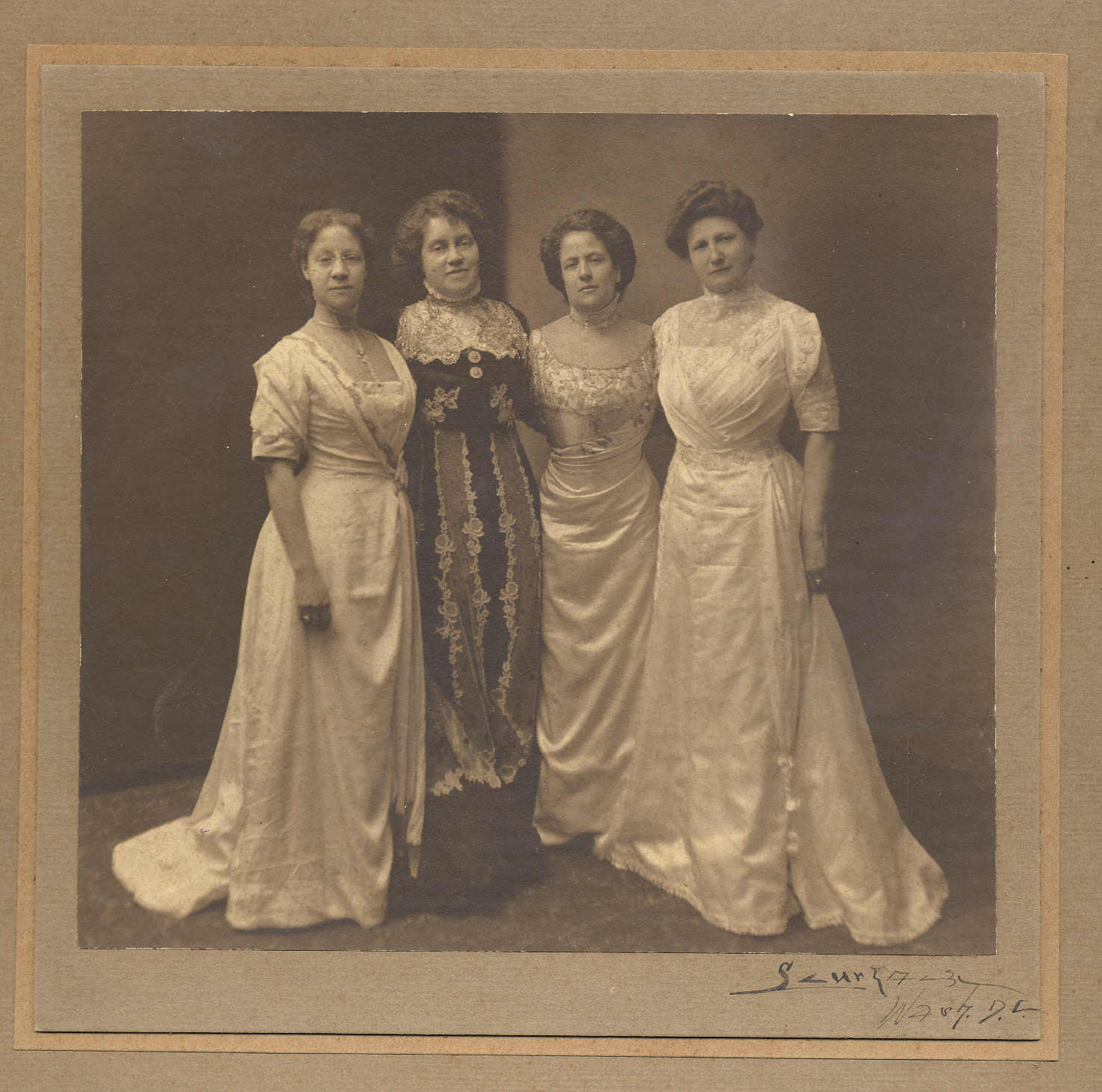 After her husband’s death in 1900, Mattie McAdoo returned to the United States with her son. She performed as a singer with her sister, Lula Allen, and her brother, Robert Allen. Later in life, she worked for the Phyllis Wheatley YMCA in Washington, D.C. Mattie McAdoo died in 1936. (Biographical information is drawn from Lynn Abbott and Doug Seroff, Out of Sight: The Rise of African American Popular Music, 1889-1895, Jackson: University Press of Mississippi, 2002, pp. 119-140.)

Highlights include scrapbooks containing announcements, clippings, and ephemera for the Fisk Jubilee Singers Tour of Australia in 1886-1888 and “McAdoo’s Virginia Jubilee Singers and Concert Company, Clippings from Papers throughout Australasia” in 1893-1895; photographs of Orpheus McAdoo, Mattie Allen McAdoo, and one or more of McAdoo’s troupes (possibly the Virginia Jubilee Singers and/or the Georgia Minstrels and Alabama Cakewalkers); and artifacts, such as beads, beaded jewelry, a spearhead and pipe, presumably collected by the McAdoos while on tour in South Africa.

Also found are the license and invitation for the marriage of Orpheus and Mattie McAdoo and the certificate and announcement for the birth of their son, Myron; sheet music for songs perhaps performed by Orpheus McAdoo and Mattie Allen McAdoo; numerous family photographs (many of which are unidentified); personal and financial papers of Mattie Allen McAdoo; and material relating to various members of the McAdoo and Allen families, including Myron McAdoo, Myra McAdoo, and Lula Allen. (JM & TE) 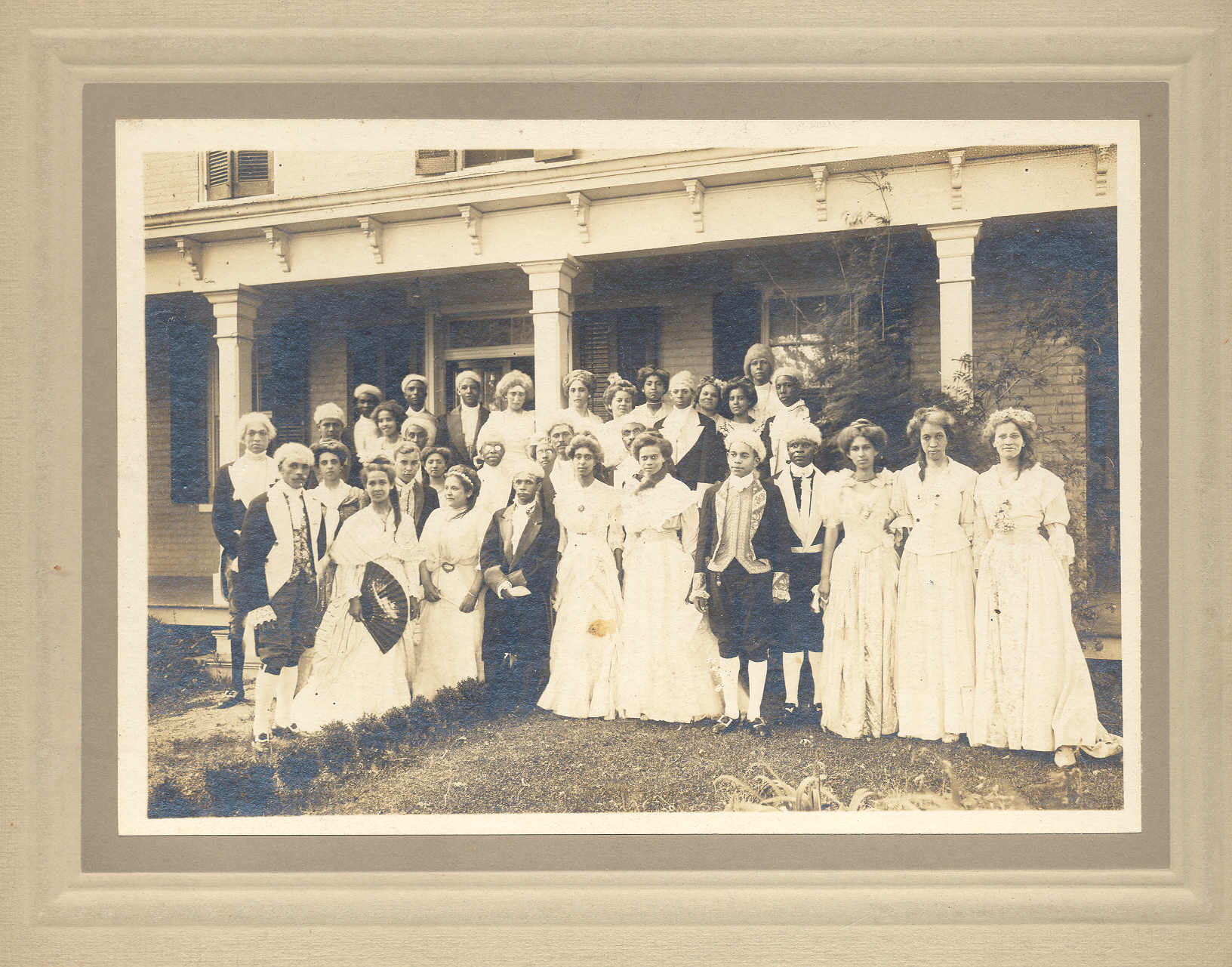