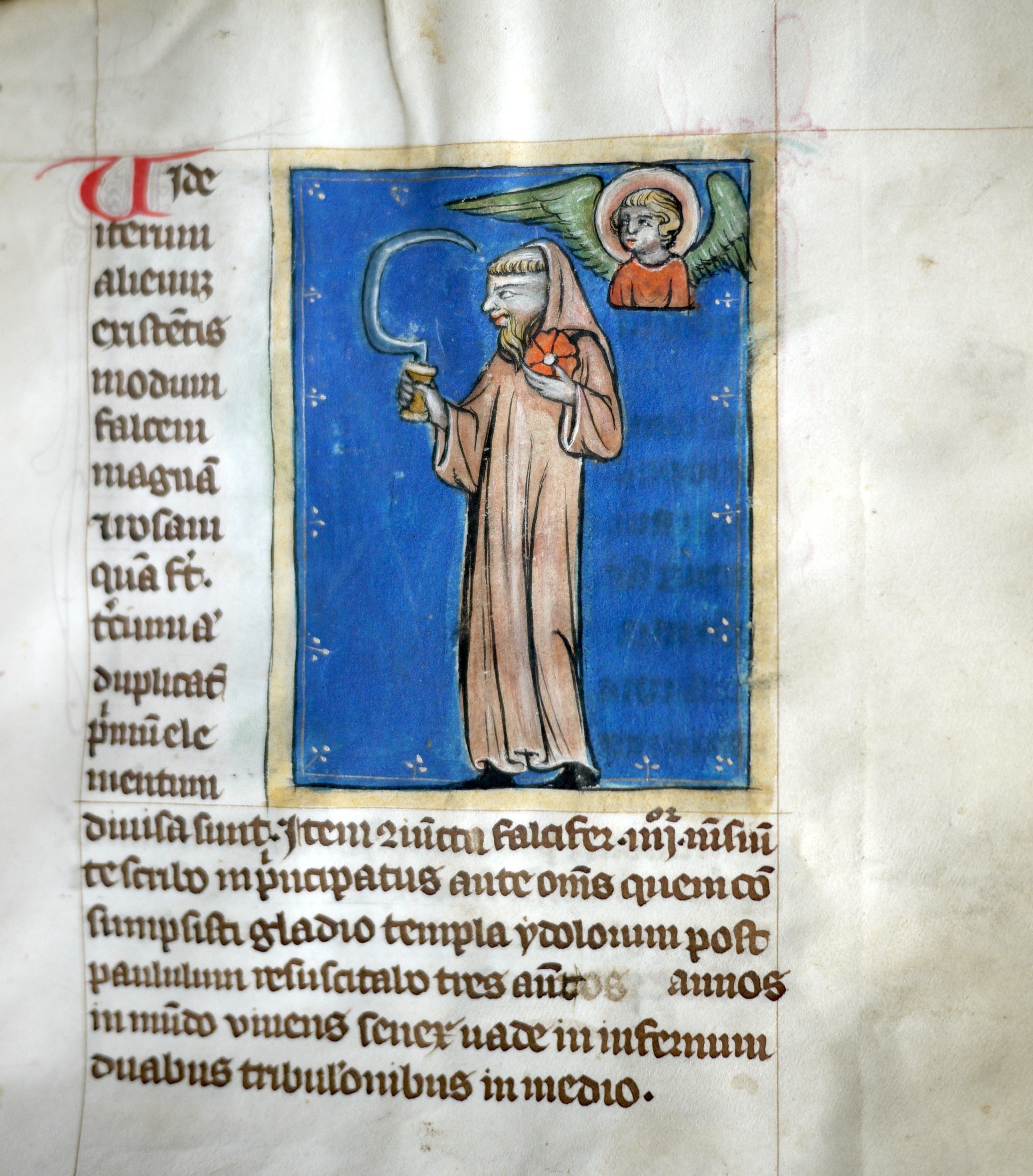 The Beinecke Library has a beautifully illuminated fourteenth-century copy of the Vaticinia de summis pontificibus, a text that purports to foretell future popes and prophecies relating to them.

The saintly Celestine’s abdication and replacement by the decidedly worldly lawyer-pope Bonifice VIII stimulated much anxious speculation about what these events meant for the future of the papacy and the Church. In fact, Boniface, worried that Celestine might return as an anti-pope, had him captured and imprisoned in a castle at Fumone, where he died ten months later.

By back-dating the work and including several past or current popes, the Vaticinia appeared to predict future popes. The Vaticinia was attributed to Joachim of Fiore and was expanded until the Reformation, with both Catholics and Protestants using it to demonize the other.  In early copies there are fifteen popes; in later copies an additional fifteen popes are added for a total of thirty. The earliest Vaticinia manuscripts date from the late thirteenth century, so around the time of Celestine’s abdication. In the text itself no mention is made of which pope each prophecy refers to, but later speculators often wrote the names of the supposed popes in the margins beside the text or image.

Marston MS 225 does not contain marginal annotations, but we know from other manuscripts and from identifying features that the prophecy on f. 19 refers to Celestine. Marston MS 225 contains several additional prophetic texts, including the Tiburtine Oracle and the Leo Oracles.  Thanks to Robert Halloran for the image from Marston MS 225.