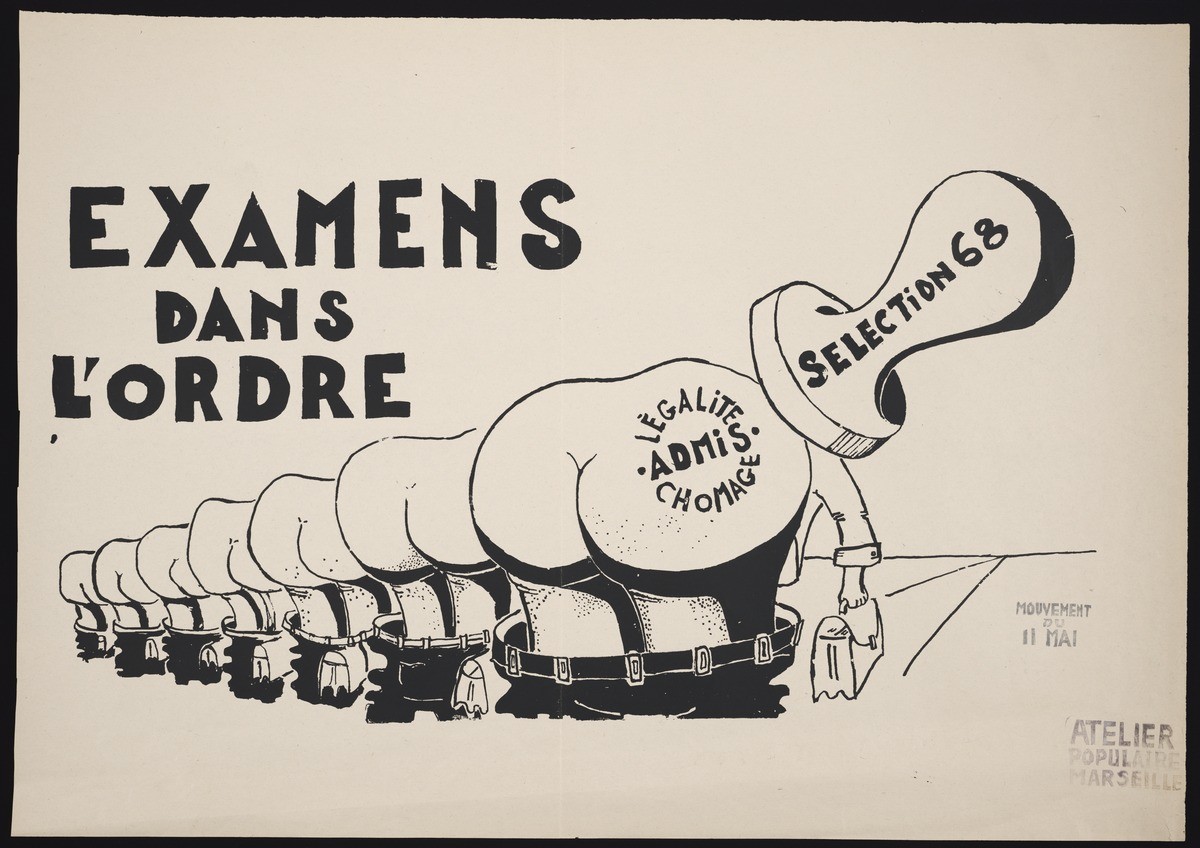 The student revolts of 1968 in Paris have assumed an iconic status in modern history.  With a long tradition of popular uprising and revolution, the French sought (once again) to paralyze the government and engineer change from the ground up.  What began as student protests turned into a full-fledged global phenomenon; a conflagration of youth and fringe culture radicalizing and resisting bourgeois authority.  1968 was a turning point for social change: from sexuality, race relations, women’s rights, to hippies, drugs, music, anti-war demonstrations, entirely new sensibilities were being formed across several demographics.  It’s the stuff of socio-cultural legend.

Paris ‘68 remains the most monumental and most deeply entrenched rebellion to this day in collective memory, perhaps because of the prolific output of graphic protest posters, paintings, pamphlets, and more.  These materials and images were “weapons in the service of the struggle and are an inseparable part of it,” and provide a visually striking point of entry into the event that is wholly absent in mere narrative.  Beinecke is excited to have available for study 85 posters from Johan Kugelberg’s collection of works made at “Atelier populaire.”  A group of students and teachers from the Ecole des Beaux-arts, the “Atelier” made posters to agitate the spirit of rebellion.  These posters served as primary vehicles for disseminating information among participating students and workers.  What’s more, such artifacts are rarely found in such pristine condition; most were destroyed in the course of marching and rioting.  Many pamphlets and newspapers in his collection were physically recovered from the street by Phillipe Vermès, the founder of the Atelier populaire.  They truly offer a firsthand account of this explosive moment, as well as offering “immediate visual representation of the aesthetic of revolt and grassroots rebellion.” (Statement from Atelier populaire)

Out of the 85 incredible posters I include just a few here, but be sure to check them out in Beinecke’s digital collection, and of course, in the reading room. 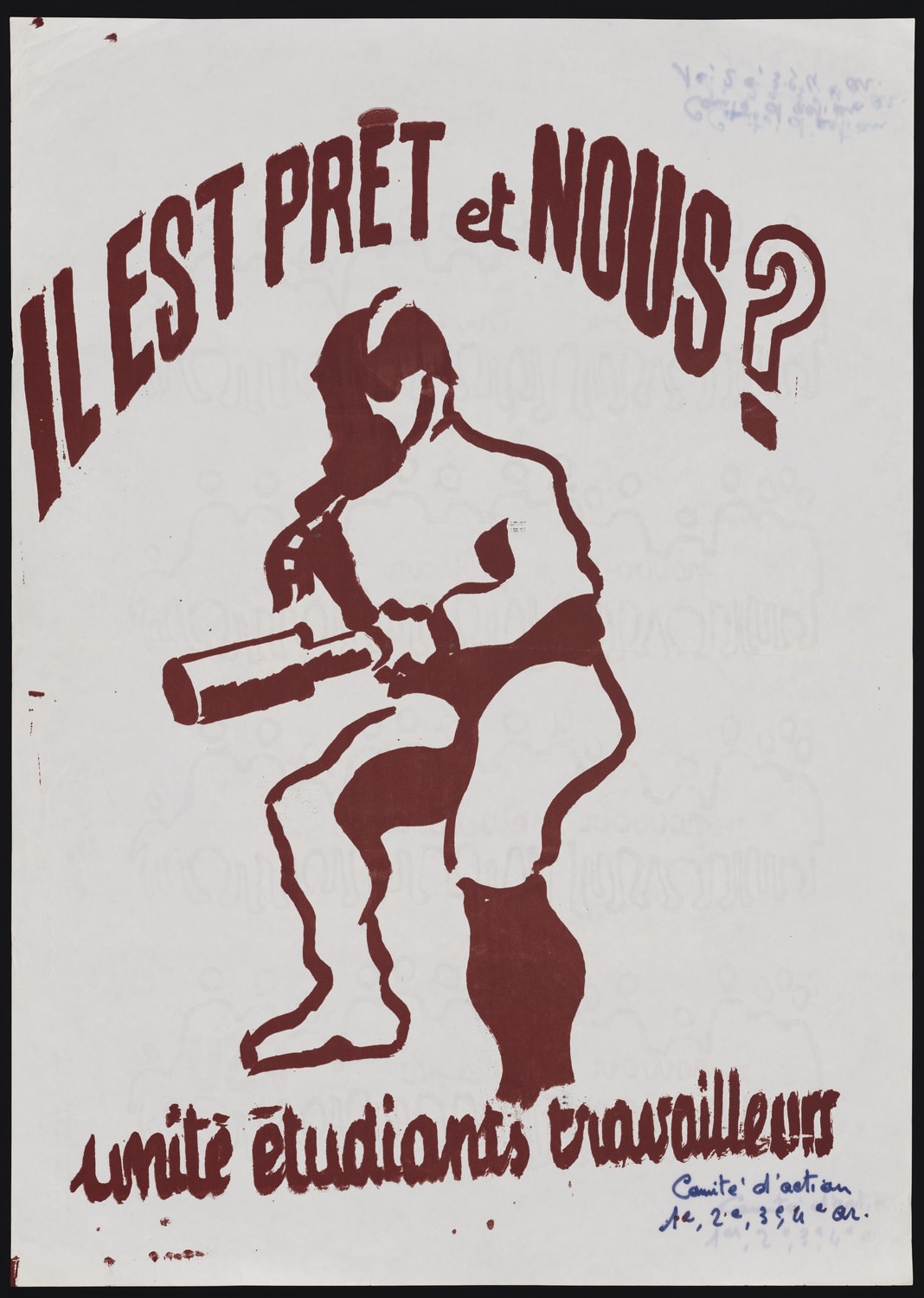 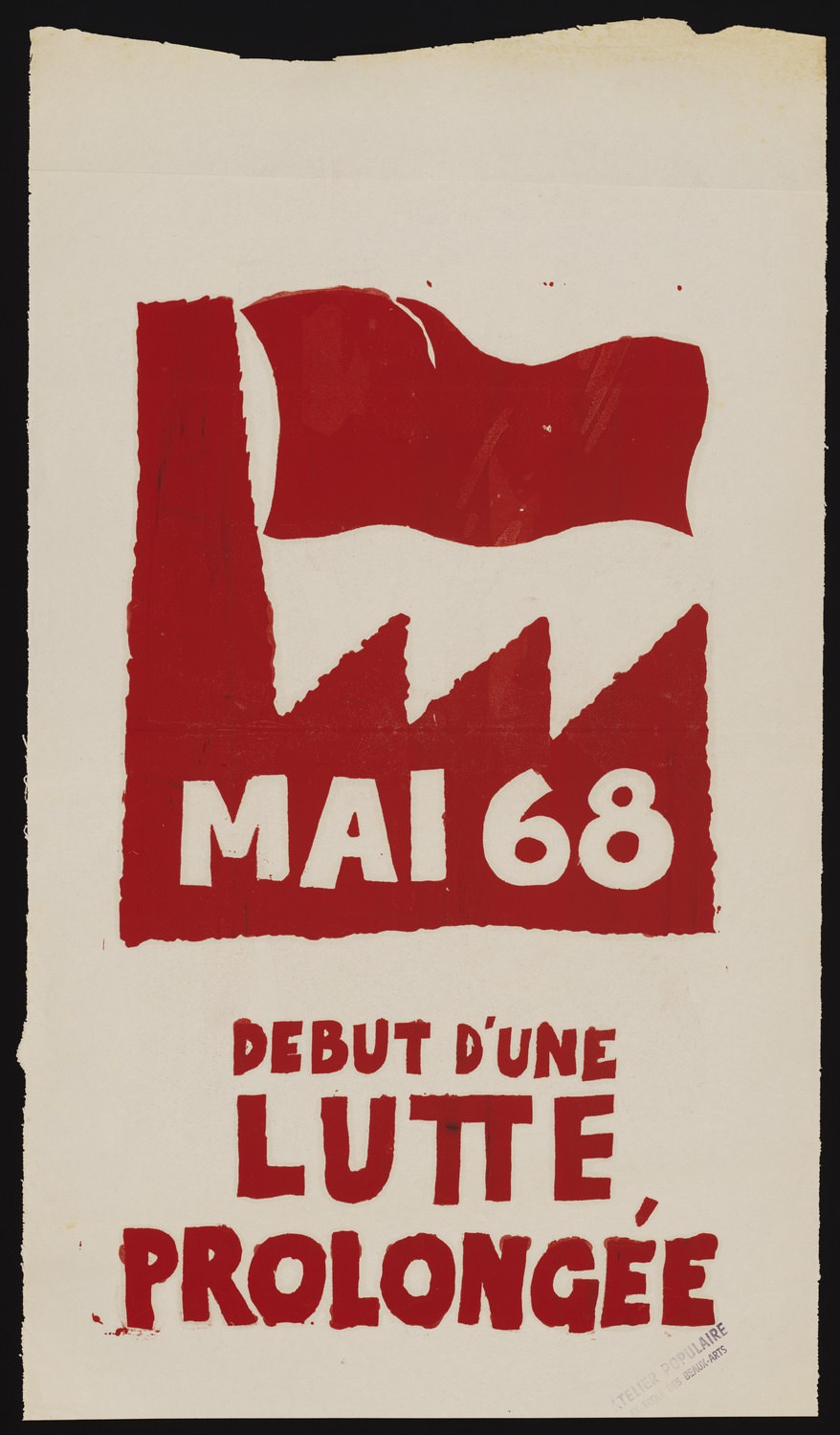 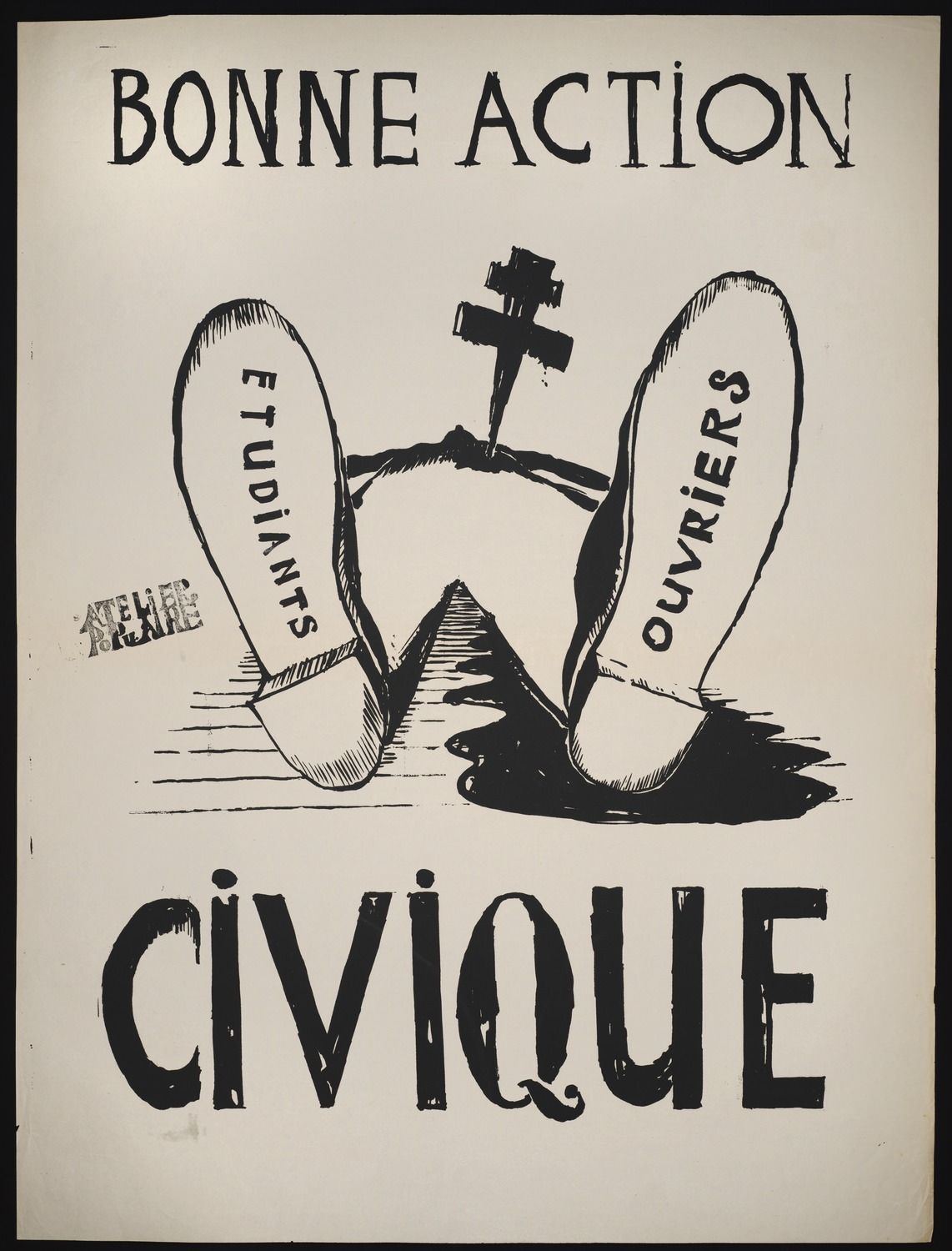 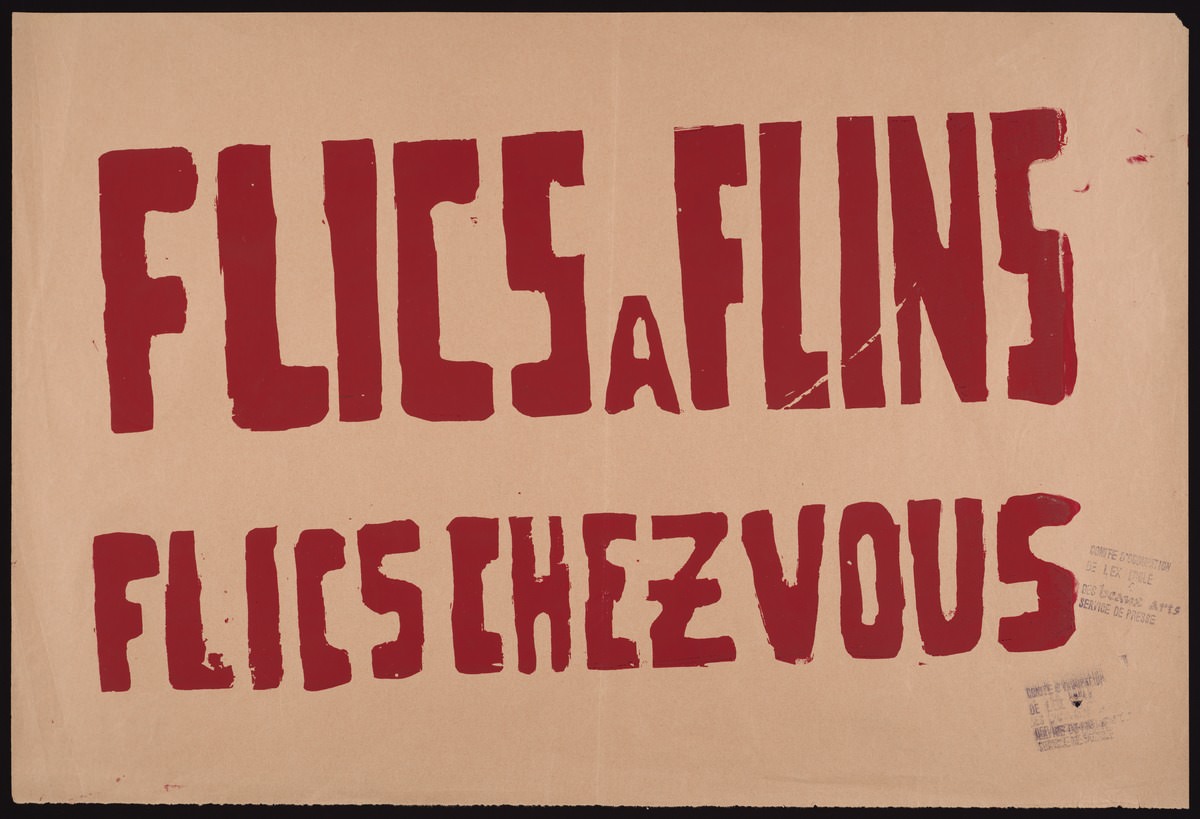 “The cops at Flins, the cops in your home”
(Flins is a town near Paris. ‘Flic’ is a derogatory term for police officer) 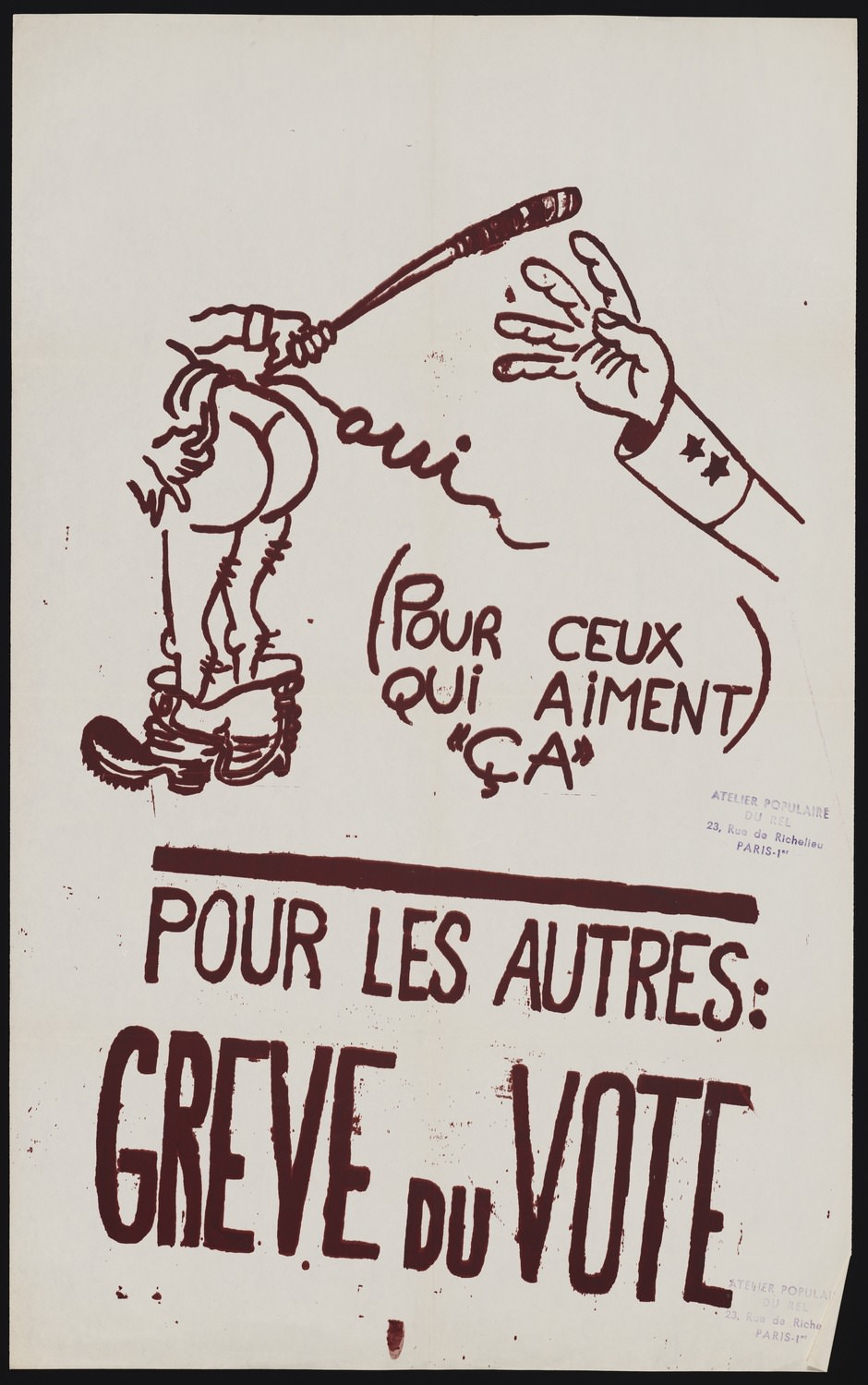 “For those who like ‘that’…For everyone else: boycott the vote!”