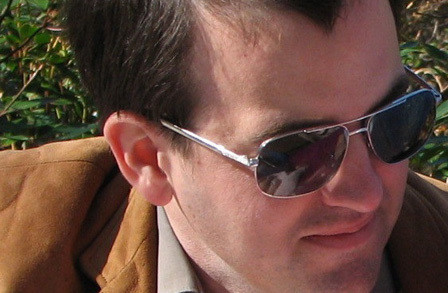 Devin Johnston is the author of several collections of poetry, including Sources (2008), a finalist for the National Book Critics Circle Award,Aversions (2004) and Telepathy (2001). His prose writing includes the critical study Precipitations: Contemporary American Poetry as Occult Practice (2002) and Creaturely and Other Essays (2009). A former poetry editor for the Chicago Review from 1995-2000, Johnston co-founded, and co-edits, Flood Editions with Michael O’Leary. He lives in St. Louis and teaches at Saint Louis University.

Poet, translator, and editor Anna Moschovakis is the author of two books of poetry, You and Three Others Are Approaching a Lake (Coffee House Press, 2011), winner of the James Laughlin Award from the Academy of American Poets, and I Have Not Been Able to Get Through to Everyone (Turtle Point Press, 2006). Her translations from the French include Albert Cossery’s The Jokers (New York Review Books, 2010), Annie Ernaux’s The Possession (Seven Stories Press, 2008), and Georges Simenon’sThe Engagement (New York Review Books, 2007). Her awards include fellowships from the New York Foundation for the Arts and the Fund for Poetry, and a translation fellowship from Le Centre National du Livre. Since 2002, Moschovakis has been a member of the publishing collective Ugly Duckling Presse, in the capacity of editor, designer, administrator, and printer. She currently teaches at the Pratt Institute and at Milton Avery Graduate School for the Arts at Bard College.