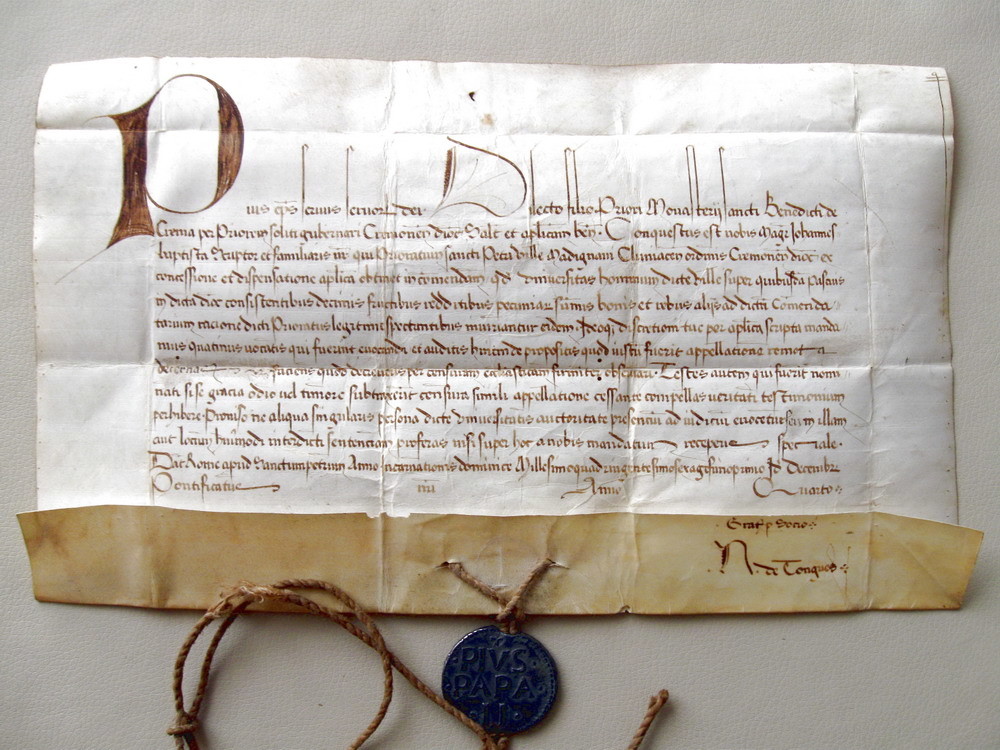 This is a recently acquired papal letter written by Pope Gregory IX in 1234.  Papal letters are called bulls after the lead seal affixed to the document called a bulla.  Such documents were fairly common in European archives until the Reformation, after which many of them became useless and were destroyed.