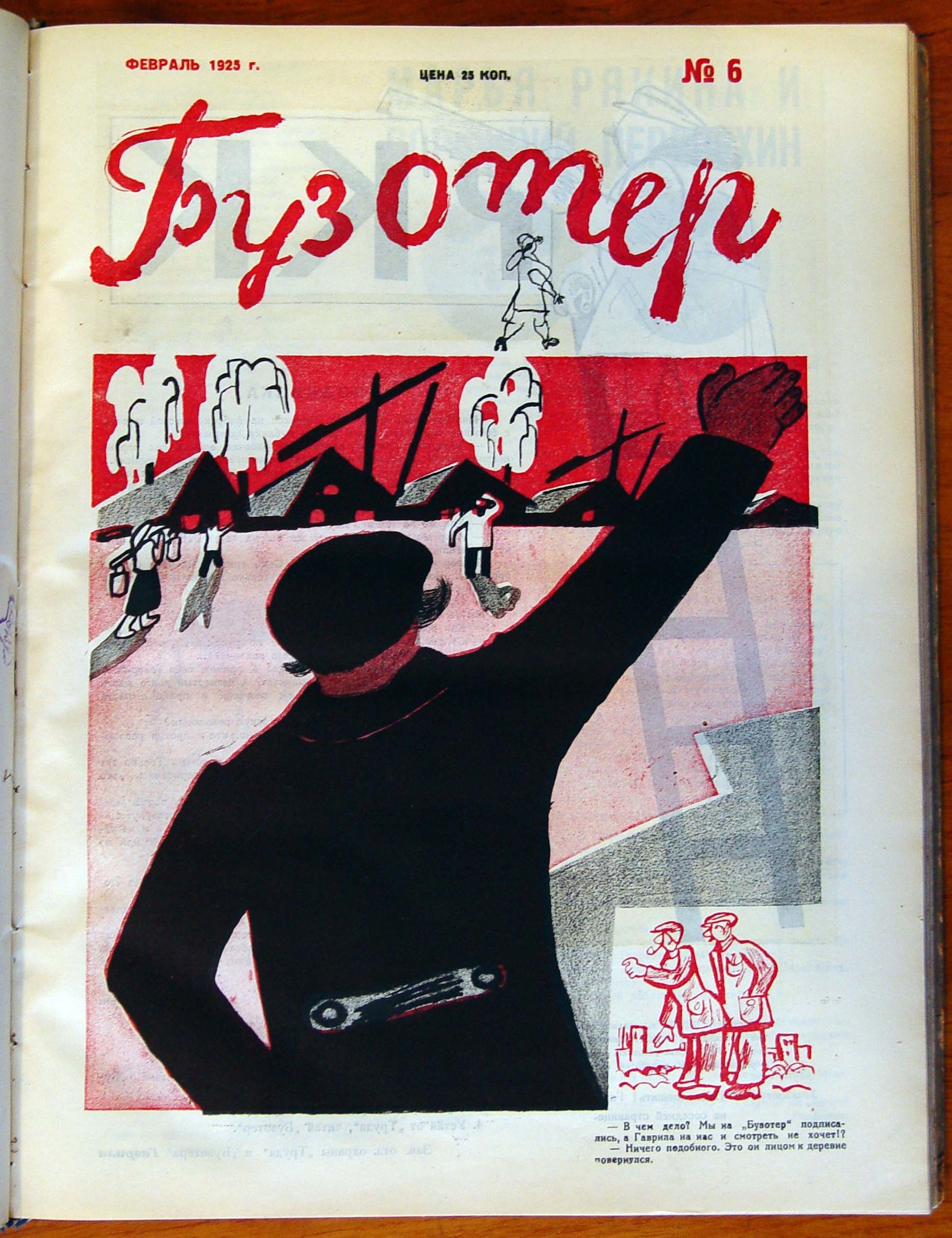 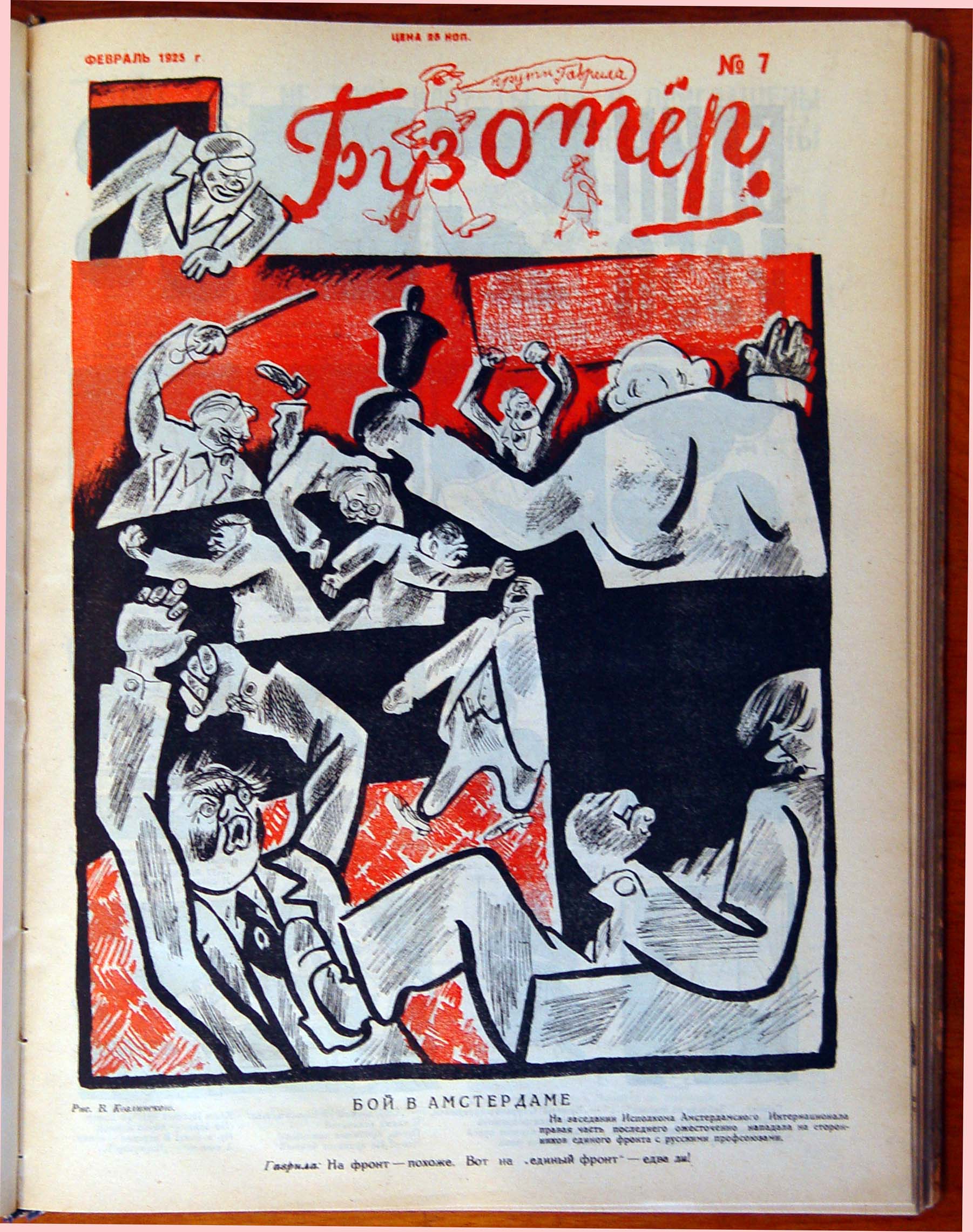 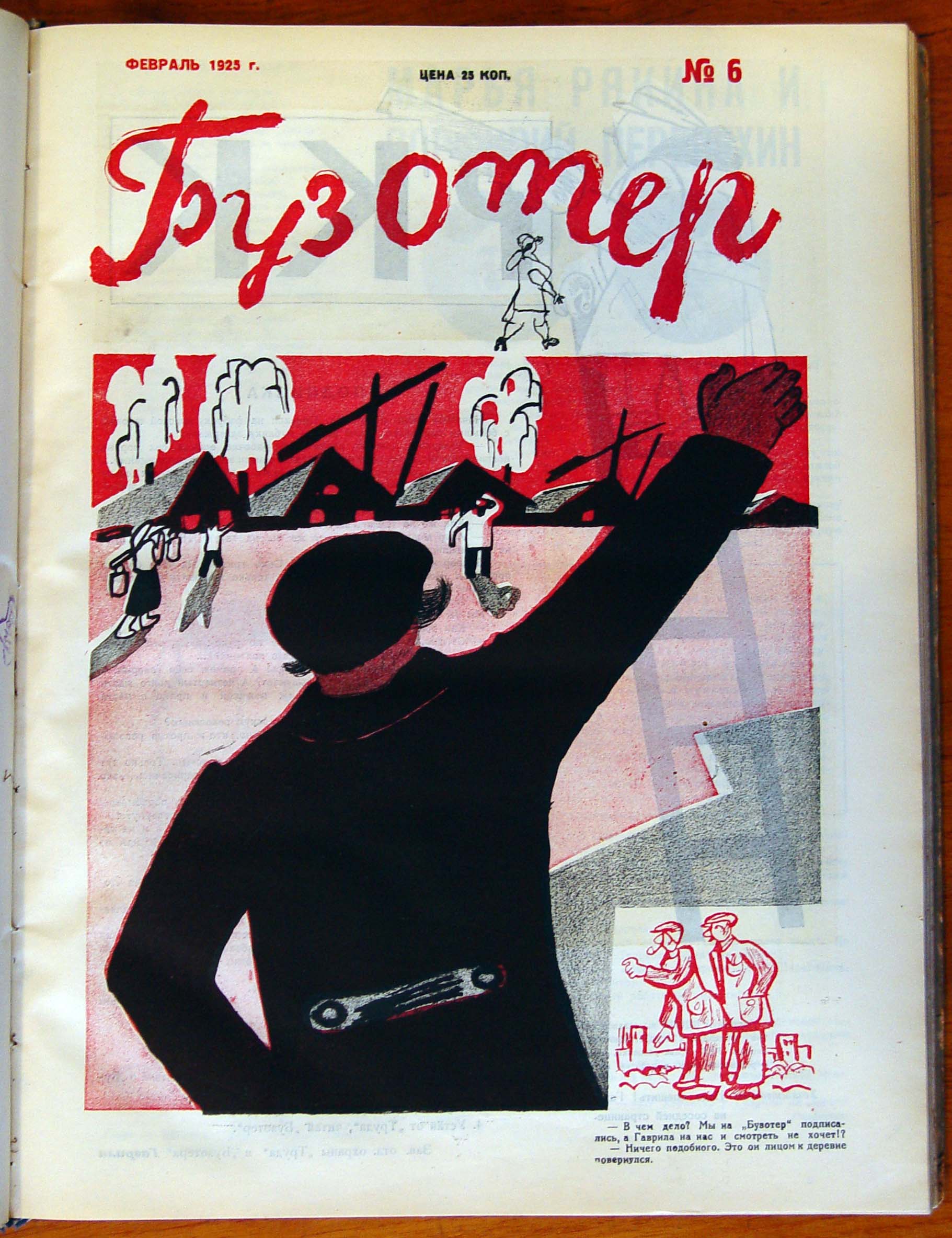 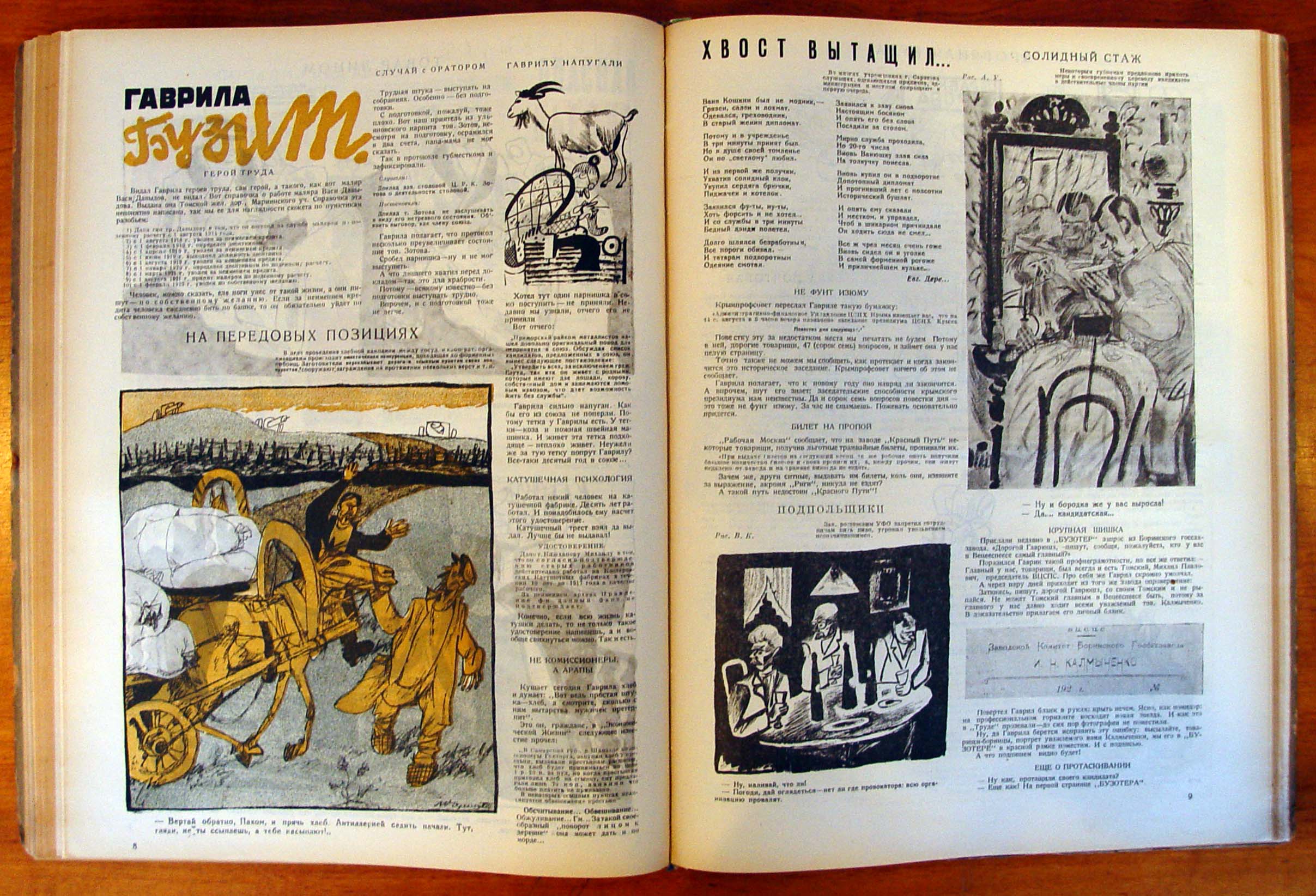 When the first Russian Revolution broke out in 1905, writers and artists leapt at the chance to fill the void opened by the sudden collapse of censorship. No less than 309 new satirical magazines started publication during the brief window of 1905/1906, though most survived only for a few issues before being shut down and (in many cases) their editors being put in prison. The lavish use of color illustration make these underground papers a startling document of the intellectual ferment, but also the artistic sophistication of a milieu that suddenly had the opportunity to express itself boldly and in the public domain. Most of the artists who contributed to this first generation of radical satirical magazines were associated with the revival of Russian arts and international currents of the Symbolist movement, most strongly represented by the Mir Iskusstva group, which was heavily involved in the revolutionary outpouring of art and vitriol. While many of them later avoided association with the Bolshevik revolution and the Bolshevik regime, artists such as Evgenii Evgenievich Lansere, Isaak Izrailevich Brodskii, and Msislav Valerianovich Dobuzhinskii participated in the artistic outpouring after 1917, although by then a younger generation of Futurists, Constructivists, and Suprematists led the charge (at least until they were suppressed under Stalinism and the doctrine of “Socialist Realism.”Buzotër is a fascinating product of the ecclectic currents at work in the early years of the Soviet Union. The magazine itself displays strong similarities to the satirical magazines of 1905/1906, in format, content, and the strong use of color in bold illustrations not only on the covers but also in between. Yet stylistically, much of the caricature here is inflected through the lens of later movements–Constructivism, Expressionism, and Dada are particularly apparent–and many of its contributors belonged to the younger generation that had declared its independence from Mir Iskusstva and Symbolism already before the First World War. Among the new “Troublemakers” contributing to the magazine were Vladimir Ivanovich Lebedev, Aleksei Radakov, Nikolai Kupreianov, and others. 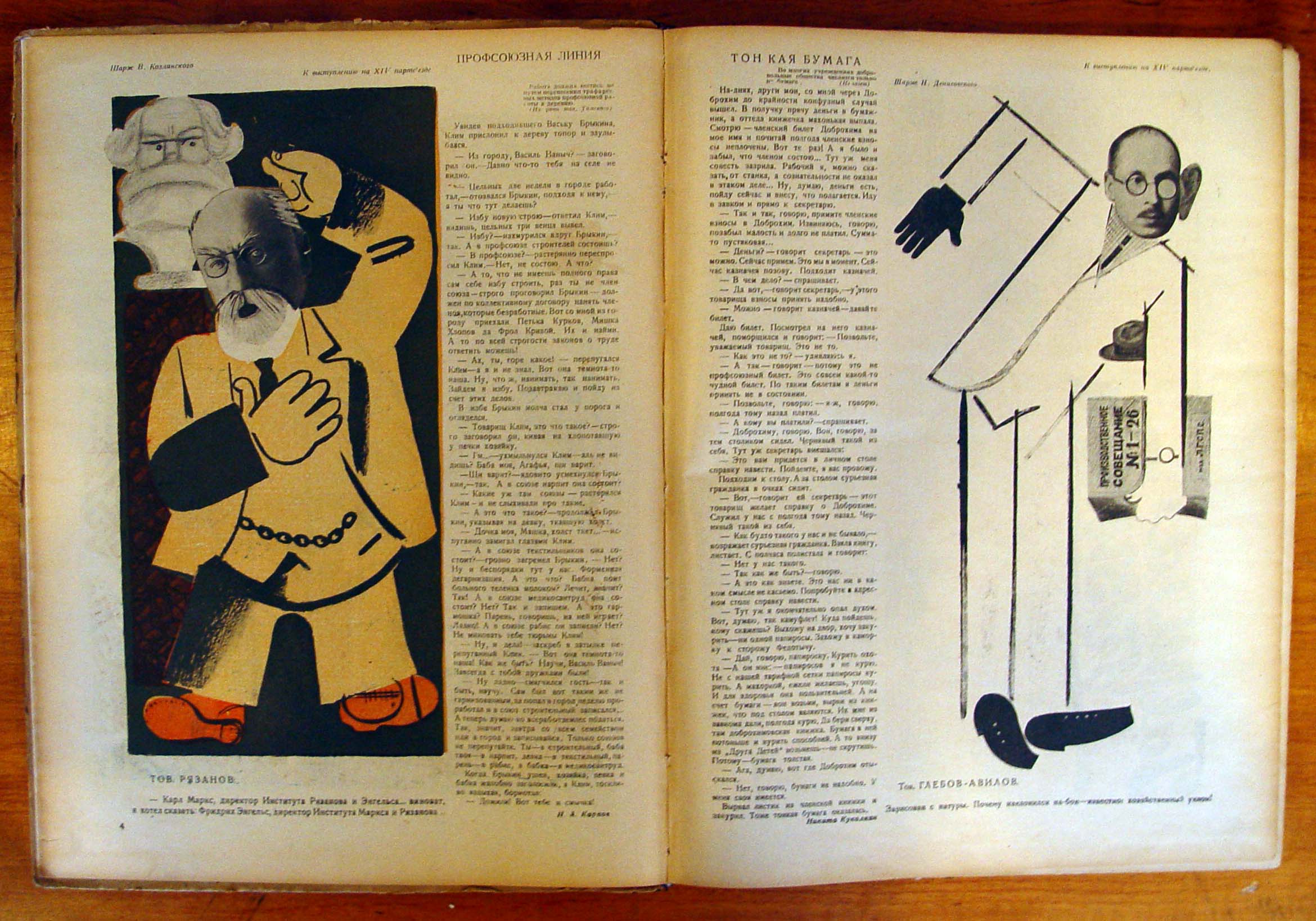 For an extensive sampling of complete issues from the first wave of Russian satirical magazines, see our link from the digital library: http://beinecke.library.yale.edu/digitallibrary/russiangraphic.html