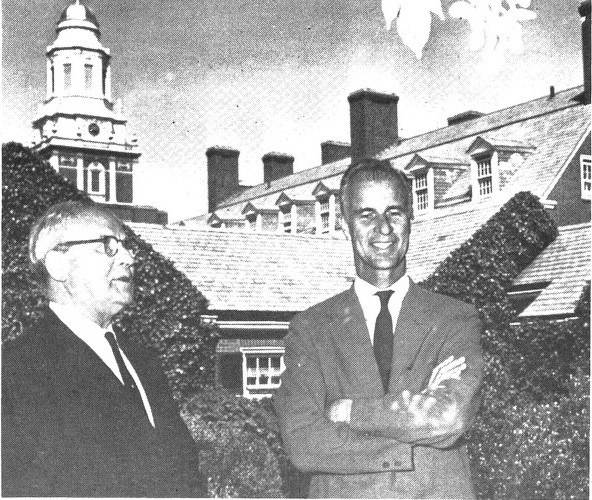 An excerpt: On May 25, 1965, John Hersey was just over three weeks away from his 61st birthday and qualified for practically any writing job one could offer him. He was a fiction writer of the highest caliber: his 1944 novel about the Allied occupation of Italy, A Bell for Adano, had won the Pulitzer Prize, and his 1950 novel about the Jewish ghetto in Warsaw, The Wall, had been awarded the Daroff Award from the Jewish Book Council of America.1  In 1953, he had become the youngest writer to ever be elected to the American Academy of Arts and Letters.3 Still, Hersey was perhaps best known as a prolific journalist, a man who had traveled to China, the South Pacific, and the Mediterranean as a correspondent for Time and Life during World War II and whose Hiroshima, chronicling the experiences of six individuals who survived the atomic bomb explosion and its aftermath, was so powerful that, for the first time in history, The New Yorker dedicated its whole issue (on August 31, 1946) to printing the piece in its entirety.3 Albert Einstein allegedly ordered a thousand copies. Bernard Baruch wanted five hundred. The Book-of-the-Month club’s director sent the piece for free to all members because it was, “hard to conceive of anything being written that could be of more importance at this moment to the human race.4”

And yet, on that Tuesday evening in May 1965, John Hersey accepted a position that had
few ties to writing, a post that, at least in the eyes of those bent on preserving the history, tradition, and insularity of higher education, he was woefully unqualified. That night, Yale University President Kingman Brewster, Jr., appointed Hersey Master of Pierson College, a job that entailed playing counselor, mentor, and surrogate father to 350 students and 75 fellows living in one of Yale’s 12 residential communities.5 Hersey would become the first man to assume such a position who was not an academic.6 New York Times called the appointment, “another departure from the academic custom under Kingman Brewster Jr., president of Yale. Masters are usually picked from the faculty. Nearly all of them continue teaching.7” Not only had Hersey never taught at Yale, but he also did not plan to begin doing so once he moved into his new three-story residence at 231 Park Street in the summer of 1965.8